As January’s cultural scene slowly begins to ramp up, here are two weekend picks for you:

If you’ve never heard a professional organist play the Elizabeth V. Lyles Pipe Organ in the Fresno State Concert Hall, you owe yourself the experience. (Fun fact: The impressive instrument was built by the Martin Ott Pipe Organ Company in St. Louis and installed in 1996.)

You’ll get that opportunity when Kimberly Marshall, who has an illustrious performance and academic background (at one point she was dean of postgraduate studies at the Royal Academy of Music), returns to the Philip Lorenz Memorial Keyboard Concerts series on Sunday, Jan. 7.

“I remember her wide range of repertoire spanning nearly 400 years of music history,” he says. “She is a respected scholar with vast knowledge of all the styles and great interest in researching historic instruments. All that makes her an incredibly competent and informed performer.”

Her Sunday program is titled “Genesis of Genius: Influences on Bach’s Organ Music,” and consists of works by J.S. Bach, Frescobaldi, Buxtehude, and Raison.

“I think it’s a fascinating and well thought-out program,” Werz adds. “She is trying to draw connections between J.S. Bach and earlier composers. For example, about 20 years later J.S. Bach used material from Raison’s Passacaglia for his famous Passacaglia in C Minor.”

The concert is a collaboration with the San Joaquin Valley Chapter of the American Guild of Organists, which has been partnering with Keyboard Concerts since 1996.

Kingsburg is one of just 10 communities nationwide to host the touring exhibition “Courage and Compassion: Our Shared Story of the Japanese American WWII Experience.” The show will reflect on the Japanese American experience from Pearl Harbor through the end of the incarceration and into the redress movement that resulted in the Civil Liberties Act of 1988.

One of the fascinating things about the exhibition is the fact that each presenter — in this case the Kingsburg Historical Society — has a chance to add local flavor and color:

In addition to telling the national story, the exhibit will feature interviews with local residents, and artifacts documenting experiences such as the story of local boy Robert Yano leaving the Gila River Concentration Camp to join the famed 442nd Regiment to fight in Italy and Germany. Yano eventually returned to the Kingsburg farm he and his family were forced to leave. Stories of successful Japanese American merchants who carved out a little-known history of Japanese influence in the Swedish community of Kingsburg will also be highlighted.

The exhibition is presented by the Go For Broke National Education Center, which focuses on the valor of Japanese American veterans of World War II.

I understand that members of the Kingsburg Historical Society have been preparing for this exhibition for two years and are excited that Kingsburg is the smallest of the 10 communities hosting it nationwide. It sure seems like a coup for the society. 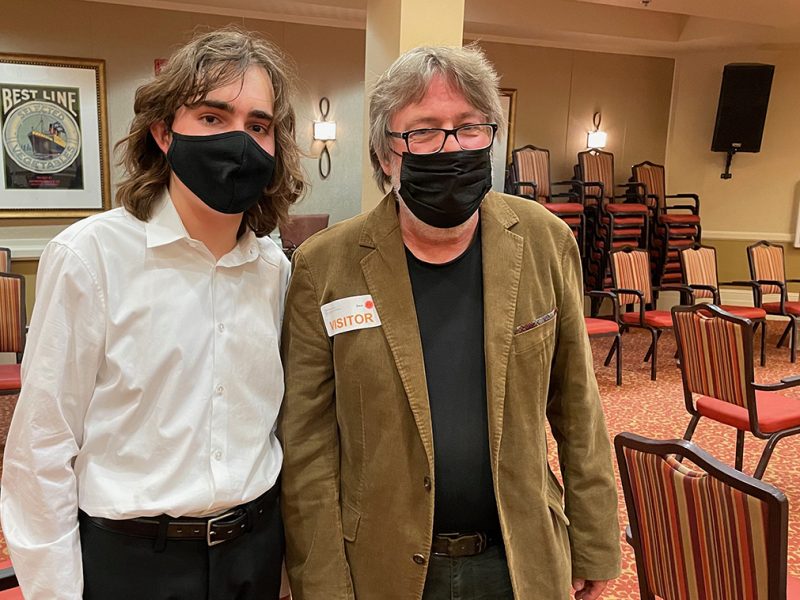 Fresno-area groups struggle with uncertainty and financial hardships, but the will to survive is strong