The premise: The residents of a little Vermont town aren’t exactly breaking down the doors of the modest community center to take a six-week acting class there. The teacher, Marty (Aletha McFerrin Lang), has only managed to enroll four students — and one is her husband, James (Michael Harrison). But Marty presses on, running her motley group through a series of acting exercises, word games and deep-drill psychological activities that slowly begin to reveal the inner lives of the characters.

The background: The playwright, a Pulitzer Prize-winner, made a big splash with “Circle Mirror Transformation,” which in 2009 shared the Obie Award for best new American play with “The Aliens,” also by Baker. Critics hailed the play’s spare, realistic structure, which offers lots of realistic dialogue (complete with the awkward pauses, incomplete thoughts and verbal tics that mark the way that people really speak), along with the surprisingly deep emotional shafts that it manages to burrow.

The storyline: As each week’s acting class — set in a windowless room bathed with brash fluorescent light — unfolds, we’re given tantalizing (but never comprehensive) glimpses into the characters. (Logan Wippern’s nuanced lighting design elevates the material.) Schultz (Jay Parks) is a 40s-something, romantically wounded carpenter flailing after the breakup of his marriage. Theresa (Rachel Hibler), a decade or so younger, is a recent transplant from New York City. She’s also reeling from a bad breakup. Lauren (Ciara Montana), just 16, either wants to be an actor or a veterinarian. Shy and troubled, her family background is rocky. And we get to know a little more (but never a lot) about the cracks in James and Marty’s marriage.

The acting: Hibler, in a performance that blends terse nervous energy and a raw, radiant sadness, is a standout. So is Montana, whose character goes from almost comatose to hesitant self-confidence. The play’s unforgivingly realistic dialogue is a much, much greater challenge for community theater actors than the polished, glib, “never say um” discourse found in most plays, and this production can get a little wobbly in that regard. Sometimes McKnight allows the long pauses and hemming/hawing to become too dominant, creating an awkwardly artificial sensibility all its own. And there are times, such as in an “improvised” theater-game exchange between Lang and Harrison that morphs into a fiercely personal encounter, when the realistic-dialogue conceit needs to give away to a more polished, theatrical approach to capture an emotional high point.

The moment I won’t forget: Because of the small ViSTA Theater and the way that McKnight conceived the use of the space, with the audience on two sides, I feel as if I’m in the acting class itself. At one point, Parks is sitting almost directly across from me while Hibler delivers one of her character’s monologues, and his body language toward her — arms folded, expression dour, gaze shifting, all a radical shift from just a few scenes before — is so realistic that I forget for a moment I’m in a play and instead am watching a real-life relationship devolve.

The takeaway: It’s a treat to see this compelling and subtle play in such an intimate setting, and I salute these courageous artists for tackling the material.  And it’s a chance to see the type of cutting-edge, “indie” theater that doesn’t often make it to Fresno. Beyond its textured insights into the complexities of human interactions, “Circle Mirror Transformation” reminds us that every human is in some way or form an actor. We choose to present a “role” to the world. But dig a little deeper. At the core of the most average person is a weird and wonderful tale waiting to be told. 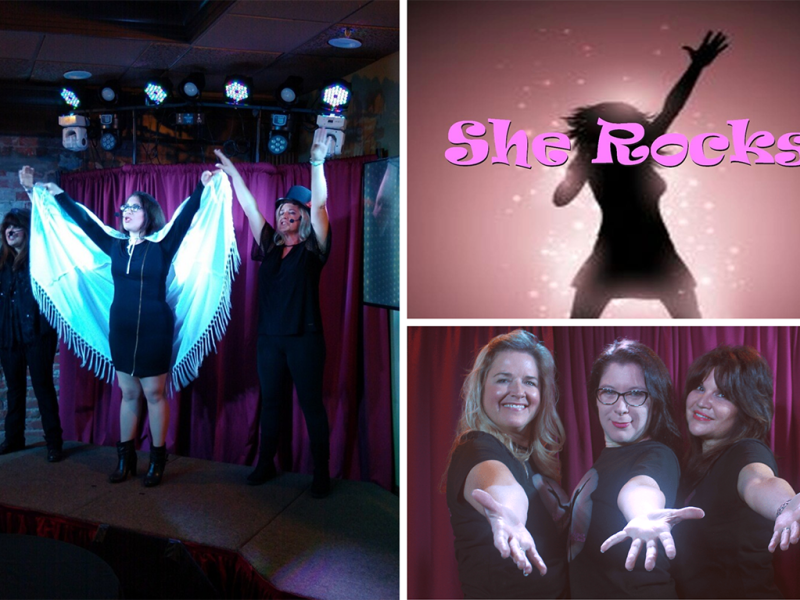