What do you call a weekend during which the gold medal winner of the 2017 Van Cliburn International Piano Competition comes to play an intimate concert in Fresno? Pretty amazing. Plus: The Fresno State Symphony Orchestra kicks off its season. A roundup:

Yekwon Sunwoo hit it big in the classical piano world with his Van Cliburn gold medal. And traditionally, that means a visit to Fresno not too long afterward.

“We have a pretty good record of getting the gold winner very quickly,” says Andreas Werz, artistic director of the Philip Lorenz International Keyboard Concerts series. “We have a longstanding collaboration with the Van Cliburn competition.”

The piano competition — which Werz ranks as one of the world’s top three, along with the Tchaikovsky in Moscow and the Chopin in Warsaw — is held every four years.

He will play two great standards of the repertoire: Schubert’s Four Impromptus, D.935; and Brahms Sonata in F minor, Op.5.

A third piece, “Ramble on the Last Love-Duet” from “Der Rosenkavalier,” is an opera transcription. Werz is excited because he’s never heard it performed.

The chance to host a gold medalist is always a treat for Werz. The Keyboard series nabbed the last gold medalist, Vadym Kholodenko, the year after his 2013 win.

The tradition goes back a ways. Consider Jon Nakamatsu, who will be performing with the Fresno Philharmonic on Oct. 21. He won the Van Cliburn gold in 1997 and — you guessed it — played for Keyboard Concerts soon after.

The concert is co-sponsored by the Central California Korean Historical Society.

The concert will open with Beethoven’s dramatic Coriolan Overture, based on the story of Coriolanus, the Roman general who abandons his country to fight for the enemy and ends up dying instead of betraying his people. It will be followed by Schumann’s romantic Symphony No. 4, which he dedicated to his beloved wife Clara. It concludes with Dvorak’s Symphony No. 8, a free flowing and innovative symphony with strong influences of Bohemian folk music and Czech-flavored ingredients. 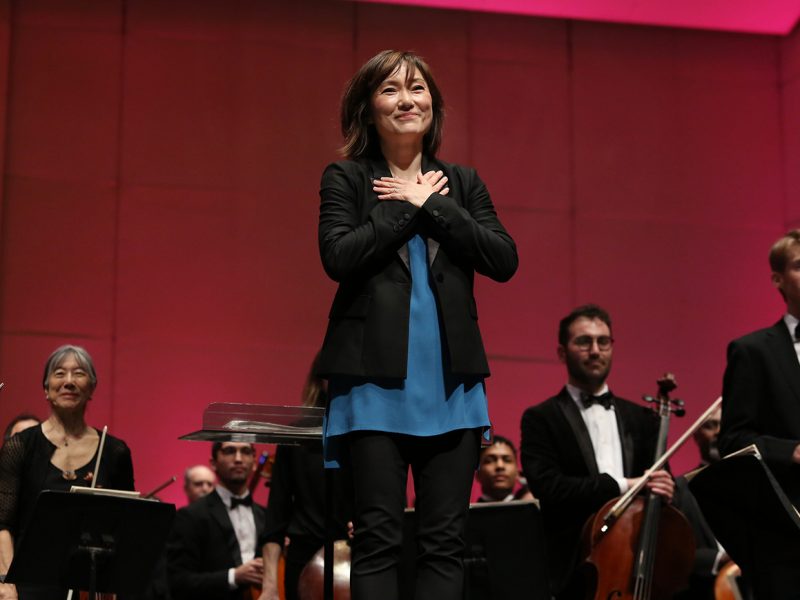