Fresno for Parks on Friday had some nifty news to share: Former Pelco CEO David McDonald is contributing $400,000 to the “Yes on P” campaign.

Voters in the City of Fresno will be voting Nov. 6 on Measure P. The Fresno for Parks campaign gathered more than 35,000 signatures to qualify the measure for the ballot. If approved, it will raise the sales tax ⅜ of a cent for 30 years, with the majority going to the parks system. Arts and culture would benefit greatly as well, to the tune of an estimated $4.5 million a year.

McDonald’s contribution is a hefty addition to the campaign’s war chest. David Taub of GVWire reported last week that the Yes on P committee raised $545,000 during the latest filing period, covering July 1-Sept. 22.

From the Fresno for Parks campaign:

In addition to his financial support, Mr. McDonald has agreed to serve as an advisor to the Measure P campaign with the objective of closing out the election with a positive and engaging campaign similar to the efforts made to pass Measure Z. He served as chairman and major contributor to the original Measure “Z” campaign in 2004 and was also an advisor and major contributor to the second successful Measure “Z” campaign in 2014.

In a press release, McDonald said: “The list of projects funded by Measure P will be transformational for Fresno, and I am proud to support an initiative that is both pro-parks and pro-public safety. Fresnans don’t have to choose between one or the other – both are achievable with Measure P.”

Want to make an impact on Fresno’s arts scene? Apply to be a part of Measure P 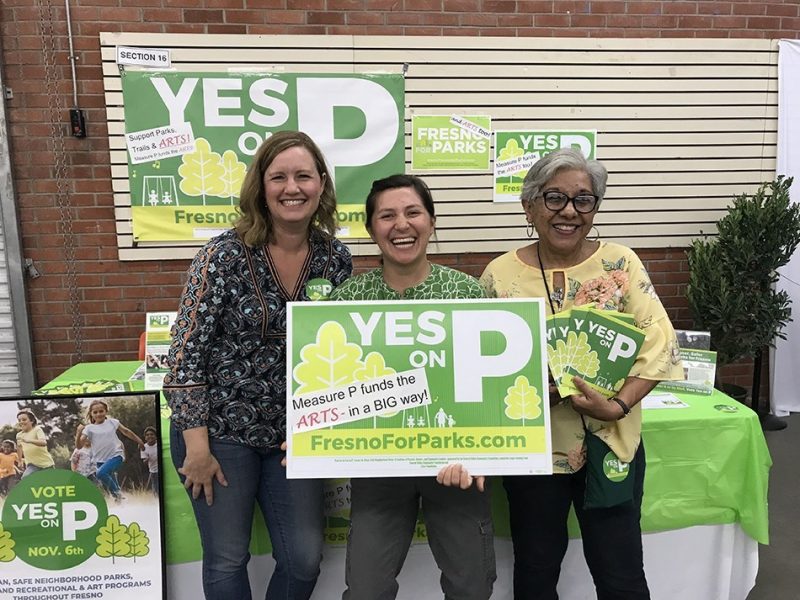 ‘P’ is for passed: With a favorable court ruling, things in Fresno are looking up for 2018’s Measure P