Fresno State’s theater department is offering a first in the university’s history: a production of a black musical. “Carmen Jones,” which opens Friday, May 3, and continues through May 11, is a Fresno premiere and features an all African-American cast.

On the May episode of “The Munro Review on CMAC,” I welcomed two of the production’s major actors: Joshua Slack, a theater major whose recent work is familiar to audiences in such shows as “Native Son” and “Much Ado About Nothing”; and Breayre Tender, a 2014 Fresno State graduate who went on to study at the Moscow Art Theatre and receive an MFA in theatre arts at Wayne State University in Detroit; she is returning as a guest artist. (She works as a professional actor, dancer and choreographer in film and theater on both coasts.) Her last Fresno State musical was “Cabaret.”

Here are some highlights of our discussion along with a few important things to know about the show:

It’s based on the opera “Carmen”: Once you hear the music, you’ll say to yourself: Yep, that’s familiar. The 1943 Broadway musical used the music of Georges Bizet (who composed the opera, which premiered in 1875) but used lyrics and a book written by Oscar Hammerstein II. The original “Carmen Jones” updated the opera to a World War II-era African-American setting. In 1954, the material was adapted into a film starring Dorothy Dandridge and Harry Belafonte. And in 2001, another adaptation, “Carmen: A Hip Hopera,” starring Beyoncé, became a TV movie.

An acclaimed stage revival last year in New York got a lot of attention: Anika Noni Rose headlined the Classic Stage Company revival as Carmen, now a parachute factory worker, who is caught in a love triangle with an airman and boxer.

The singing style: It isn’t operatic. The music is the same, but the style is soulful, Tender says.

Here’s the synopsis (but without giving too much away): During the 1970s, Joe, an ROTC student, is enrolled at a historically black college where Carmen Jones is employed at the campus cafeteria. The promiscuous Jones soon manages to steal Joe away from his fiancée and the ROTC; they run off to Chicago together. But the fickle Carmen loses interest in Joe when she meets and successfully woos Husky Miller, a prize fighter on his way to the top. What will happen to Carmen and Joe?

A take on the title character: “Carmen is just a woman trying to find love, and she’s trying to find love in a way that’s very genuine,” says Tender, who plays the role. “But, at the beginning of the play, she’s gotten to a point where she has not found love in a way that is genuine. The person she thinks she sees it in ends up not wanting her, but she keeps going after him because she’s drawn to people who don’t want her. It follows the love story of Carmen and this character, Joe, and you see where this love story ends up taking care of you at the end of the musical.”

This is Slack’s final production at Fresno State — and his first musical: He plays Joe, the love interest. It’s been a nice challenge to end his college theater career with. After graduating, he’ll attending the Art of Acting Studio in Hollywood, the sister location of the Stella Adler Acting Conservatory in New York. (The L.A. campus has a bigger focus on film than the New York location.) He’ll learn different acting techniques (on camera, improv, Shakespeare). “The final semester I get to work with casting directors and casting agencies and get to be tailored more toward the acting industry and the business.”

The setting and time period of this production has never been done before, and that’s a big deal: Director Thomas-Whit Ellis got permission to alter the storyline. “We’ve changed the time period,” Tender says. “We’ve taken it from the ’40s and put it in the ’70s. We’ve also taken it from being on a Navy base to being on a historically black college campus. You see a lot of Greek influence in it with stepping, and you see a lot of the college campus culture influenced through the characters.” Ellis emphasizes a schism between the black fraternity/sorority community and the non-college educated workers who render support services to the students. 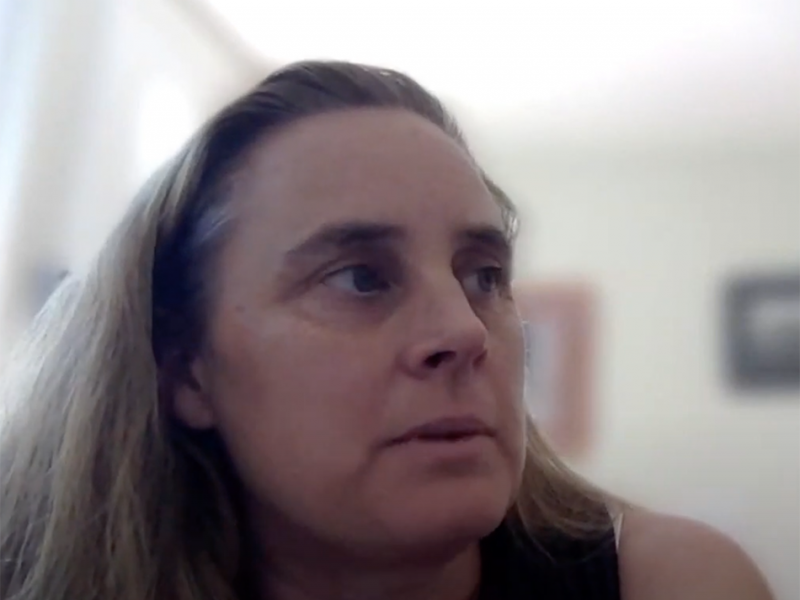 Now streaming: the October episode of ‘The Munro Review on CMAC’