Review: Selma’s ‘Cabaret’ is wunderbar, but it also punches you in the gut

Until it isn’t. And then, suddenly, politics can become life and death.

Here’s the scary part: You can never truly know when you’re living through one of those momentous times when a shift is occurring. The characters in Selma Arts Center’s riveting and finely conceived “Cabaret” are blissfully unaware. They are content to dance, drink and rabble-rouse, all the while insulating themselves from the political turmoil outside. The audience in this show has the advantage because we all know the timeline. We’ve absorbed it through cultural osmosis, to the point where the mocking motion of a Hitler-inspired mustache over an upper lip brings a shiver. We know the end of the story. We feel a vague superiority because we can whisper under our breaths to Sally, “Get out while you can, silly woman. Don’t stick around for the Nazi atrocities to come.”

Yet while watching “Cabaret,” you can lose that omnipotent feeling of superiority. Quickly. At least I did in this blistering, beautiful production, which melds exceptional performances from Meg Clark as Sally Bowles and Abigail Nolte as the Emcee, haunting and submersive direction by Michael C. Flores, a brilliant small orchestra and an outstanding production design into a must-see experience. I’ve seen lots of “Cabarets” in my time, and none of them impacted me like this one.

Part of it is the material (including John Kander’s music and Fred Ebb’s lyrics) and the standout work from this inspired theater company, yes, but it’s also the times in which we live. Many people in this country would disagree with me, I realize, and say our political climate is just fine — a little rough and polarized, perhaps, but nothing to worry about. But those people should also know that a substantial number of Americans are worried about where democracy in this country is headed and frightened for the dignity (not to mention safety) of those of us whom some consider the “other.”

In Selma’s “Cabaret,” this cloudy, introspective outlook permeates the production. Erik Andersen and Nicolette C. Andersen’s industrial-inspired scenic design seamlessly takes us in and out of the Kit Kat Club to other locations, and strategically placed mirrors reflect the actors back to the audience (and let us see a bit of the orchestra, too). Damen Pardo’s costume design and Alyssa Burgos and Mallory Parker’s makeup design hint toward the clownishly decadent (the frilly yellow panties worn by the Emcee in “Money”) but also the somber (Fraulein Schneider’s frock). Dan Adalpe’s lighting design blasts through the dark and murky ambiance with ostentatious colors, then slips back to menace.

The dancing is the best I’ve seen in a long while in a Selma show. I love the direction and choreography. Flores, who provides both, adds inspired transitional movements between scenes. (At one point, the Kit Kat dancers surround the narrator in his apartment and seem to move him along to the club. ) Flores’ casting of Nolte, a woman, as the Emcee, adds a fun wrinkle. Traditionally, a man plays the Emcee, but the character itself is as gender-fluid as you can get. That makes for an interesting version of “Two Ladies,” which in Selma’s version features a woman as the Emcee cavorting with one lady (Nia Luchau) and one man in drag (Alex Figueroa). You need a gender scorecard to keep track.

Flores also has a keen sense of the visual language of the show. In the song “Money,” for example, he skips the slapstick and instead has the Emcee slowly offering up fists full of cash, not playfully but with an undertone of intimidation. One of the most striking visual moments comes in the eerie “Tomorrow Belongs to Me,” beautifully sung by Jacob Moon, when a chase among the Nazi-suggestive male dancers ends with them lifting one of their own above their shoulders to form a striking tableau. The lifted dancer, arms spread out and one leg bent at an angle, could be a swastika. Or perhaps a Nazi double eagle? Or a casualty of war, splayed out on the battlefield? It’s a strange and powerful image.

The acting and singing are strong. Adam Chavez gives Cliff, the narrator/novelist whose recollections of pre-war Germany are based on Christopher Isherwood’s classic “The Berlin Stories,” a slight, meek sadness that leaves him teetering between respectability and the gaudy excesses just within reach. I really connected with Chavez’s performance. Amelia Ryan is a gripping Fraulein Schneider, the rooming-house owner whose foundational impulse is an innate sense of survival. (Ryan’s song “What Would You Do?” deeply affected me.) The character’s gentleman friend, Herr Schultz, is gracefully played by Juan Luis Guzmán. Casey Ballard is wunderbar as Fraulein Kost, the resident prostitute. Ballard offers meaningful vocals and a caustic, glowery optimism as her character gravitates toward Nazi impulses.

And I can’t forget the nine-piece orchestra, with Matthew Smoke as music director. The balance was perfect at the opening-weekend performance I attended. The percussion never overpowered the singers (always the No. 1 issue with live music), and the reeds and brass sounded particularly fine. (A tip of the hat to Mindy Ramos and Dakota Simpson’s sound design.)

Two standout performances anchor the show. Nolte is fierce, funny, scary and memorable. Delivering most of her vocals in a deep, husky voice, she really does seem to flit between gender identities, capturing a sense of anything-goes Berlin.

And then there’s Clark as Sally. Her giddy, calculated, naive and forceful characterization is a bundle of contradictions, yet she somehow blends them into a complicated whole. I was eagerly awaiting to see what Clark — who has a gorgeous voice — would do with her songs. Would she belt out each tune like a hard-working German locomotive? Or would she embrace Sally’s mediocrity, offering only a thin, cracked version of her normally stirring vocals? I’m so touched by her approach that I don’t want to spoil it for those who haven’t yet seen the show. Let’s just say that “Maybe This Time” and “Cabaret” are hugely powerful and memorable for vastly different reasons. By showing us this range of character, Sally seems even more alive.

Is “Cabaret” a feel-good party? The lyrics of the title song aside, the answer is an emphatic no. I was surprised by how much this production shook me. (Literally. I was a shaking a little as I walked out of the theater.) Again, your politics might not align with mine, but if they don’t, I hope you can see how tough it could be going from an impeachment hearing on TV in the morning to seeing this version of “Cabaret” at night. Still, whichever side of the partisan line you find yourself, there is great beauty and inspiration in this production. It reminds us that the tediousness of politics can swiftly shift to life and death. The only defense is diligence.

Review: Fresno State’s streaming version of ‘All in the Timing’ struggles to connect 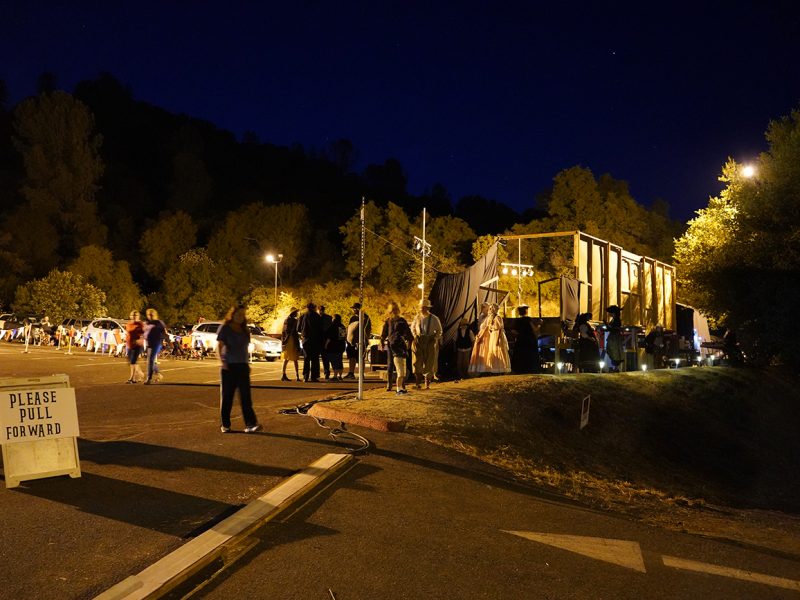 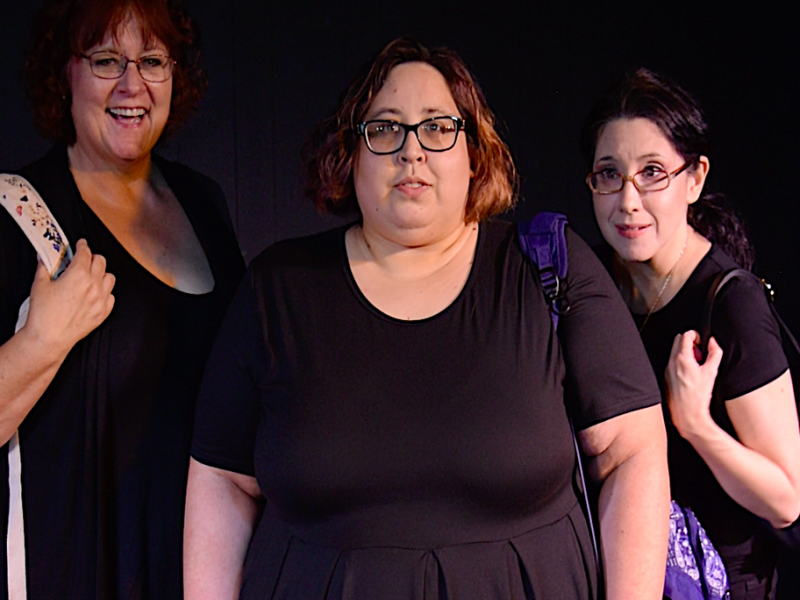