I got a sneak preview on Thursday of the three new Fresno Art Museum exhibitions opening this weekend, and I’m impressed. The opening reception begins at 5 p.m. Friday with artist and curator talks. Food and drink starts at 6 p.m. (Admission is free for members and $20 for non-members.)

The leading exhibition, titled “Gifted: Collecting the Art of California at Gardena High School, 1919-1956,” is not blessed with the catchiest of titles. But once you start to immerse yourself in the 70 oil paintings that nearly fill the museum — and learn the story about how those paintings were acquired — the exhibition becomes more and more fascinating.

In the 1920s, Gardena was a small and humble agricultural town not known for its wealth or cultural sophistication, Yet its high school managed to build a visual-arts tradition that became a powerhouse on the Southern California arts scene. Thanks to a visionary principal and a strong sense of civic engagement, students began collecting works by key early 20th century California artists in figurative, landscape and genre traditions.

Many of these are prime examples of the popular California Impressionism movement, which up until the Depression was wildly popular. Featured artists include Maynard Dixon, Elmer Bischoff, Edgar Payne and Agnes Pelton.

How did the students collect the pieces? Many were purchased by the student body themselves, thanks to community fundraising events. Others were donated to the collection, which was open to the public and for decades became a surrogate museum, by artists and benefactors. In 1928, the school started Purchase Prize Exhibition was started, which invited Southern California artists to enter paintings for students to view and select.

In my Thursday preview walk-through, exhibition curator Susan M. Anderson shared numerous stories about how the paintings were acquired. “What’s interesting about this show is that it tells a story,” she says. I’ll be writing a comprehensive article soon that weaves together some of these tales, along with in-depth looks at some of the works in the show.

Anderson and trustees of the Gardena Foundation will be in attendance at the opening reception. Also, there is a beautiful hardcover catalog of the show available that includes a mention of Fresno as an exhibition stop.

‘The Brass Bowl (or Senorita Lusoriaga)’ by John Hubbard Rich.

Along with the art, the big takeaway from the show is the importance of arts education in the schools. Think about it: A bunch of high school students put together a museum-worthy collection we’re viewing a century later.

“In my opinion, the arts had importance in education in the first half of the 20th century,” says Michele Ellis Pracy, director and chief curator at the Fresno Art Museum, “Today, the arts curriculum is eliminated when funding becomes tight. Sports are supported but not the inner soul of our children. This is a travesty in my opinion. FAM is proud to impact the lives of Fresno’s children and young adults every weekday of the year!”

A ceramic drone by Wyatt Amend.

This exhibition in the intimate Moradian Gallery features works by Susan Stinsmuehlen-Amend (primarily painting with vitreous enamels on transparent glass sheets), her husband, Richard Amend (black and white oversized drawings), and their son, Wyatt Amend (a forward-thinking approach to ceramics).

Curated by Ellis Pracy, the idea of the exhibition was to focus on a family whose artist members do vastly different but somehow interconnected things; and to “airy, exquisite counterpoint to the oils of canvas filling the museum’s other spaces.”

Buried in the Fresno Art Museum’s archives, portraits by Jack Coughlin depict 19th and 20th century literary figures and visual artists such as Ansel Adams, Sinclair Lewis, John Steinbeck, Robert Louis Stevenson and Edward Weston. A commonality is that all of them at one point resided in the Monterey-Carmel-Big Sur area.

All three exhibitions continue through June 28. 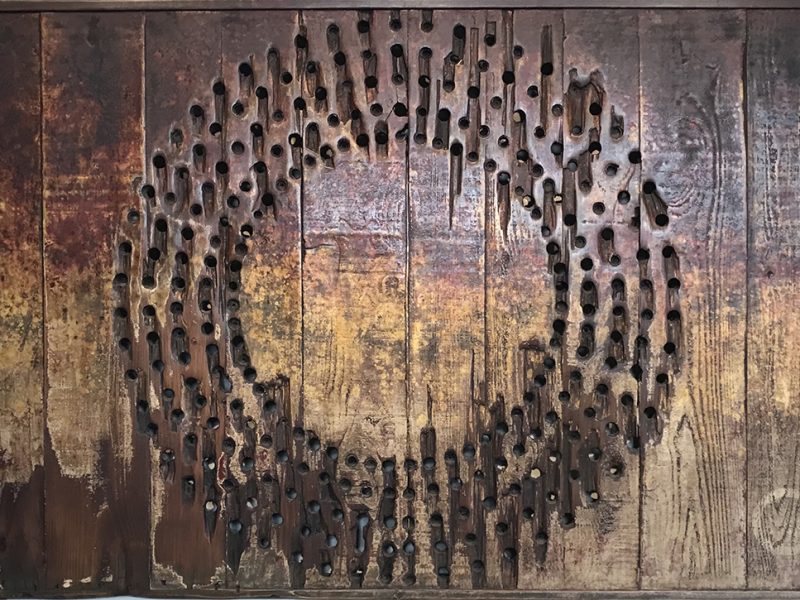 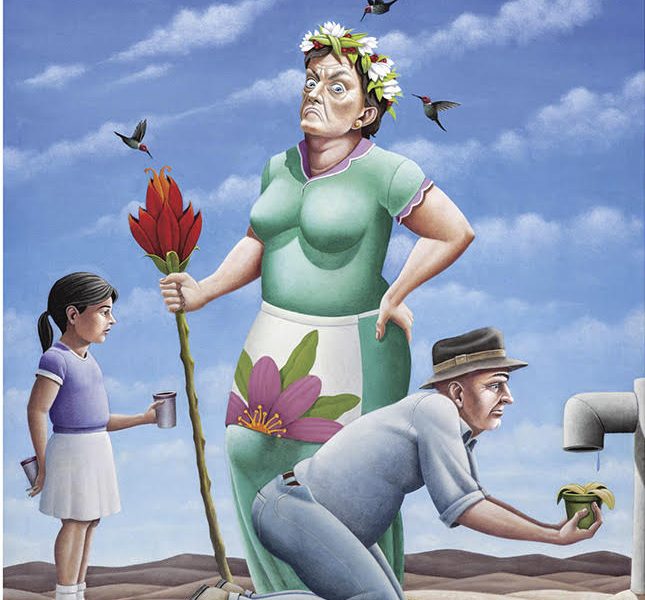 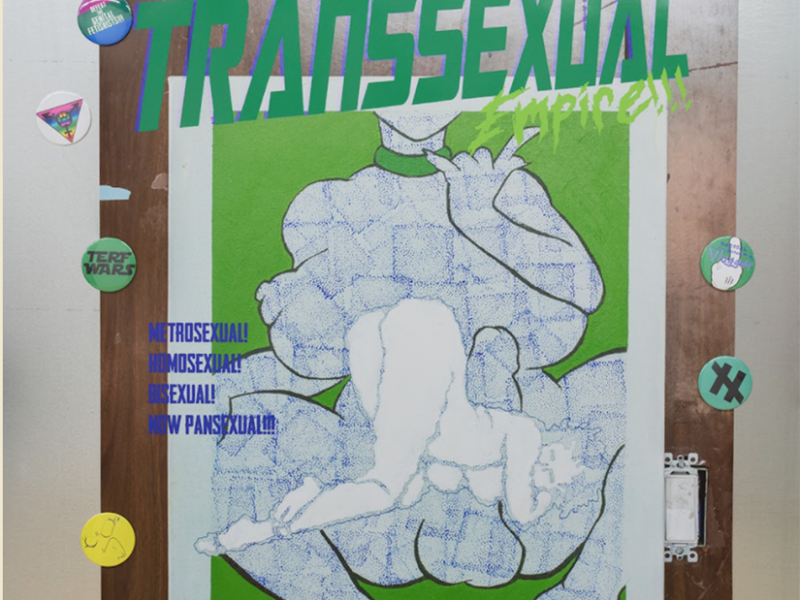