Mr. Haynie (and Ms. Andrews) will go to Washington for national theater festival

Jimmy Haynie has never been on an airplane.

Pictured above: Arium Andrews and Jimmy Haynie in the 2019 production of ‘Fat Pig.’  Photo: Fresno State

Haynie, a Fresno State theater major, will be winging his way to the Kennedy Center in Washington, D.C., over spring break to compete in the premier acting competition at the American College Theatre Festival. He and his scene partner, fellow theater major Arium Andrews, beat out 400 nominees from the five-state Western region to get the ride to the nation’s capital.

They will face seven other pairs of regional finalists in the national Irene Ryan Acting Scholarship competition.

“I’m ready to represent this region in the greatest way that I can,” Haynie says.

In another coup for Fresno State theater, Rodolfo Robles Cruz advanced in the ACTF one-act playwriting competition for his play “La Norteña.” Eight one-act plays have been advanced. Two will be selected to be staged at the Kennedy Center.

“It will be a couple of weeks before we learn if Rodolfo’s play has been selected,” says theater professor Brad Myers.

Haynie and Andrews have given some strong and significant performances while at Fresno State. One of the most memorable was a searing production of Neil LaBute’s “Fat Pig” last fall.

They are part of an impressive line of Fresno State acting students over the years who have represented the university at the national level. Past national finalists are Myles Bullock, Ryan Woods, Matthew McGee, Ferin Petrelli, Brandon Petrie, Blake Ellis, Jennifer McGoldrick and Ron Statler.

I interviewed Haynie and Andrews in a three-way email exchange to talk about their upcoming trip.

Q: First of all, give us a feel for what the regional finals were like at California State University, Fullerton.

Arium: The Little Theatre at Fullerton was full of students and faculty members from other schools and our own to support and watch the people that made it into finals.

Jimmy: The night of finals was a completely packed house since the main focus of KCACTF is the Irene Ryan’s acting competition. Super loud and exciting and very, very nerve-wracking.

Q: There were 16 of you competing with scene partners, right? What order did you go in? What were you thinking right before you went on?

Jimmy: We went third in the competition. Originally we thought we were going sixth, but things changed and when they called our name for third, we were so confused and our nerves kicked off even harder. We were definitely prepared, but we were not expecting to go as early in the competition. We said a little prayer and we did the thing.

Q: Jimmy, what did you perform?

Jimmy: My monologue was from “Titus Andronicus” by William Shakespeare. First scene was from “The Piano Lesson” by August Wilson. The second scene was from “Why Torture is Wrong and The People Who Love Them” by Christopher Durang. We chose this material because we really connected to it on a personal level, and each and every one of the pieces has a huge contrast that shows range and variety in both of us as actors.

Q: Tell us, Arium, about being a scene partner. When the two of you teamed up for the competition, how did you decide which of you would be the partner?

Arium: Last year I was nominated to compete for ACTF, and Jimmy was my partner last year. We went all the way to finals and we won the alternate award, which meant if the people who won couldn’t make it, then we would take their place. So, when Jimmy was nominated for ACTF for “Fat Pig,” I wanted to be his partner.

Jimmy: I was a little emotional and nervous. I wasn’t overly confident, but I knew we did what we had to do and we tried our best. I didn’t think we screwed anything up. I was very satisfied. I knew our material was winning material and we had a great chance, but watching all the other groups was kind of intimidating because they were all CRAZY good. When they called my name It was a very shocking experience. Arium was super emotional, but I was a little shocked — not that I doubted myself, but an exciting shock!

Arium: So many thoughts and questions filled my head. I thought many positive things about how we did but also was very realistic and kept an open mind as to who could really win. I felt in my heart that our chances of winning were high and that we gave it our all.

Q: Arium, what qualities do you think Jimmy brought to his performance?

Arium: Jimmy is an actor who is very versatile and knows what he wants. Not only that but he’s my best friend, and I trust for him to give me the honest critique when it comes to acting.

Q: Jimmy, what qualities do you think Arium brought to her performance?

Jimmy: Arium brought confidence and quality and everything that exceeds what I asked for. She was very “on it” and excited about performing, and that really helped me and Influenced me to do better. Last year she won alternate with me as her partner so I had expectations to fulfill.

Q: Is there a single moment that stands out for you?

Arium: When we won, I remember feeling as if this isn’t real but so excited that I could share that with Jimmy and my school. It was a feeling of happiness I haven’t felt in such a long time.

Jimmy: The audience all rising to their feet after our performance really kind of changed my life.

Q: Thoughts about the national competition?

Arium: I’ve been waiting for this for so long ,and to actually have the opportunity to share this with Jimmy and Brad Myers is so beneficial to me. I’m so excited and can’t wait to see the opportunities that’ll be there in Washington, D.C.

Jimmy: I’m super, super excited to go to nationals. I’m excited to do workshops and be somewhere I’m not used to. I love new experiences so it’ll be interesting. My strategy is to do the best I can, just like I always do, and to most importantly have fun, because that’s what it’s all about. 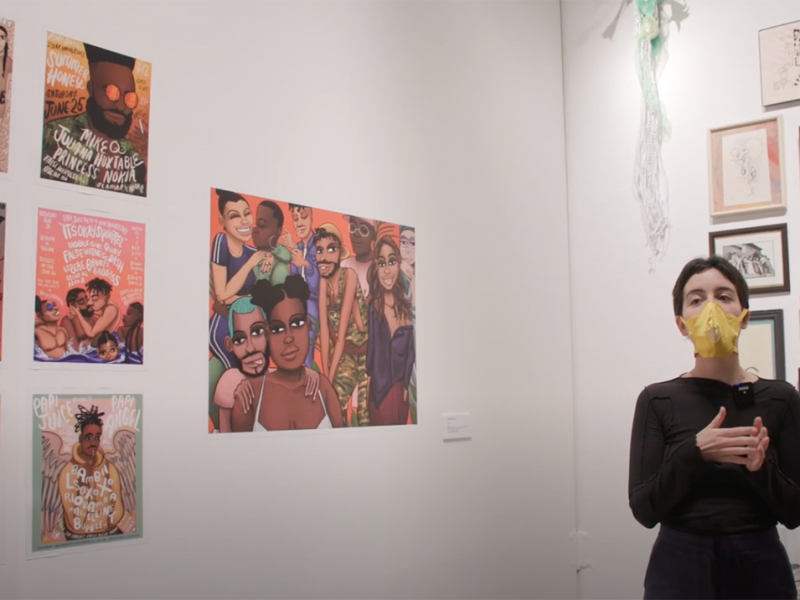 Does Lex Martin wear a pinstripe suit and moon over Morticia in Good Company’s ‘Addams Family’ revival? Of corpse he does.