The afternoon began with Beethoven. Can there be, I wonder, any sentence more pleasant than that? Especially on a breezy, temperate day in Fresno after a string of 100-degree-plus, smoke-choked scorchers.

On this sunny afternoon, B can stand for Beautiful. Blue. Beethoven.

It was so exhilarating, so relaxing, so pure, to be able to sit in the Fresno State Concert Hall and listen to Garrick Ohlsson on Sunday in the opening performance of the Philip Lorenz International Keyboard Concerts season.

I know I need to stop gushing over the first returning “live” this and first returning “live” that. The vaccine made it possible for audiences to once again gather together in person (at least among the scientifically minded), and I’ve been rhapsodizing ever since in various reviews about what it’s like to break out of Zoom World and get back to performing in the Land of the Living.

Just give me this one last time. I promise.

Ohlsson devoted the first half of the concert to Beethoven, offering the composer’s Sonata in F-sharp Major and then the stunning Sonata in C minor. (Interestingly, Fresno Pacific music professor emeritus Walter Saul will perform the latter work in the Pacific Artists series on Sunday, Sept. 26.)

I really fell in love with this piece, one of Beethoven’s late-period works — and one in which he got downright experimental with rhythm and melody. (In liner notes for a recorded version, pianist Jeremy Denk — who will be returning to Keyboard Concerts later in the season — uses the terms “proto-jazz” and “boogie-woogie” to describe the piece). Hey, I even think I heard a motif that suggests the opening notes of “The Addams Family,” though the fact that I had seen the Good Company Players production of that musical the night before might have influenced me.

At one point in the sonata’s second movement, Ohlsson mesmerized me with an extended trill. It reminded me of a seething, agitated beehive in which individual notes try to break out of the swarm and dominate, but can’t help but be sucked back into the power of the whole.

In the concert’s second half, Ohlsson performed Szymanowski’s Sonata No. 3. This piece gave us mountains and valleys of punctuated dissonance and accessible melodies; I was reminded of a city’s jagged skyline, or perhaps the way a dream zips to and fro with an abruptness — and even capriciousness — that seems perfectly reasonable when you’re ensconced in the dream itself.

Ohlsson is not a showy performer in terms of his physicality at the keyboard. The most interesting visual with him is his breath. He breathes with great determination and seriousness; when he exhales just as a piece begins, it’s as if he’s launching something. In the Szymanowski, however, Ohlsson offered a rather rowdy romp on the keyboard. “We have a piece missing here — I broke a spring,” he off-handedly told the audience afterward.

Finally, we reached the Chopin part of the program. After the jarring musicality of the Szymanowski, it’s almost like the four Chopin works (two etudes, a nocturne and a ballade) floated above us. Smooth, whipped, airy, almost confectionary in tone — Ohlsson didn’t appear so much to strike the keys as smoothly paddle through them. At the end of the Nocturne in C minor, the ending was so soft, so profound.

In all, it was a ravishing performance — an afternoon that emerged as beautiful inside as out. Cheers to Keyboard going live once again. 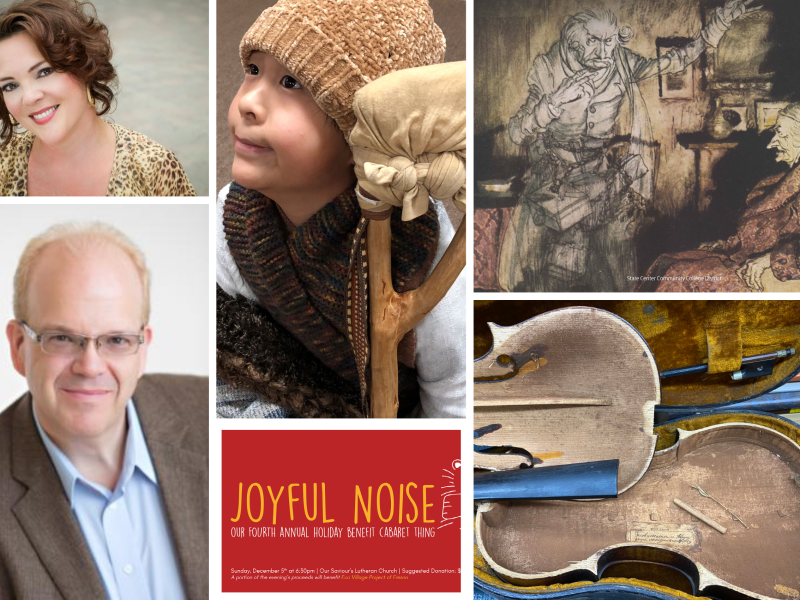