Saturday pick and Facebook Live interview: Children’s Musical Theaterworks offers its own version of ‘All Together Now!’

The event: Children’s Musical Theaterworks presents “All Together Now!,” a musical revue made possible by the publisher Music Theatre International (MTI).

Pictured above: Pictured above: Host Brandon Delsid and director Randy Kohlruss, at a Saturday rehearsal for Children’s Musical Theaterworks’ ‘All Together Now!’ Photo: The Munro Review

Yes, there is more than one “All Together Now!” production in town: Actually, there are hundreds across the country. MTI allowed community theater companies to put together shows, royalty-free, on one weekend, to celebrate the resilience of local performing arts. I’ve told you plenty about Good Company Players’ big production of “All Together Now!,” hosted by Chris Colfer, which takes place on Sunday, Nov. 14. CMT is offering its own version of the show on Saturday as a gala fundraiser. Because companies were offered a list of songs from which they could choose, the two shows will likely be quite different.

The host: Brandon Delsid, a former CMT and Good Company performer, is back in town after a professional career that includes hosting a New York Fashion Week TV show and appearing in the off-Broadway musical version of “The Big Bang Theory.”

The interview: I met up with Delsid on Saturday morning at the CMT rehearsal space at Sierra Vista Mall for an exclusive Facebook Live interview. He talks about the CMT show, his career and more. We also talk with the show’s director, Randy Kohlruss.

At a postponed 50th reunion, Roosevelt High’s Class of 1970 honored Dan Pessano with the most useful thing ever: money to put on a show 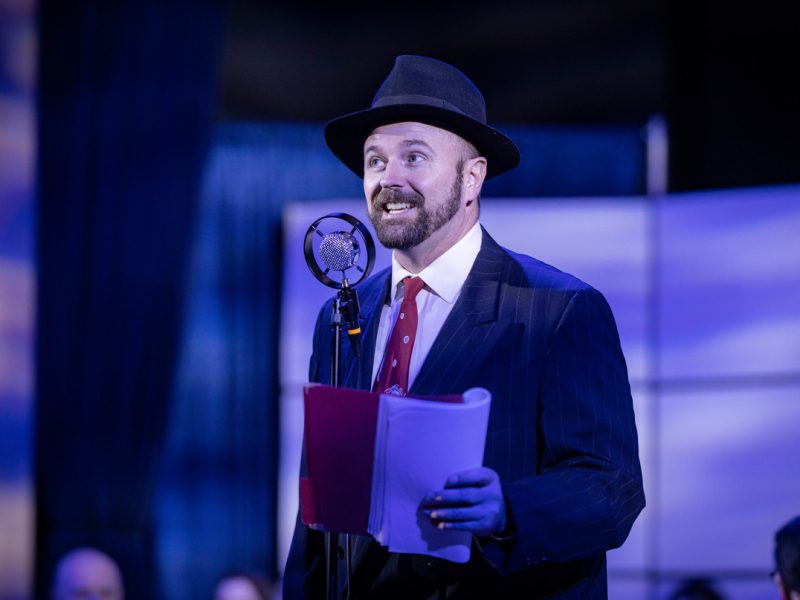 For Mason Lamb, ‘Life’ is looking up with CenterStage’s ‘Merry Christmas, George Bailey’