Cheryl Coddington’s son phoned her on a Sunday night and asked where she’d been all weekend.

“Brent and I got married in Las Vegas,” she replied.

“Yeah, right, like you’d do that,” she remembers him telling her. She was the ultra-organized mom, the career educator who planned everything weeks or months in advance. To skip off to Vegas without telling anyone — especially even her kids — was unthinkable.

Oh, she did it all right. And she’s been married nearly 17 years.

Coddington is sitting in the Green Room at Fresno City College, where she’s just slipped away from warm-ups for the cast of “New Wrinkles: Viva Las Vegas,” the latest incarnation of the long-running musical variety show featuring performers 55 and older. She’s in costume, wearing a glittery top with the words “Bingo Diva,” one of her roles in the show. Now in its 29th year, the annual production is one of the few senior showcases left in a country that used to be full of them.

In the spirit of the show’s theme, I asked Coddington, 63, a first-time “Wrinkler,” to share her Las Vegas matrimonial story with me. It was a third marriage for her new husband and the second for her. They’d been dating a long time, and the couple decided they “didn’t want to make a big deal out of it.” So they hopped in the car, made the six-hour drive to Las Vegas Boulevard and parked at the Chapel of the Bells.

As they waited in line to get their marriage license, a not-quite-blushing bride wearing a blue bikini top and white veil got behind them. Brent glanced back and then leaned into his wife-to-be with a grin: “That could be your wedding attire.”

Even Vegas runs up against limits now and then.

David Bonetto, the director of “New Wrinkles,” is in his fourth year putting together the show. He and writer Darrell Yates were intrigued with fashioning a theme around the appeal of America’s gambling capital, which because of its relative proximity to Fresno has a particular local resonance with audiences.

In the show we get to meet some of the types of people who make up the Las Vegas story: dealer, dancer, bartender, cab driver, showgirl, waitress, singer and tourists.

“This year we wanted to try something different with a very loose story,” Bonetto says. “I wanted to take music out of the context of what the average person would associate the songs with and have our audience really listen to the words and stories behind the lyrics rather than the artists who sang them.”

Themes include love and marriage, gambling, the men and women of Vegas and “the lucky and those not so lucky.” Vocals and dance numbers are arranged chronologically from the late 1950s to almost the present day, with a special emphasis on the Rat Pack era. Comedy, another Vegas staple, is also represented, including special “guests” Phyllis Diller and Joan Rivers.

The more than 50 cast members have been rehearsing for months, and the past few weeks have been especially busy as the production ramps up for a whopping 16-performance run at the Fresno City College Theatre. Bonetto notes that more than a few of the cast members were married in Las Vegas. “It’s been interesting to hear the stories,” he says.

The couple roadtripped to Las Vegas with Mac’s cousin and his cousin’s wife, and they borrowed Mac’s in-law’s brand new Pinto wagon for the trip. The poor car could barely make it up the Interstate 10 grade, he remembers. They cruised down the Las Vegas Strip and picked a wedding chapel at random.

Elvis is in the building: The cast of ‘New Wrinkles.’ Photos / Donald Munro

Warming up: the cast of ‘New Wrinkles.’

McIntosh loves to sing, and he loves Sammy Davis, Jr., so it’s a natural that he’s part of a Rat Pack trio in “New Wrinkles,” singing the number “What Kind of Fool Am I?”

Gloria Lee, 71, in her 10th year of “New Wrinkles,” is also a singer in the show. She brought a clan of about 15 people to Las Vegas in 1974 when she got married, including her three children, brothers and their wives and her parents.

“My dad gave me away for the second time,” Lee says.

She remembers the name of her wedding venue: the Chapel of the Bells, which still holds weddings today under the motto “Forever starts now.” It’s a popular place.

But she forgot the name of the motel she stayed at afterward.

“I do remember that my parents took the kids,” she says with a laugh.

Yates, the show’s writer, likes to have a backstory for each version of “New Wrinkles,” even if it isn’t literally spelled out for the audience. For this year’s version, he was inspired by a real-life Las Vegas resident, Jay Sarno, who was the visionary behind Caesars Palace and Circus Circus. “He built them, but he also lost them,” he says of those landmarks.

Yates became fascinated with Sarno because of the businessman’s enthusiasm in the face of his self-inflicted disasters. (At the time of his death, Sarno was trying to build the biggest casino that Las Vegas had ever known, the Grandissimo.) There are no specific biographical details about Sarno in “New Wrinkles,” other than an old man named Jay we meet in the beginning (played by Yates). As he cleans up an old warehouse, he reminisces on the old Vegas he once knew.

The important thing is to introduce the sentiment of optimism.

“He always looked toward the bright side of life,” Yates says of Sarno. “It’s the idea of roll the dice and turn the card because your fortunes can change.”

In that sense, the myth of Las Vegas — a destination where anything can happen — can become a poignant philosophical declaration if framed in the right way.

Which nicely fits in with the senior revue show’s overarching mission.

Bingo Diva: Cheryl Coddington got married 17 years ago in Las Vegas and wouldn’t have it any other way. Photo / Donald Munro

“We’re performing for people in their 60s, 70s and 80s,” Yates says. “For the people sitting in our audience, the people dancing on our stage, they have to stay optimistic, too. That’s a good message for all of us.”

True story: When Cheryl Coddington’s wedding ceremony was over, the officiant told the couple to wait for just a moment. They could hear him click something off. He pulled up a tape that had been in a recorder just behind the podium.

“He gave it to me and says, ‘Just in case tomorrow morning he says he didn’t do it, you now have proof,’ ” she says.

After the ceremony, the couple went to their hotel, the Luxor, and sat out by the pool. Sounds like a nice alternative to an expensive reception.

At the end of our interview, Coddington adds a quick postscript. After getting married that August, she and her husband reprised the moment four months later with a civil ceremony blessed by their church. All six children between them attended.

But Las Vegas gave her something that the Fresno version didn’t.

“I still have that tape,” she says. 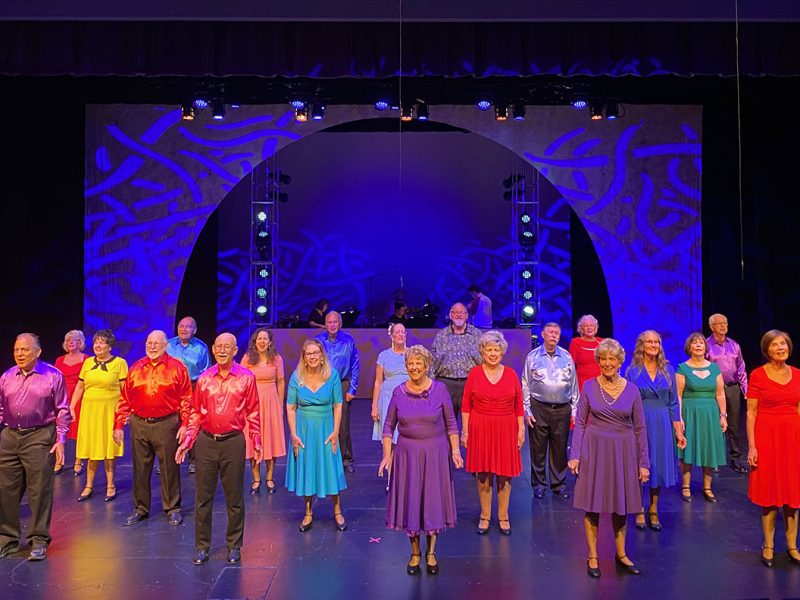 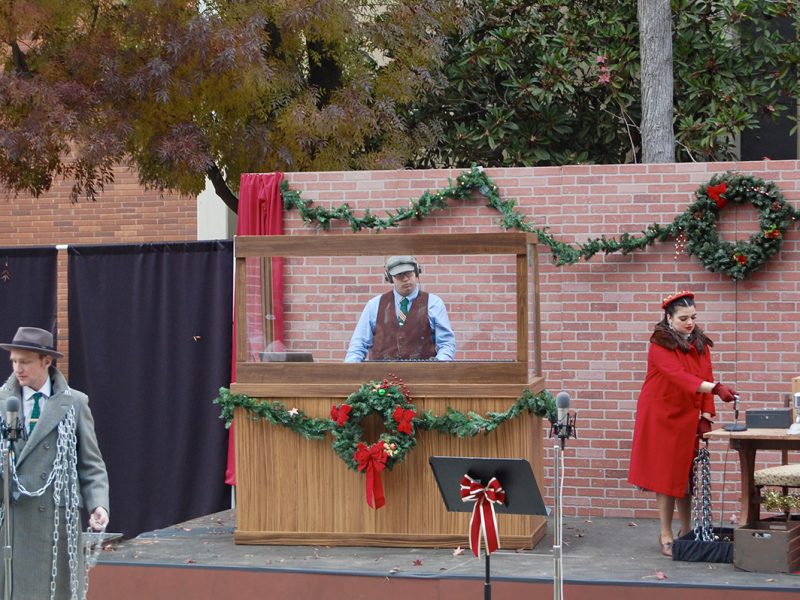 In ‘Station Two,’ Marc A. Gonzalez turns up on the heat on his memories of Fresno City firefighting academy