Let the river of music run

The Youth Philharmonic Orchestra had just finished up the first half of Sunday’s rousing Memorial Day weekend concert. I could still hear fiery tones of the Tchaikovsky Violin Concerto resonating in my head. Before walking into the lobby for intermission, I glanced at the stage. It was crowded with the 100 members of the ensemble, which features the oldest and most experienced players among the Youth Orchestras of Fresno’s three groups.

When I returned after the break, there were even more players. Members of the younger Youth Symphony Orchestra and Youth Chamber Orchestra had joined in with the Youth Philharmonic musicians for the second half of the program. And because there wasn’t enough room on the stage to pack one more player in, the members of a fourth ensemble — beginning violinists with the organization’s highly successful Accent on Access program — were squeezed in front of the Saroyan Theatre’s first row on the floor of the auditorium itself. The visual effect was striking: It was as if a sea of young musicians, more than 300 total, had spilled off the stage into the audience.

That idea of a concert hall filled to the brim with future players (and, hopefully, enthusiasts) of classical music is a nice way to acknowledge what Youth Orchestras of Fresno is doing to elevate this community’s cultural scene. Even if some of these kids never go on to play in orchestras when they’re older, they will always have nostalgia for the experience of performing in top-notch ensembles.

I’m guessing more than a few of those youth, in the years and decades to come, will also remember what it was like to perform with a world-class violinist such as Vadim Gluzman, who delivered a memorable performance of Tchaikovsky’s Violin Concerto at Sunday’s concert.

Gluzman, playing the violin for which Tchaikovsky specifically wrote the piece, has performed the concerto with many of the world’s leading orchestras. But I’d wager that he put just as much emotional rigor and technical fire into performing the piece here in Fresno than he has, say, at London’s Royal Albert Hall.

There’s a grand moment in the first movement when the orchestra really gets to go to town on Tchaikovsky’s theme, and a beaming Gluzman turned to face the young musicians for a moment with a flourish and little wave of his hand to acknowledge their efforts. It was a nod, too, to conductor Thomas Loewenheim, a longtime friend of Gluzman’s, for preparing his young players with such discipline and attention to detail.

And then, a special treat: an encore by Gluzman and the orchestra of the Shostakovich Jazz Suite No. 1 polka (using his father’s transcription, no less).

Along with Gluzman’s turn as guest artist, the second half of the program also included a brand new composition written by four Fresno State students. The project was titled “Coming Home.” The composers chose a culture other than their own (Armenian, Japanese, Hmong, Hispanic, or African-American), and the music was accented with audio interviews gathered by journalism students.

The concept for the project is compelling. During intermission, I attended a short presentation by the four composers, which added a lot to the experience. (Three Fresno State faculty members involved in the project — Benjamin Boone, Kenneth Froelich and Alice Daniel — were also on hand.)

The actual piece, when played by the combined orchestras, seemed at times a little jumbled and muddled to me, with not as much distinction between the movements as I was expecting. (Perhaps it was the overabundance of strings on stage.) I liked the way the audio clips offered aural variety. And the final movement, by Wheeler, had a nice percussive spark and sense of emotional connection. While I understand the nods to the Genocide and the Japanese internment camps, the somberness of these memories might not have been the best match to the more optimistic theme of “Coming Home,” and the use of a “matador” brass theme in the Hispanic piece strayed too close to cliché.

But it was exciting to listen to brand new music, and I’m sure even more so for the young orchestral members who got to participate in the world premiere.

Which is what a concert like this should be all about: creating memorable experiences for young musicians and buoying them to new and challenging levels. There’s something endearing and optimistic about all that youthful energy up there on stage. Watching the younger players mixed in with the older ones, their slight frames probably half the height of the oldest players, made me happy. With musicians overflowing into the audience, the future for classical music feels to be a rising tide, indeed. 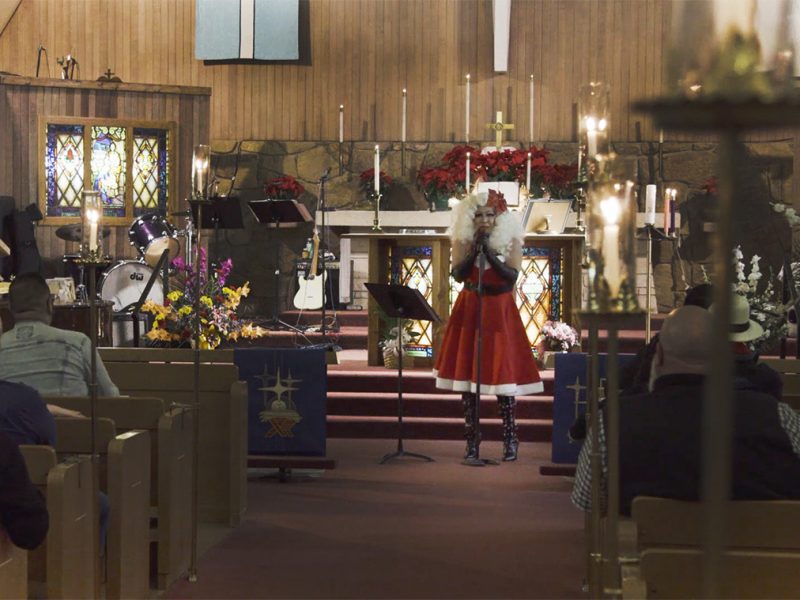