Come for the ice cream, stay for the mustaches

HANFORD — When you watch a play at the Temple Theatre, don’t worry about sitting too far away from the stage.

“There’s a saying here that when it comes to your seats, there’s close and there’s damn close,” says John Rabe, theater manager for the 54-year-old Kings Players.

Um, there’s a body on the floor: Mike Spicer, left, Kim Spicer and Patrick J. Wilder in the Kings Players production of ‘Murder Me, Murder Me Not.’ Photos / Kings Players

Today I launch an occasional series on The Munro Review highlighting community theaters in the central San Joaquin Valley. I decided to kick off the series with the Kings Players because for all the years I’ve lived in Fresno, I’ve never caught a production in Hanford.

The production: Playing through June 25 is the farce “Murder Me, Murder Me Not,” by William J. Springer.

The arrival: You might think your GPS messed up when you drive toward 514 E. Visalia St. because it looks like a residential neighborhood. But sure enough, there’s the Temple Theatre standing proudly next to an ordinary house.

The building: It was built in 1922 as a Chinese school for immigrants. The exterior and walled garden reflect that heritage with Asian-themed architectural embellishments including a pagoda, dragon and shrines. Look for the big bird in honor of the Year of Rooster.

The history: After being used for decades to teach Chinese children their language and culture after their regular English-based lessons, the school fell into disrepair. In 1964, Kings Players founder Audrey Liebold helped arrange a deal between the city of Hanford and the school: The city took over responsibility for the building while agreeing to retain its Chinese influences, and the theater company moved in.

Maid to order: Patrick J. Wilder and Beth Reynolds in in the Kings Players production of ‘Murder Me, Murder Me Not.’

Whodunit: The cast and crew of the Kings Players production of ‘Murder Me, Murder Me Not.’

Mustache emergency: Steven Auyeung and Kim Spicer in the Kings Players production of ‘Murder Me, Murder Me Not.’

The season: Four mainstage productions are presented annually, each with a four-week run.

The performance space: As I’ve already hinted, it’s intimate. There are 70 seats and a small stage. In an interview with Rabe, he tells me that on some occasions they’ve had as many as 40 people up on stage, but they must have been packed! The six-character play I watched had just enough room for all of them to comfortably emote.

The seats: There’s a good story here. The theater company recently got a call from someone at Kings County with a hot tip. One of the county courtrooms was getting its seats replaced, and the theater could have the old ones. The stipulation was the theater only had until 5 p.m. the next day to claim their bounty. “So we got together four old men and a boy, went over there, packed up the seats and put them in storage.”

The remodel: But wait, there’s more. If they’re going to replace the seats, the company’s board decided, then they might as well refinish the wooden floor and buy new carpet. (Thanks, Robinson’s Interiors Carpet One in Hanford, for the good deal, Rabe says.)

Pleasant way to spend intermission: the garden of the Temple Theatre in Hanford. Photo / The Munro Review

The plot of the current show: “Murder Me, Murder Me Not” is a broad and silly farce about a couple trying to pull off an insurance scam. Mistaken identities, double-crossing lovers and a complete suspension of disbelief ensue. Rabe, who directed the show, tells me that after the theater recently did a couple of “heavier” plays (“Crimes of the Heart,” “The Cemetery Club”), he was looking to do something “funny and that anybody can enjoy.”

The number of fake mustaches: three. Considering there are three male characters in the play, that’s a 100% saturation rate.

The standout performer: My favorite is Beth Reynolds as Alice, the wacky maid.

So much ice cream: No, the author did not finish this sundae. Photo / The Munro Review

The quirkiest thing about this theater company: One of the traditions is an occasional variety show intriguingly named the “Throttlebottom” series. According to the Hanford Sentinel, “the story behind the play is that Colonel P.T. Throttlebottom came to Hanford in the 1890s as a traveling act selling medicine.” The 2012 incarnation of the show was titled “Throttlebottom’s Salute to Early Television.”

Where to eat before going to the theater: at Superior Dairy, of course. Just be sure you’ve saved enough room for ice cream. Even a “single” scoop is enough to feed an entire posse of men with mustaches. 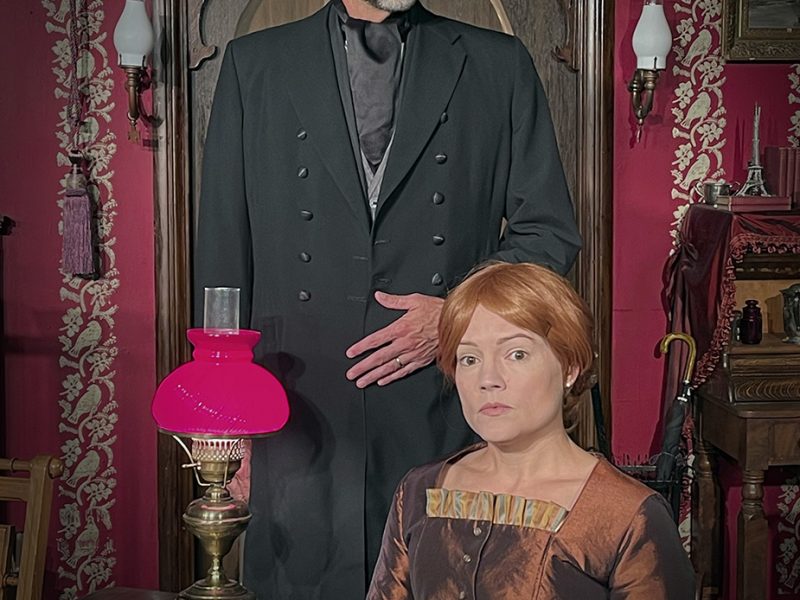 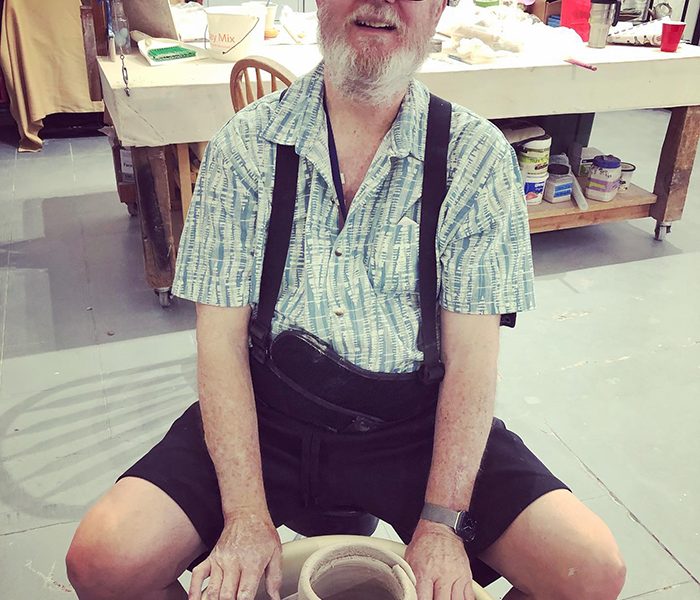 ArtHop pick: With ‘A Life in Clay,’ celebrate the career of ceramicist Mark Tunison

Hanford theater immerses us in a different pandemic