UPDATE: Our lucky winner is Adrienne Lucero. She gets two tickets to tonight’s “Trashique.”

ORIGINAL POST: Pattie Wilkinson didn’t think she had much in common with Marcel Duchamp when she picked him as her inspiration artist for “Trashique 2018,” the swanky Fresno Art Museum fundraiser that has emerged in recent years as a clever juxtaposition of fashion show, art history lesson, dazzling social event and recycling pep rally.

Wilkinson, who has had a long career designing trade-show displays and as a consultant in the arts and crafts industry — and is an experienced crafter herself — grew up learning to make practical things such as clothes and Christmas gifts. (She came from a family of modest means.) Duchamp, on the other hand, the famed French painter and sculptor, is known for his contributions to Cubism and his groundbreaking contributions to conceptual art. One of his best known pieces involved taking a commonplace urinal, titling it “Fountain” and in 1917 submitting it to an art exhibition. It was a moment that rocked the art world.

Win two tickets to “Trashique 2018,” which for the first year is being held in an airplane hanger. To enter this giveaway, leave a comment on this post telling us the most surprising thing you ever found in the trash. (Or, if you don’t have a good Dumpster Diver story, just tell us why you want to go.) Deadline to enter is 5 p.m. Thursday, Feb. 22.

But thanks to “Trashique,” an event featuring glamorous (if not always practical) fashions made from recycled materials, the always-up-for-a-challenge Wilkinson found herself paired with none other than the “urinal guy.”

“I felt it would be a really good way to stretch my imagination,” says Wilkinson, who is involved as an artist in her fourth Trashique.

She turned to another famed work by Duchamp to offer her a blueprint of sorts for the garments she’s made for the show. (The event, which was created for the museum by Fresno interior designer Roseanne Guaglianone, debuts in a new location, a private airplane hanger, on Saturday, Feb. 24.) That piece is “Bicycle Wheel” and consists of, not surprisingly, a bicycle wheel attached to a barstool.

“At first I looked at it and thought, ‘That’s so silly,’ “ Wilkinson says. “But then I started to research him. And I learned a lot.”

For one thing, she appreciated Duchamp’s use of circles in his work. She also found a photograph of a “really bizarre” art installation that Duchamp once put together made entirely of string.

“I know a lot about string,” she says in a recent interview at her Fresno home. “And my husband is a cyclist. I knew I could do this.”

The result: two art-inspired costumes, one to be worn by a woman model (Chloe Tatro), and the other by a male model (Tommy Guerrero).

The woman is in white, wearing a hoop-style skirt and harnessed to a large wheel on her back with a rim of erratic “spokes” consisting of white yarn, ribbon and plastic palette straps. The man is wearing black and will hold two real (recycled) bicycle wheels. He’s also harnessed to a large custom-made wheel, this one with a rim and spokes made of black palette straps and garden materials.

The large wheels harnessed onto the models’ backs were inspired by a viewing of the Victoria’s Secret TV fashion show, where Wilkinson noted the use of “angel wings” on those models. It’s a master touch, playing with scale to give a sense of grandeur to the creations.

“I know that sounds really ‘low’ for an artist to talk about getting an idea from TV, but that’s where it came from,” she says with a laugh.

She spent about 40 hours working on the two pieces.

Now that she’s a “Trashique” veteran, she has a winning game plan down: The most important thing, Wilkinson says, is finding something recyclable in abundance. (Whatever you’re going to use as an artist, you’re going to need a lot of it.) She knew she could find a use for palette ties, so she asked her contacts at Duncan Enterprises many months ago to set aside all the white and black ones they could.

As a professional crafter, she has an impressive resume that includes teaching and consulting in China and France, co-hosting the “Aleene’s Creative Living” craft/DIY television daily program on TNN, and millions of views on her YouTube channel “Pattiewack Designs.” She counts decoupauge, mixed media, assemblage and seamstressing among her many talents. (You can even find some of her crafts inventions for sale at http://www.pattiewack.com.)

“Trashique” has given her the opportunity to expand her fine-arts knowledge. (Maybe she can weave Duchamp into one of her YouTube videos.) And just as Duchamp’s venture into Dadaism with his “Fountain” forever altered the lowly urinal’s place in the art pantheon, Wilkinson’s own experience with the Fresno Art Museum’s popular event has affected her relationship with something in her everyday life as well.

“It’s changed the way I look at trash,” she says. 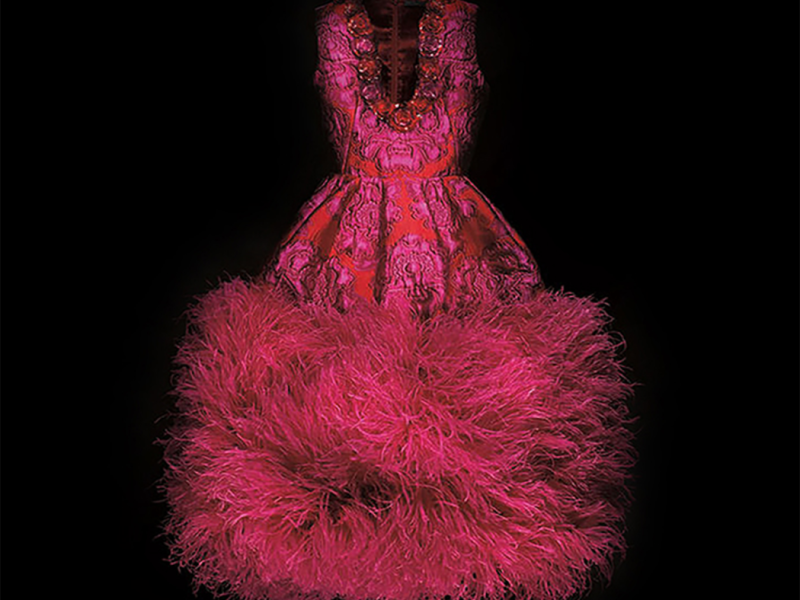