Call me easily amused, but I’ve always been a sucker for tap-dancing seagulls. In the CenterStage Clovis Community Theatre production of “The Little Mermaid,” I was particularly tickled by the song “Positoovity,” sung at the top of the second act. In it, a flock of orange-legged perky gulls (Ariana Ault, Jacob Cozzi, Sydney Ennis, Honoria Felton, Zachary Guerra, Luciana Lopez and Riley Marie McBee) have a stomping good time. As they back Scuttle (a funny Will Gotten) on vocals, their goal is to cheer up the floundering Ariel (Lorraine Christensen), who has traded her gorgeous voice for human legs. Now she just has to figure out how to walk.

It’s a fun number and a great moment. I didn’t experience as many of those kinds of moments in this “Little Mermaid” as I would have liked. The waters got a little choppy during other parts of the show. The cast, crew and creative team have put a lot of effort into the experience, but it sometimes falls short compared to other community theaters in the area and CenterStage productions I’ve seen in the past.

I’ll detail what I like about the production first, and then I’ll focus on things that didn’t rock my boat quite so much.

The singing: Ariel, the youngest of the seven mermaid daughters of King Triton (an amiable Christopher Livermore), is said to have a glorious voice. Christensen, a veteran of Clovis productions, sounds very nice in the role. Her “Part of Your World,” in which she sings of her desire to ditch underwater living and completely revamp her respiration system, is sweet and stirring. Livermore sings with an impressive kingly resonance. Kari Mason offers a big, brassy voice as Ursula, the octopus villain. Caleb Harbin, as the sturdy Prince Eric, sounds strong and sure in “One Step Closer.” And Juliana Richards, as Flounder, shows she can belt it out in “She’s In Love.”

The “Under the Sea” number: Visually extravagant and energetically staged, the show’s signature tune feels rousing and heartfelt. And I love the “jellyfish,” depicted by cast members holding umbrellas strung with strands of lights.

The orchestra: As always, the live musicians on hand for a CenterStage production add immensely to the experience. Conductor Peter Van Der Paardt has a great time on the podium.

The direction: Sometimes it feels static. The sailors seem to just stand there, interminably, as they sing the opening song, “Fathoms Below.” Ariel seems to just stand there, interminably, as she sings “Part of Your World.” A show such as “Mermaid” should have almost constant motion, if only to attract the sadly shortened attention span of children these days. And while Cameron Barger is undoubtedly the most manic Chef Louis I’ve ever seen — he makes the Energizer Bunny look like he’s in a coma — his funny but frenzied performance could be toned down a bit.

The design: Many of Heather Randall and Patti Karsevar’s costumes are fun. (I like the enthusiastic Nic Cherry as a Captain Nemo-like character). Others, however, don’t work as well for me. Ariel’s mermaid costume, with its big, bent tail and Christmas colors, is just a little odd. And is one of the male dancers in “Kiss the Girl” wearing a plain white undershirt? It stood out. I also wanted more from Kris Cadieux’s scenic design (Ariel’s minimalist grotto feels too sparse) and Madi Spate’s lighting design (the underwater scenes need much more of a sense of movement, texture and depth).

Age-specific casting: You get a lot of latitude in theater to cast people of varying ages for various roles. But the Ariel matchup with Prince Eric feels awkward. The age difference between the two actors is distracting.

The climax: The big face-off between Ursula and King Triton didn’t work for me at the Saturday matinee performance I attended. It felt like something was missing, story-wise. What should have been a big moment was more like a fizzle.

Still, this production is a colorful, vibrant, well-sung show that will resonate with lots of families. I’m impressed with the enthusiasm and care that goes into CenterStage’s annual summer musical. When it comes to seagulls that tap dance, they don’t do it better than in Clovis. 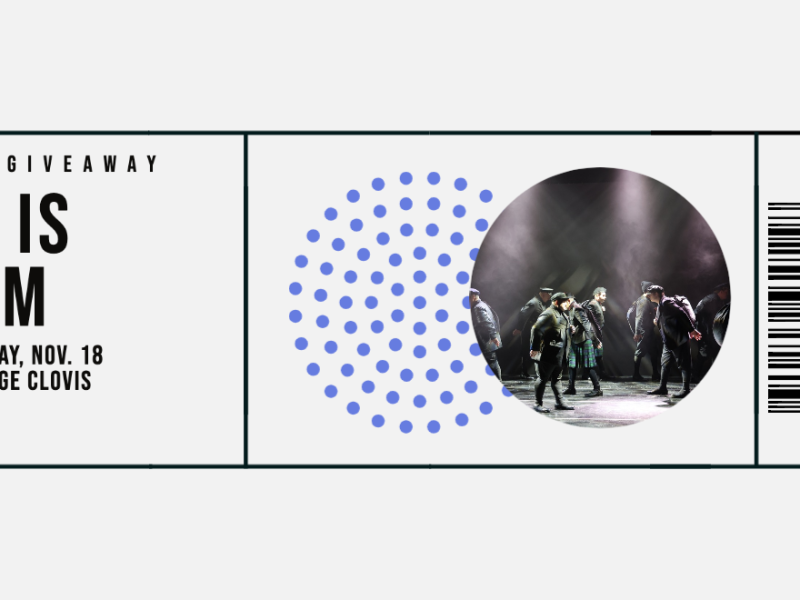