There’s more than one mermaid in this sea. Ariel — aka the sweet, young woman-fish who falls in love with a dude without proper gills — might get most of the attention in “Disney’s The Little Mermaid.” But you can’t forget about her six lovely, talented, golden-voiced, sometimes jealous, first-names-also-start-with-A sisters. (The official term for these siblings is mersisters, even though that word looks as if it should rhyme with Worcestershire sauce.) As CenterStage Clovis Community Theatre prepares to open its summer musical production, I decided it was time to spread some of the media love.

And thus, the Clovis Mersister Challenge was born.

The idea: Make these aquatic anomalies compete in a series of grueling events, then crown the winner. The prize: bragging rights throughout the world’s oceans.

On a recent evening before rehearsal, we left Ariel in her star dressing room and gave her mersisters a chance to make a splash. Here’s a rundown. Be sure to check out the YouTube video (shot and edited by Brandon Crane) to get all the sights and sounds.

AQUATA (played by Madelyn Broach): The oldest sister. Likes everyone to know she’s in charge. Yep, she’s a little jealous of baby sister Ariel. “She’s falling in love and I’m still living at home with my sisters and my dad,” Broach says.

ATINA (played by Annelise Escobedo): The reserved sister. She doesn’t really like to pay attention to anything and doesn’t care about a lot of things. “She’s just into herself and would rather stay in her room and read or play an instrument as opposed to going out and partying with her sisters,” Escobedo says.

ALLANA (played by Camden Johnson): “That’s Allana with TWO L’s,” she reminds me. She’s the sweet sister. “I’m concerned for Ariel because she’s always off in her own world and making sure she’s OK.”

ANDRINA (played by Alyssa Lyn Martin): The smartest one. And maybe a little bit of a nerd. “She likes to follow rules,” Martin says. “She doesn’t like it when people are outside the box, like Ariel is.”

ARISTA (played by Sarah Rosenthal): The brat. “She’s into her hair, how she looks, how her tail spins,” Rosenthal says. “She sees herself as the pretty sister.”

The challenge: Which mermaid can hold her breath the longest?

Atina goes first. She puts a hand over her eyes and plugs her nose. Her mersisters aren’t sure why. And Escobedo keeps going. And going. At the minute mark, the mersisters realize they’re in for a fight. Sample conversation:

“Can we make her laugh?”

“Why is she holding her eyes?”

Atina passes a minute and a half. Finally, she relents. Her time: 1:32.

From there on, the breaths get more shallow. The other results:

THE WINNER: Atina. She might be reserved, but she’s got great lung capacity.

The challenge: Which mermaid can sing the highest?

They gather around the piano, and director Scott Hancock lends a hand at the keyboard. Allana kicks it off, singing higher and higher, till she hits a high D. And then: “Nope!” she says, laughing. She’s followed by Adella (also a high D), Andrina (a high E), Atina (a high G), Arista — “I have to follow that?” — (a high E) and Aquata (a high D).

Granted, sopranos have a built-in advantage. But life in the sea isn’t fair: The higher the voice, the more likely a mermaid can snag an unwary sailor.

THE WINNER: Atina. Again. She’s the one to beat.

The challenge: A mermaid quiz!

The questions (and the mermaid answers):

1. What percentage of Earth is covered by water?

Correct answer: 71%. Winner is a three-way tie between Atina, Allana and Arista.

2. What percentage of the human body is water?

Correct answer: 60%. Winner is a two-way tie between Atina and Allana.

3. One of the plot points in “The Little Mermaid” has to do with identifying human artifacts. (Is it a fork or a Dinglehopper?) Each mermaid is shown a photograph of a formal place setting and asked to identify each utensil, from left to right.

Related story: The Munro Review has gotten creative with CenterStage before. Here’s a fun preview piece from last year’s production of “Fiddler on the Roof”: House Hunters International: the Russian Peasant Edition

Correct answer: Poseidon. All mermaids answered correctly, which is good, because he’s their grandfather.

5. And for a totally unrelated underwater question: What is the name of Spongebob Squarepants’ pet snail?

The challenge: Water taste test. Each mermaid is given a water sample. The question: Is it bottled water or Fresno water?

Correct answer: Fresno water. All answered correctly except Allana, who might be due for a taste-bud checkup.

The challenge: Draw your favorite sea creature. Here are the (darling) results:

Annelise Escobedo: You are the champion of the sea. Photo / Brandon Crane, CenterStage Clovis Community Theatre

Drumroll, please. You don’t need a master’s degree in Olympic scoring to figure out the mermaid champion. Atina, aka Annelise Escobedo, gets the gold medal. (To keep the peace, we won’t rank the rest of your mersisters.) Congratulations, Atina. Your sister Ariel might get a lot more stage time — and cool solos and a hunky prince — but when it comes to the Clovis Mersister Challenge, you get the bragging rights. 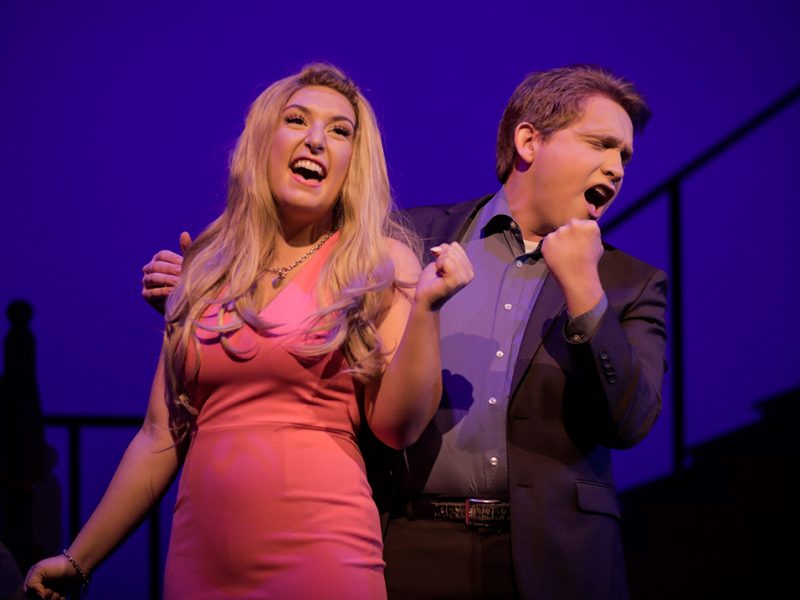 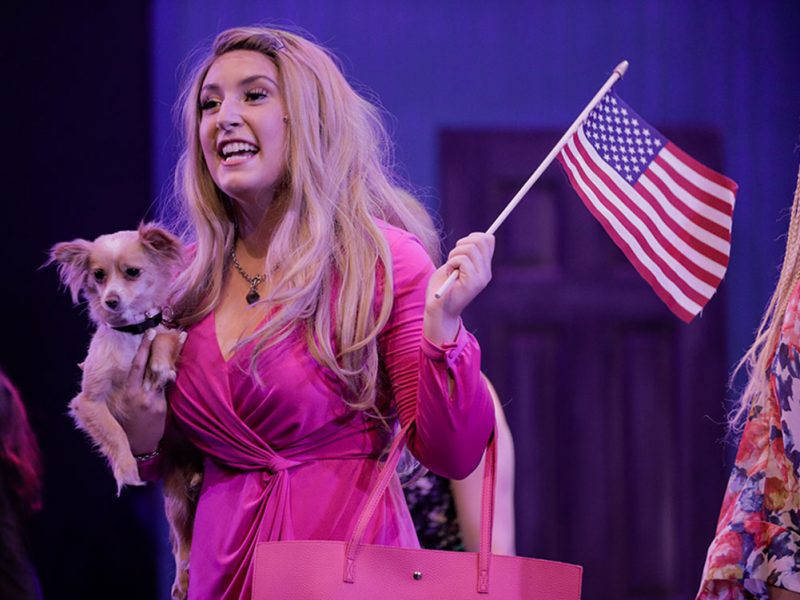 For Sarah Rosenthal in ‘Legally Blonde,’ opposites attract in an Elle of a role

Excited about July’s big theater openings? I’m giving away tickets to all of them