The List: From Kelvin Diaz Inoa to guitar summit, some promising picks for the weekend

Welcome to The List, a curated offering of promising events for the weekend. Why stay home with Hulu when there’s a whole world of local stuff to enjoy and support?

1. Orpheus: the ‘Next Generation’

You might think chamber music is forever destined to skew toward the older generation. Not if Orpheus, Fresno’s cutting-edge chamber ensemble, has anything to say about it. The group’s Friday concert, titled “The Next Generation,” features two younger musicians bursting with talent.

Kelvin Diaz Inoa is a hot commodity — sorry, I couldn’t resist a temperature reference — on the local classical scene. He’s part of the Tower Quartet (along with Lianna Elmore, Erin Adams and Matthew Smoke), which a couple of weeks ago kicked off the Valley Music Hall of Fame’s inaugural event at Fulton 55. (Plus, quartet members often perform with the Fresno Philharmonic, like at last Sunday’s Masterworks concert.) So you know these players are good.

And they’ve got an edge. If you want to punch up your day, check out the “Heavy Metal Shostakovich” video on the Tower Quartet Facebook page.

The second featured musician is Matthew Wheeler. He is a composer, conductor, orchestrator and collaborative pianist whose name is familiar to those who follow the local classical music scene.

Wheeler is finishing up a master’s degree in music composition at Fresno State and owns Narrow Path Studios, where he scores for TV and film.

The pair will join forces in the second half of the concert to present diverse compositions that explore the world of sound that can be discovered by solo cello, cello and piano, and cello, piano, and electronic enhancement, according to Orpheus artistic director Jack Fortner.

In the first half, the program features compositions that date from the late Medieval period to the early 20th century.

“This looks to be a very beautiful and exciting event,” Fortner says.

And it will also serve as a reminder that you don’t need an AARP card to enjoy and make chamber music.

Now in its fourth year, the Fresno City College Central Valley Guitar Summit culminates in a Friday evening concert headlined by Vladimir Gorbach, a world-renowned guitar performer. He is a Russian by birth and currently teaches in Australia at the University of Sydney — but is a Californian as well, says Kevin Cooper, the festival’s founder and director. Gorbach studied at the University of Southern California where he earned a DMA in Guitar Performance.

“He is one of the finest guitarists on the globe,” Cooper says.

His international success began in Germany where he was selected as a soloist for the Yehudi Menuhin Foundation “Live Music Now” outreach program. He then went on to win many international guitar competitions and prizes in Spain, Italy, Germany, Portugal, Greece and USA. His win at the Guitar Foundation of America Concert Artist Competition earned him an over 50-cities concert tour throughout North and South America including a debut at Carnegie Hall.

Gorbach will be joined by Fresno’s own Marissa Honda (a Clovis West High School graduate) on English horn. Honda is principal English Horn for the Fresno Philharmonic but spends most of her time in the Los Angeles area teaching and performing with the Los Angeles Philharmonic, the Los Angeles Chamber Orchestra, the Pasadena Symphony, New West Symphony and others. She went to USC for her undergraduate, master’s and doctoral programs. It’s there that she became friends with Gorbach. In the guitar summit concert, they will perform a series of Spanish songs that they have recorded together.

The evening culminates day-long festival and competition for high schools and middle schools.

It sounds like a dream day/evening for guitar lovers.

The largest gathering of folklorico artists from across the country celebrates a big anniversary this weekend. The 40th annual Danzantes Unidos Festival boasts a lineup so busy you could dance your feet off.

A highlight is the Evening Showcase Concert series. More than 800 performers from more than 40 groups from across the United States will showcase their best moves.  Concerts are 6 p.m. Friday, April 12, 6 p.m. Saturday, April 13, and 4 p.m. Sunday, April 14. (Tickets are $20.)

If you go: Friday, April 12 through Sunday, April 14, Warnors Center for the Performing Arts and Sunnyside High School. 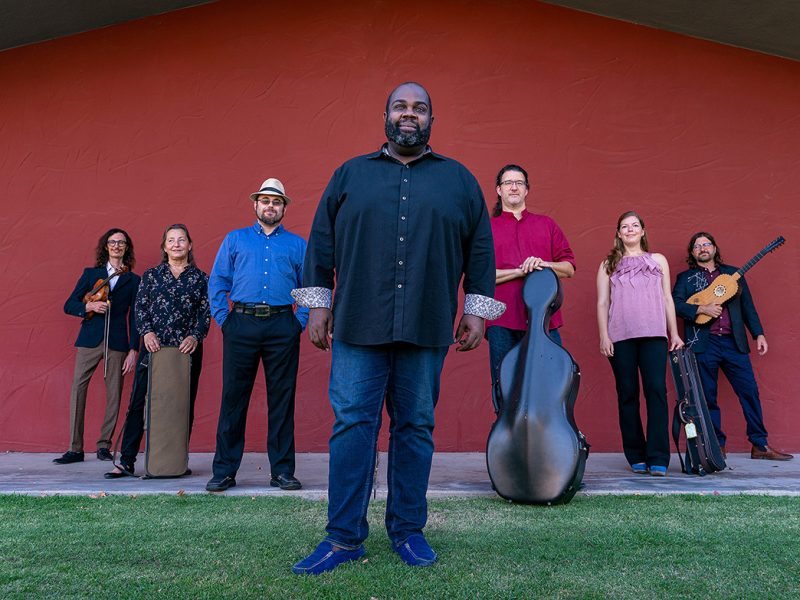