Here are three picks for a busy October ArtHop, the monthly open house of studios and galleries in the downtown and Tower District neighborhoods. For a full list of venues and shows from the Fresno Arts Council, click here.

“I’ve never been so motivated in my life,” says artist Mac Mechem.

Then he addresses the universe — or, at the very least, the Electoral College — by proclaiming, “Thank you for Donald Trump.”

Mechem is not a supporter of Trump. Far from it. The first painting he completed for “Trumpocracy: A Visual Critique,” his new show at Fig Tree Gallery, depicts the 45th president wearing a Speedo, red bow tie, star-spangled shoes and little else. He’s got an arm around North Korea’s Kim Jong Un, who is caressing, with eerily long nails, a ballistic missile. On his other arm is a bikini-clad Russian apparatchik, fiercely muscled and wearing a hammer-and-sickle cap, who looks like she’s ready to (ahem) explore what’s in the Speedo. Oh, and we shouldn’t forget the poor member of the proletariat under Trump’s foot. She’s reaching for a gold-plated bucket with which she’s presumably going to scrub the floor.

The title of the painting is “Yankee Doodle Dandy.”

“At the time, Trump was talking about palling around with Putin and Kim Jong Un, talking about being in love, and this is what came to mind,” Mechem says of his inspiration.

The show opens Thursday, Oct. 3, as part of ArtHop.

Mechem’s exhibition has 23 works. Eight of them are oil paintings. The other works in the show are collages.

All were inspired by Trump’s term in office so far.

“I get my ideas from the news, from anywhere, from listening to somebody talk,” he says. “Then I get a visual image.”

Mechem is a longtime figurative painter whose social-realism approach is steeped in wry, biting commentary. At their best, Mechem’s works take on a satirical agitprop impact, echoing and amplifying the political propaganda that permeates our lives.

Here are a couple of other works from the show:

Political art can be tricky in terms of timing. A work that an artist might spend six months creating could feel stale and out of date by the time it’s finished.

But for this show, which is opening the same week that impeachment proceedings are kicking off in Washington, the stars aligned.

“God, isn’t it perfect? Sometimes you’ll do something political, and the next day it will be all gone, things have changed so much,” Mechem says. “Now it’s at the height of everything.”

Mechem was a longtime art teacher at McLane High School and Fresno City College. He’s always had a feisty political streak, and Trump’s presidency has been keeping him busy. Maybe too busy. He’s been pretty obsessed with the topic.

“My wife says if I do another Trump, she’s going to divorce me,” he says with a laugh. “But she hasn’t divorced me yet.”

Does it make him nervous to be doing such a partisan show?

Nah. He invited a wide range of guests to tonight’s opening. He’s not sure who will show up, but all are welcome.

“Some of my friends are staunch Republicans,” he says. “We don’t talk politics.”

The show continues at Fig Tree through Nov. 3.

Not one but two promising shows are opening at Vernissage. Daniel Van Gerpen’s “Field of View” uses oil paintings, mixed media work, and even a sculpture to convey the different moods of the Central Valley. From the gallery statement:

Much of the inspiration for this work comes from areas surrounding the San Joaquin and Kings Rivers. The rows and roads bisect the compositions as gridded fields take shape on the canvas.The shimmering river cuts a cool wavy line through the verdant, but sometimes arid, landscape.

Happy 45th birthday to Gallery 25, which has long been a mainstay of the Fresno arts scene. In celebration, the gallery is holding a members’ exhibition. You’ll find various meda including paintings, drawings, photography, digital imagery and mixed media. Stick around for the Ampersand ice cream. 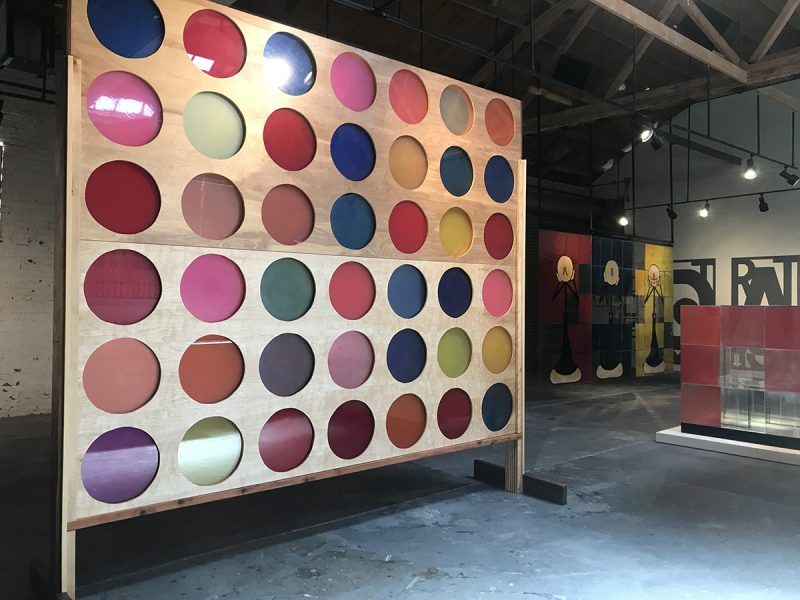 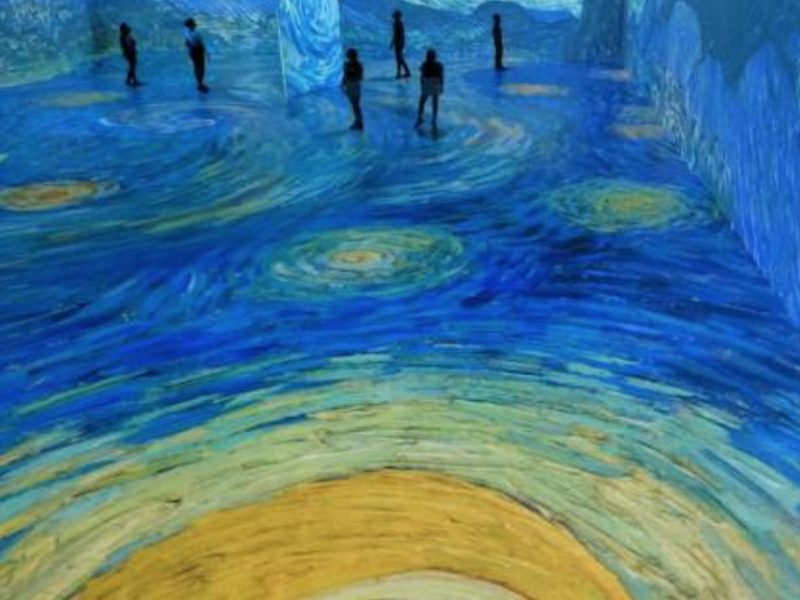