‘Home Fires’ is where photographer Bruce Haley’s head is

Like many artists, photographer Bruce Haley sees the world a little differently. I hope you can carve out some time to watch my in-depth interview with this fascinating artist on the latest episode of “The Munro Review on CMAC.”

The occasion is his latest book, “Home Fires, Volume 1: The Past” (Daylight Books), a collection of images taken in the central San Joaquin Valley. Haley spent his childhood living between Lemoore and Riverdale in an area known as the Island District. This was his childhood home. As curator and professor Kirsten Rian, who wrote the book’s introduction, puts it, it was a place in which Haley tumbled through his formative years running the land, riding horses across the fields and racing dirt bikes.

After an eclectic career that included winning the 1990 Robert Capa Gold Medal for coverage of the civil war in Myanmar (awarded for “best published photographic reporting from abroad requiring exceptional courage and enterprise”) and working for such clients as Time, Life, US News and World Report and The London Sunday Times Magazine, he returned to the Valley in 2014 in the middle of winter and the height of a drought.

The experience was in part an immersion in memory and in part a meditation on how humans shape their environments.

Rian writes: “The land holds memories and footsteps that, while washed away or covered up with new growth, or pavement, or crops, are still there underneath it all. Somewhere.”

“Home Fires” is not a book for people who are looking for pretty pictures. (Not that there’s anything wrong with that.) I happen to think that many of Haley’s images are beautiful, but I concede that it is a particular type of beauty — a kind that is spare and bleak, a beauty that comes from looking into a photo, not merely at it.

I talked with Haley via Zoom from his home at the very tippy-top of California (in Modoc County). Thanks to producer Kyle Lowe and editor Maricela Hernandez.

The interview starts at the 3:30 mark:

One aspect of Haley’s book particularly fascinated me. It’s the way it made me think about how landscapes — and landscape art — is in the eye of the beholder. Since the interview, I’ve been thinking about how artists throughout history have helped shape the way we think about our habitat.

In the interview, Haley talks a bit about the New Topographics Movement. He considers “Home Fires” as an example. Here’s a description of the movement from the San Francisco Museum of Modern Art:

“A turning point in the history of photography, the 1975 exhibition New Topographics signaled a radical shift away from traditional depictions of landscape. Pictures of transcendent natural vistas gave way to unromanticized views of stark industrial landscapes, suburban sprawl, and everyday scenes not usually given a second glance.”

“People hated it,” Haley says. “But it turns out that this has become one of the most influential exhibitions in photographic history. “We’re almost half a century on from it. So this book, especially this first volume, about the Valley is very much in the New Topographics vein.”

Artists have long used landscapes as a way to “see” the world — and to comment on the way that humans interact with it. Consider two famed landscape painters: Constable and Turner.

At the time they were painting, the central San Joaquin Valley was a much different place, barely touched by the Native American inhabitants and Spanish settlers of the state.

In 19th century England, the artists made emphatic statements about the impact of the Industrial Revolution. In an essay, artist/philosopher Janet Thomas writes about the utopian view of Turner and dystopian view of Constable:

Joseph Mallord William Turner (1775- 1851) revealed a more inquisitive attitude toward industrialization, whereas John Constable (1776-1837) was far more nostalgic and wistful for an England of another time. Constable’s view of England during the Industrial Revolution was dystopic because he witnessed the environmental and social degradation that was overwhelming his beloved countryside and painted the other extreme. However, Turner embraced the new technologies that afforded him the ability to move at will around England and Europe, and painted a utopian world where these technologies were all working for the betterment of human society.

To me, Haley’s work sits somewhere in the middle of these two views.

There’s a dystopian element in that nearly all his images include some sort of human intrusion (a fence, a power pole, a road, an abandoned dwelling). Yet the utopian view also is present — and perhaps dominant. Look closely, and you can find a rugged aesthetic appeal to oil rigs dotting a hillside, or a massive concrete canal wending its way through cropland, or the way the sun glares off the asphalt of a curving country road.

What’s more, Haley is inspired by the things that people leave behind. These are the decaying dairies, broken-down fences and abandoned dwellings of his book. To some, they are eyesores. But he looks at them and sees the dreams of the people who built them — and the work they put into living on this hardscrabble land. These remnants whisper to him like ghosts.

Just a few days ago, the New York Times published a long and intense article about how the city of Corcoran is sinking, a direct result of the human use (or abuse) of the land. We have altered the land in this valley in drastic ways, and most would argue it’s for the better; we diverted water and changed the way the world eats. But the Corcoran story is the scary side of that “progress.”

I thought of Haley when I read the story and wondered how he would photograph those scenes. One thing is for certain: Like so many who came before him, he would give us an artist’s view — and help us to think, reflect and ponder just what it means to look at a landscape. 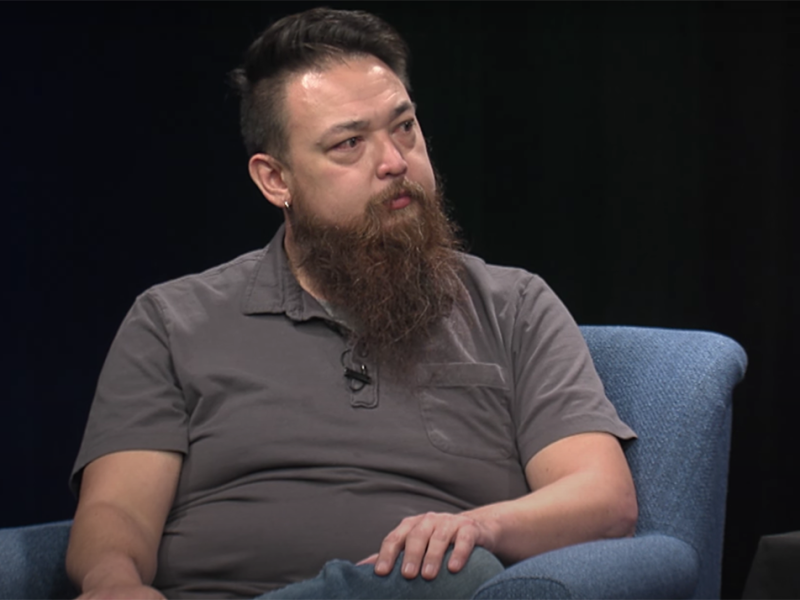