Here’s a rundown on three promising arts picks for the weekend:

California Opera Association’s annual arts and education festival ends with a fully staged production Friday evening and Sunday afternoon of “La Cenerentola (Cinderella),” an operatic version of the beloved fairy tale, at the Mercedes Edwards Theatre in Clovis. Under the artistic direction of Fresno’s own diva, Edna Garabedian, the festival brings together opera students, advanced singers and professional faculty in a month-long program. “Cinderella” is the festival’s big finale. And because it’s free (donations gladly accepted), it’s a great way to expose children to opera as an art form.

The production is stage directed by Richard Adamson, and the orchestra is conducted by Brian Asher Alhadeff, artistic director of Opera San Luis Obispo. Here’s the principal cast:

It’s the first time that Alix Jerinic — a veteran of California Opera — has played the role in her career. Here’s a mini-interview with her:

Q: Tell us how you’re approaching the role, both vocally and acting-wise.

A: Bel canto music, which Rossini and this work are the epitome of, requires one to use the voice correctly, with the proper alignment and placement. I’ve been working on the role for the better part of a year and it’s taught me so much about my instrument.

In portraying Angelina, my goal has been to make her a fully human and strong character. It’s a challenging role because for one, she and Prince Ramiro both tend to play the role of “straight man” to the craziness of Dandini, Don Magnifico, and the two step-sisters, and two, she spends much of her life taking care of people who are terrible to her, and then forgives them and welcomes them into her new life in the end when she could finally be free of them.

In our modern society, such forgiveness is difficult to understand, and it’s easy to characterize her as a doormat. However, I, as a thoroughly modern woman myself, feel very strongly that she *not* be a doormat, but a strong woman. These fairytales all come out of a time where you accepted your lot in life, especially if you were a woman. Angelina’s step-father and (in this version) younger half-sisters are the only family she has in the world. She feels she’s doing her duty in taking care of them, and poignantly, hopes she’ll one day have their love if she does. She does not, however, endure all their abuse without comment or protest. By the end of the opera, her family faces completely destitution and possible legal trouble, and it would be easy for her to let them suffer. Instead, she truly does a heroic thing and saves them with her forgiveness.

I also really wanted to underscore that she falls in love with the prince before she has any idea of who he really is, believing he’s just a servant, sort of like herself. Their meeting is the first time in her adult life someone has asked her about herself and wanted to have a conversation with her. I could go on and on about her and the the opera as a whole, but I’ll stop myself! To sum up, I think she’s a remarkable character and I hope my portrayal of her reflects that!

Q: Give us an update on your opera career since you were last in Fresno. What is coming up for you?

A: One exciting piece of news is that since 2016 I’ve been represented by Sardos Artist Management, a long-established artist management firm based in New York City. Earlier this year I played Miss Proctor, the wacky, absent-minded nurse in the West Coast premiere of Menotti’s “The Boy Who Grew Too Fast” with Golden Gate Opera. I’m also very excited to say that next June I’ll be performing Mahler’s Lieder eines fahrenden Gesellen with the Kensington Symphony Orchestra under the baton of Geoffrey Gallegos, who has also conducted here at California Opera.

Q: Give your pitch as to why people should come see the production.

A: This is an ideal opera for people who are new to opera, and will be just as enjoyable to opera aficionados. It will be fun for both children and adults. It’s a familiar story we all know, but with unique twists, and our cast is stellar. It’s not only filled with glorious music sung by great singers, it’s also full of comedic gold. Our director, Richard Adamson, has such a great concept for the show, and Maestro Alhadeff approaches the music with so much respect for the Rossini-style and such panache. Finally, our cast is truly outstanding. I’ve felt so fortunate to work with each of my colleagues on this show. We’ve had a terrific time working on it and hope people will have a terrific time seeing it!

Theatre Arts Alliance — whose motto is “360 degrees of performing arts” — can’t stop the beat with its new production of “Hairspray.” It performs this weekend only at Visalia’s L.J. Williams Theater. Krystle McWells plays the leading role of Tracy Turnblad, the plump Baltimore girl who in the early 1960s is ready to embrace racial inclusiveness. From the Visalia Times-Delta preview story:

McWells considers the show to be a landmark in her own life and never thought she’d get the chance to be a part of it until TAA decided to bring the show to the local stage, she says.

Being a fan of the Broadway show since high school, McWells says that she always felt “Hairspray” was made for her. When the 2007 film version starring John Travolta was released, it was the first film she was brave enough to see in a theater alone.

‘I Love You’ in Oakhurst

The play reveals the difficulties and joys of connecting with another person at nearly every stage of life.

Ten actors play more than 40 roles in a collection of scenes and songs scaling the dizzying spectrum of male/female relationships.

According to Director Jennifer Janine, this hilarious musical comedy uses song styles as varied as Country-Western ditties, tangos and ballads. 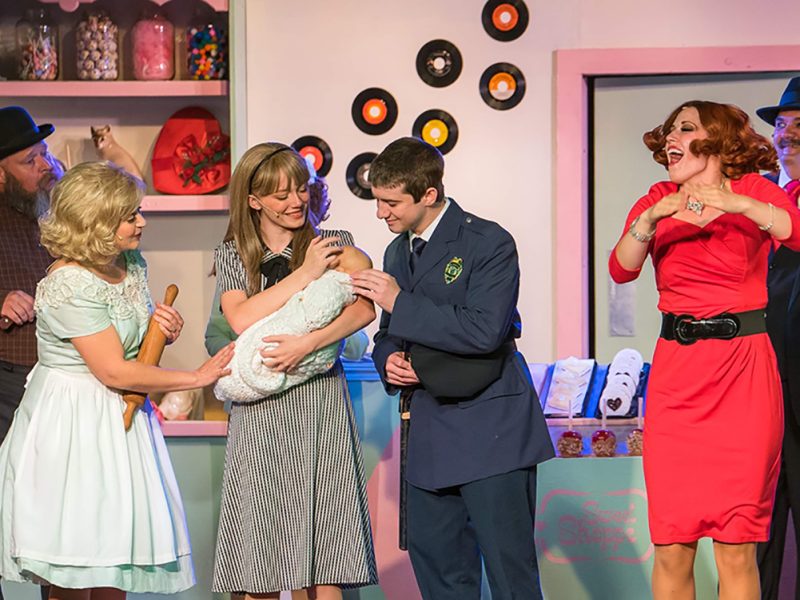 Weekend pick: Golden Chain Theatre in Oakhurst gets sweetly silly with a melodrama 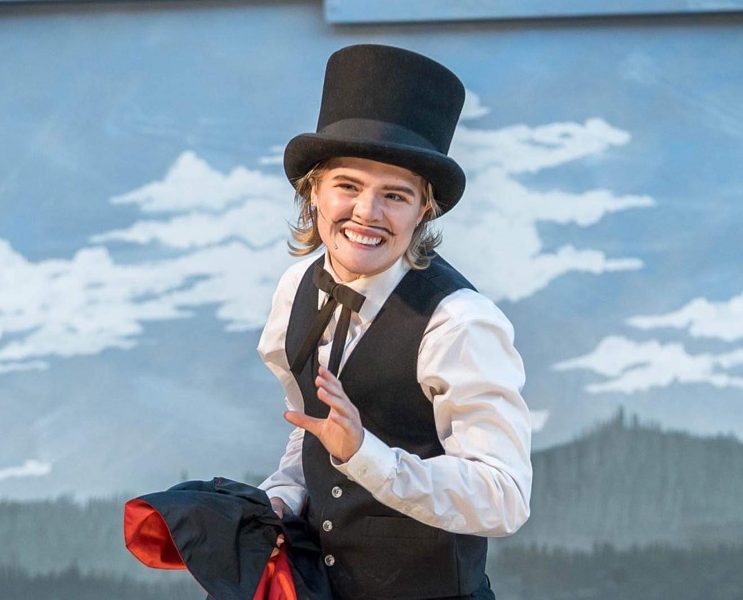 With a notable starring role as the villain in Golden Chain’s ‘Drive-In Melodrama,’ Lyric Gianni follows his own original path