This is worth a roar for Children’s Musical Theaterworks: The company is opening one local premiere after another. CMT tackled “The Hunchback of Notre Dame” last month with its older players (ages 14-20), and now it’s offering the local community theater premiere of “Disney’s Lion King, Jr.” with a cast ranging in age from 6 to 13. The show opens Friday, Aug. 4, at the Fresno Memorial Auditorium.

Here are five things to know about the production:

The costumes are designed with both animal and human characteristics. “Pulling inspiration from the animals the actors play as well as the actors themselves has been our goal,” says costumer Jacob Moon. “The audience gets to see the actors challenge themselves in ways like movement and voice to make their character come to life.”

Another key requirement for the costumes is to convey the passage of time.

“In this show, it is important that the costumes evolve with the characters as they change, especially when looking at the transformation of young Simba and young Nala to their adult forms … Each of their costumes have extremely similar pieces and colors to keep consistency, but are reimagined to highlight their evolution of personality and their current position in life.”

The director just turned 18, making her one of CMT’s youngest in the role. Jenna Madden’s first show to direct was “Clairvoyant” at Buchanan High School in December 2016.

She’s got big plans ahead.

“After the closing of ‘The Lion King,’ I am moving down to Hollywood and I will be attending the American Academy of Dramatic Arts as a first year student,” she says. “My goal is to continue working on productions, and in a few years start auditioning for roles in film and television.”

Here’s a behind-the-scenes secret: The set for “Lion King” is actually the same as for “Hunchback.” (It was designed by Kris Cadieux, and in my coverage of the show, I singled it out for praise.) Minor changes were made to make the set safer for younger children. This included lowering the 7 foot platform to 5 feet and adding railing to the ramps to make it easier for children to get up to the platforms.

“It is hard to recognize because the set dressing is so different, including Rafiki’s tree, steps that look like rocks, and a roll-on piece that is meant to look like the log from the original Disney movie,” Madden says. “The set transformation is truly amazing when considering this was a beautiful Cathedral last week!”

The show is designed for families with kids of any ages. At only 1 hour and 25 minutes including intermission, it lends itself to shorter attention spans. And Disney has price restrictions on the title, Madden says, which makes it an affordable family outing. 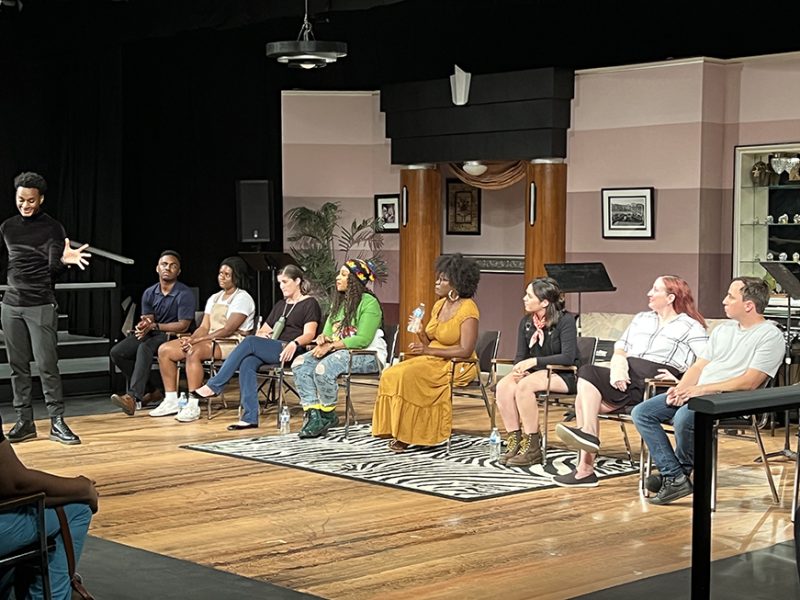 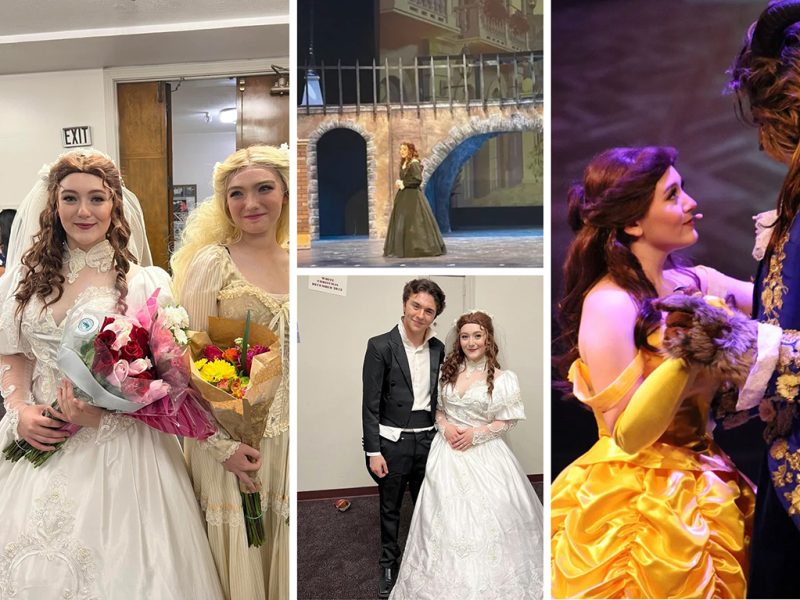 A tale of two leading roles: As Cosette in ‘Les Miz,’ Emily Swalef goes from 17th to 19th Century France