July’s ArtHop — the monthly open house of galleries and studios in the downtown and Tower District neighborhoods — might be a little slower in the heat of the summer, but there are still lots of options. ArtHop is 5-8 p.m. (at most locations) on Thursday, July 5.  The Fresno Arts Council has a full list of venues and shows. Here are five exhibitions that I think sound promising:

Mike McGarvin, affectionately known as “Papa Mike” of Poverello House fame, took many photographs of the homeless. You can see 20 of his most powerful images in a show titled “View to the Soul” along with works from other distinguished photographers.

Papa Mike took photos because he didn’t want people forgotten, says Jeff Negrete of Poverello House. “He wanted those who didn’t understand the trauma of poverty to see that the poor are not faceless.”

Here’s how Papa Mike said it: “I hope my pictures have put a face on their desperation and captured their humanity. I hope that these pictures say, we are poor, but not too different than you. We love, we hurt, we bleed.”

The photos, which range from the 1970s to the early 1990s, will be supplemented in the show with works by Joel Pickford, Peter Herzog, Lance Pearce, Keith Seaman and Lisa Ann Warren.

The exhibition marks the one-year anniversary of McGarvin’s death. It includes an opportunity for people to help put together hygiene kits for Poverello House clients that will include a handwritten note.

Negrete called the exhibition a tribute to a special man. “He did so much for so many, for Fresno and for all of mankind,” he says. “It is a reflection of Papa Mike’s point of view, which was one of dignity and respect of the homeless. It allows for human connectivity to a complex issue.”

Michele Sani, a Gallery 25 member, and R.G. Barnes, a guest artist, offer the exhibition “Tenacity” for the month of July. Sani is inspired by Charles Baudelaire’s poems, which make the artist see things — perhaps like the opium Baudelaire took that made him see the sultry, seamy underbelly of Paris. Barnes creates an homage to the history of Gallery 25. This body of work includes nostalgic pieces as well as recent works of sculpture and assemblage.

“Dick Haas: A Retrospective” honors a man who was a member of Spectrum for 28 years and who began using a 35mm camera in his Army days in Germany in the early 1950s. According to the gallery, Haas began photographing regularly during his service as interrogator/interpreter in camps for refugees from Eastern Europe. A Professor Emeritus of Biology at CSUF, he had instructed Biology, Ichthyology, Human Ecology, Vertebrate Natural History and was involved in teacher training. His travels stemmed from consultant work for the World Health Organization and included mosquito/malaria control in developing countries. He also served as tour leader or participant in small group travel.

We are so proud to display Dick’s photographs and offer a wonderful opportunity for the public to view and purchase his memorable artwork. His family wishes his works to find as many homes as possible where they may be appreciated. The sales will benefit both his family and Spectrum Art Gallery.

Ren Lee, who is particularly interested in depth psychology and the spiritual dimensions of the psyche, has a show titled “Celestial Bodies” that sounds fascinating:

My present work has evolved out of a period of regression hypnosis, approximately 60 hours of intensive emotional introspection, during which I became aware of the presence of protectors, guardian angels, spirit guides, or familiars. I feel the daily guidance of these presences in my ongoing creative journey, calling me to work deeper, improve technique, be mindful, and be kind. Through sharing these works, I have come to understand that many people have similar experiences or feelings about unseen spirits or guardian angels, and the visualization of such beings through sculpture offers a touchstone for personal growth, ethical grounding, and self-reflection.

Details: The exhibition will be on display through July at Clay Hand Studios, 660 Van Ness Ave.

For most of his life, Dinuba native Rob Lopez has worked in pencil and pen creating comic book style art, and concept art, but has steadily moved to more digital mediums such as Clip Studio Paint Pro, Medibang and ProCreate for the iPad for more colorful and detailed illustrations.

You can find some of his latest work at the Community Media Access Collaborative. Now back in Orange Cove, Lopez is a member of the Arts Consortium and a “bro” at #ILOVEARTBRO in Visalia. 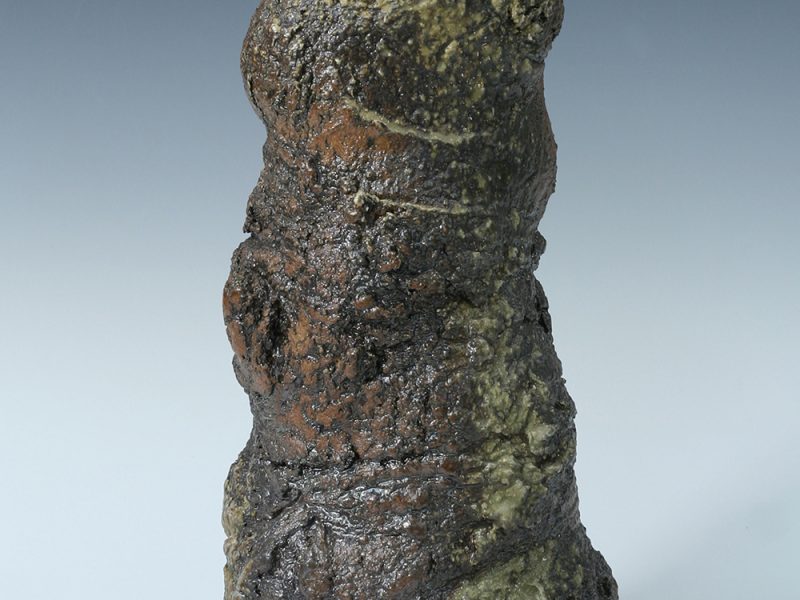