he first episode of “Fresno Famoso” is in the history books, and my compadres and I had a great time on Sunday night offering a new, real-time arts showcase focusing on Fresno-area artists — or ones who have moved away but still bear allegiance to the ‘No.

I’m one of four producers on the show and lined up three guests for the premiere episode: Kyle Lowe (photographer/filmmaker, musician and CMAC producer extraordinaire), Emma DenBesten (she of the golden voice), and Benjamin Boone (Fresno’s jazz man and proud daddy of a new album, “Joy,” which was just released). Other guests on the show included Bryan Medina, Aideed Medina and Michael Domin’Q’uez from Inner Ear Poetry; and Charles Montgomery, a world-class B-boy out of SE Fresno, and Fresno State music historian Sean Slusser discussing Fresno hip hop culture. Plus: a special appearance by Amber Fargano of Fatty Cakes and the Puff Pastries!

One great thing about the show is that it can be a platform for artists to share their work, sell their art, merch and services and bring in donations. DenBesten is in the new Good Company Players production of “The King and I” at Roger Rocka’s Dinner Theater, which is on hiatus due to viral issues, and she put in a plug for supporting community theater during this tough time by buying gift certificates for future shows or joining the GCP fan club.

Look for the second episode of “Fresno Famoso” 7 p.m. Sunday on Facebook Live. 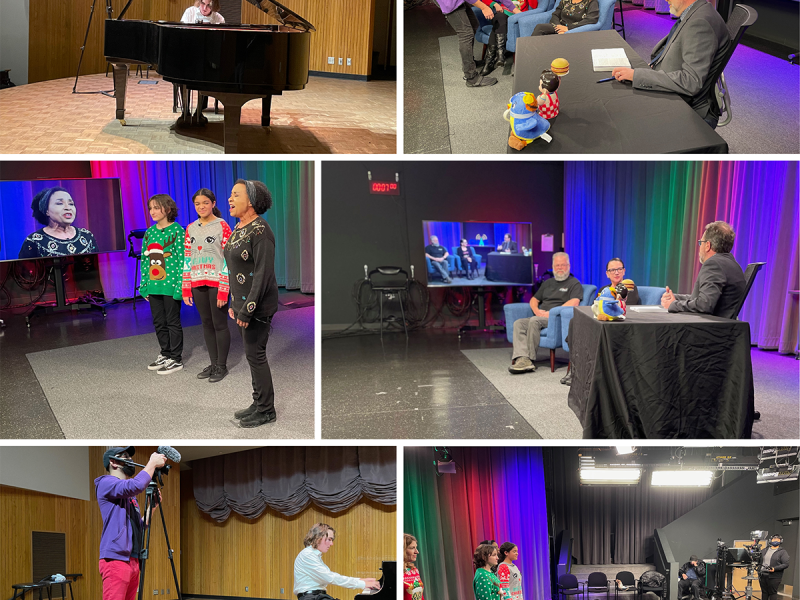 Video: A peek at Good Company’s ‘Months on End’ and an interview with Keyboard Concerts’ Aidan Purtell