Bitwise held its No Place Like Home: Virtual Culture Fest on Saturday, and one of its selling points was this: “Live music, djs, shop vendors, order food and drinks – all at your fingertips, without ever leaving your home.”

Well, except for Jackie Ryle.

This roving correspondent for The Munro Review always has a full Saturday planned, see, and the local arts dynamo wasn’t going to let that stop her from enjoying Bitwise’s 13-hour onscreen festival.

What else did Jackie do while streaming it live?

• She took her customary two-hour jog-walk through the streets of Fresno with her trademark baby stroller (always good for balance and overcoming sidewalk disruptions.)

• She drove to Los Panchos — one of the featured food venues for No Place Like Home — to pick up her lunch.

• She ate her lunch.

• She took a shower. (Well, she took a break from the festival for this task, but it was pretty much the only time she was offline the whole day.)

• She helped refurbish some of the 40,000 old but still useful face masks being refurbished by the Fresno Cultural Arts Rotary Club (“The only cultural arts Rotary club in the world!” its members shout at the opening of each meeting). Yes, as she was replacing elastic bands to stop the spread of the coronavirus, she was also live-streaming Hope Garcia with the Box.

Jackie is the queen of multi-tasking.

We asked Her Majesty to help give us a quick rundown on the festival, which included music on a mainstage, DJs on a DJ stage, and a venue for speakers and workshops. Jackie, always one to embrace an experience in all its forms, tried all three, plus she perused the marketplace and enjoyed her aforementioned Mexican lunch. Some of her observations:

The viewing experience: Essentially, think Zoom times three, minus all the little squares of audience members. Each performer or presenter came live from his or her own home or studio. Jackie actually watched the event on her phone, but the more common platform was laptops or desktops, or, better yet, streaming to a big TV.

The audience: Jackie talked afterward with Talisha Brantley of Bitwise, who told her the festival attracted 1,300 audience members — officially a “sellout.”

Best virtual performer: That would have to be Patrick Contreras, the superstar local violinist who “knows how to put on a good show,” as Jackie puts it. “Patrick was very interactive. He talked through it with the audience, and he had a lot of eye contact with the camera.” While audience members couldn’t “see” each other, they could interact through the chat function, and Jackie liked how Contreras smoothly incorporated those chatty tidbits into the show.

Most relaxing: “All Levels Yoga” with Jameson is Jackie’s pick. (Though it’s hard to imagine feeling relaxed running through Fresno traffic.) “It was all about mindfulness,” she says. “I thought it was great.”

Best speaker: Amanda Allison gave a terrific lecture on “Engaging from a Distance,” geared to meaningful social interaction in a time of quarantine. (Jackie was impressed by Allison’s tech prowess in terms of sharing screens.) Now, if you’ve looked at Jackie’s Facebook page, you know that she is no wallflower when it comes to interacting with others online. (In fact, among the many Facebook photos she posts on a daily basis are ones of actual flowers.) But even she picked up some good tips.

Most interesting performance space: Jackie was charmed by Omar Nare and Jasmin La Caris’ home dance studio, which included the couple projecting photos in the background. (Fun tidbit: You could learn on last week’s “Fresno Famoso” that Nare and La Caris dumped their bed in favor of sleeping on the floor — all in the name of better backs — and turned that room into a dance space.)

Most sparkling personality: Hope Garcia with The Box. Her outdoor venue was entrancing, and Garcia just has that special “something,” Jackie says.

Biggest surprise: Grammy-winning singer Lisa Loeb dropped in for an unscheduled set. Long a friend of Bitwise, Loeb’s appearance added a celebrity sparkle to the day:

Finally, a tip: The Marketplace, where local vendors offered their wares, was a bit static, Jackie feels. She really wanted to support the peddlers by buying something, but it was hard to find something that appealed to her. (“It occurred to me it would have been cool with the vendors in the Zoom rooms,” she says. “By that point in the festival I was used to having that personal experience … I would have shopped more and would have spent money on purpose.”) Still, she did finally manage to connect with Alina Walker and bought some greeting cards.

Final thoughts: Jackie thought the experience was groundbreaking. What she liked best was how adaptable the worlds of art and performance can be. We might still be social distancing, but that doesn’t mean we have to be socially distant. She’s all ready for the next virtual event. “I had so much fun,” she says. “What it showed me was what all the possibilities are.” 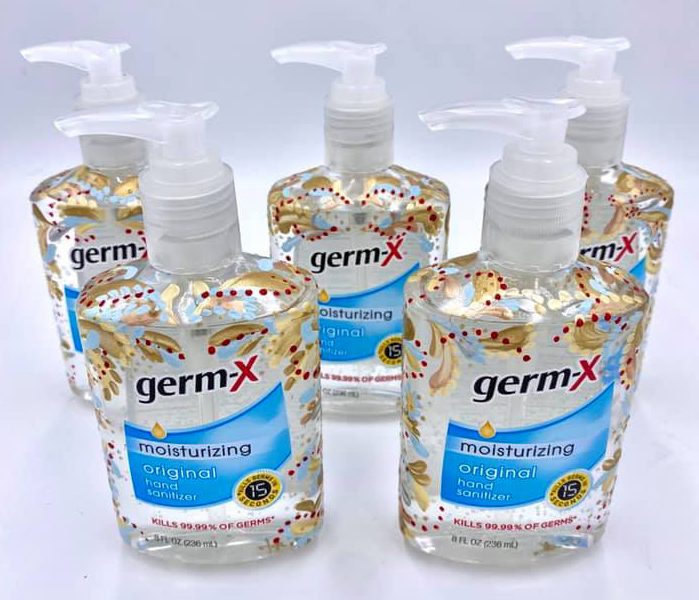