Mariachi gets a makeover: Omar Naré offers new spin on a proud tradition

Groundbreaking artists are impatient. They aren’t content to do things the same old way. They push and pull and stretch. They are never quite satisfied with the status quo.

With his style of “Nuevo Mariachi,” Sanger native Omar Naré gives a makeover to the beloved musical artform of his youth. He isn’t against what he calls “pure mariachi,” but he wants his version — which he describes as a blend of “sophisti-pop and mariachi traditions” — to crackle in modern times. For that, he’s getting attention. A recent public radio story on Naré delved into his fascinating life story and musical innovations. (A mention of and link to that piece, which I recommend you give a listen, even made it into the New York Times.)

You can hear Naré’s music at a Bitwise concert on Saturday, Feb. 17. I caught up with him for a fascinating discussion.

Q: Your grandfather was a farmworker. You’ve worked in the fields yourself. What connection does mariachi have to the land?

A: I like to imagine that my grandfather packed clothes, blankets, and a box of Pedro Infante records when he drove from Mexico to California with my abuelita! Mariachi has always been the music of the land. The earliest mariachi musicians would wander from hacienda to hacienda picking fruit and training horses. At night, they would play their violins and guitars. Later, the music became organized, hip and urban — think Mexico City in 1936 — but it has always maintained its folk identity, even till today. It’s always been music of the land.

Q: Your tio Ruben tells PRI about introducing your family to your great singing voice. Do you remember that first time you sang for your family? What sort of memories do you have of those first years singing mariachi?

A: My tío taught me to sing Spanish songs. I would walk from my grandma’s house through an orange grove to go play Nintendo with my cousin. I remember my uncle sitting me down on his pool table. He grabbed a guitar and taught me how to sing a song called “Cariño.” I don’t remember performing that song for my family, but, I do remember singing it at my first gig. I was 12. A lady in our church invited me to sing at her wedding. I said, “Nope.” Then she offered me $50 and asked if I would sing mariachi songs. I quickly told her, “when and where?!” Haha! After that, my mom began managing my career and by the time I was 15, I had toured from California to Arizona.

Q: I’m picturing you as a child mariachi star dressed in traditional garb. Was that a thrill for you at that age? Did your friends think it was cool, or did it ruin your social life?

A: When I think back, I had a lot of fun, but it was real work. It’s not a normal childhood activity to be promoting yourself or traveling from gig to gig. I honestly tried to not talk about it with my friends, although, everyone had seen me sing. I didn’t start to feel self-conscious about mariachi until I was 15. At that time, I entered a “Star Search” competition. Everyone was singing in English. You had the Whitney Houston “I Will Always Love You” impersonator, the *NSYNC boy band act, and the dance groups. I was the only one in a big sombrero and they all looked at me and snickered. I had never felt that before. I ended up winning the competition but the sting stayed with me. Soon after, I started to sing other types of music and wrote an album of original pop songs. When I wasn’t touring, I was at Roosevelt School of the Arts and got along well with the other band nerds. I ended up finishing High School at 17 through correspondence, and to make a long story short, flew to Torino, Italy to work with a producer. We made a teenage pop demo and I turned down a record deal from Sony. After that I enrolled at Fresno State.

Q: What were you like as a student at Fresno State in terms of interests, attitudes toward music, etc.? What did you study? Had you re-embraced the mariachi of your youth at that point?

A: I thought about getting a degree in music but after Italy I was more focused on songwriting than singing. I decided to study Spanish Literature because I thought that reading good writing would help me become a better songwriter. Nope. The only way to get good at writing songs is by writing songs. My career pretty much screeched to a halt while I was in college. I was too busy writing essays and doing homework for 20 units a semester. Right before I graduated, I met one of my best friends, Richard Juarez, who invited me to sing in a Salsa band. That was my reintroduction to music. It would still be 7 years, a Spanish Rock phase, many bands, and a wedding before I thought about mariachi again.

Q: I thought it was really interesting in the PRI piece that the reporter decides you aren’t so much trying to find a modern take on mariachi as a “California take.” What are your thoughts on that?

A: On one hand, a California approach to mariachi is a modern idea. Pure mariachi is the national symbol of Mexico. Really, it is a heritage music. Nuevo Mariachi is 3rd generation, Mexican-American music. To say I’m Mexican, born in Mexico, is a lie. If you can’t hear California in my music, then, I’m doing something wrong. On the other hand, very few people know that early mariachi has been here since Alta California was a state in Mexico. To call my music “Californio” is not really new at all! I’m simply continuing a tradition that dates back to the 1800’s. In those days, there were no trumpets in this music and I don’t use trumpets now. At that time, mariachi artists did not wear charros. Juan Bandini, a popular folklorico dancer from San Diego wore dark silk jackets, white stockings, and morocco slippers. He was peacocking for his time! As far as I can tell, I am the first and only artist to call my music “Nuevo Mariachi.” It’s important for me that people who come to my concert hear California in the music.

Q: Is your upcoming Bitwise gig a solo performance?

A: I am fortunate to work with strong, talented musicians. I’m not on this journey alone. Ismael Ramirez will join me on guitarrón. Jorge Luis Laris will be on vihuela. They both have arranged songs for the show. The incredible Eva Scow will play violin and mandolin and my wife Jasmín La Carís will perform two dances filled with Nuevo Mariachi spirit. The show is mostly original music with a few traditional covers that we love. It’s important for people to that know that Nuevo Mariachi is not against pure mariachi. I like to think of it as a bridge, or, as a new blossom on an ancient tree.

Q: For many people, particularly those who are used to scarfing down chips and salsa while listening, “mariachi” and “spectacle” are synonymous: lots of players, lots of emotion, lots of volume. (I don’t think I’ve ever quite regained all my hearing after one particularly energetic dinner serenade at Los Amigos.) Is it ever a tough sell when you scale down your approach? Do some audiences want you wearing a charro?

A: Mostly, people love the changes. I’m inspired by the success of acts like The Buena Vista Social Club, Zakir Hussain, and Paco De Lucía who took their cultural music around the world. And honestly, there are times when I will wear a charro. It’s such a strong look! I have one and it’s an honor to represent the deep roots of my culture. Being very clear in my approach, though, has helped people decide if they are interested in listening to my music. The few that are most critical tend to be traditional musicians who want to preserve pure mariachi. For example, my guitar teacher who taught me how to play when I was 12 unfriended me on social media. Another prominent musician, who I used to work with, criticized me harshly online. They love the history and cultural traditions of Mexico. I do, too, but I refuse to believe that mariachi is done with its development. We always go from innocence to knowledge to higher innocence.

A: Haha! The best thing about playing music professionally, besides the music, is the food! OH THE FOOD! It is my dream to eat at NOMA in Copenhagen, Osteria Francescana in Modena, and Quintonial in Mexico City! Eating next-level food is way more important to me than who I work with or the stages I play. I’m sorry Shakira!

Q: What can people expect at your Bitwise concert?

A: At 6 p.m., guests will be greeted with cocktails and good food. Afterwards, the band and I will take the stage at 7 p.m. to play Nuevo Mariachi in front of a backdrop painted by renowned muralist Mauro Carrera. We’ve put our love and hard work into this music and we want people to enjoy themselves. Families and friends are invited. Anyone who loves Vicente Fernandez, Lola Beltrán and Pedro Infante but who craves something new.

A: I want to send love to Bitwise Industries, Fresno Arts Council, and The Central California Hispanic Chamber of Commerce for believing in this project. I want to thank the fans that already have reserved their seats. I made them a promise and I’ll keep my promise. Finally, thank YOU Donald! I appreciate you talking with me and giving me the opportunity to tell people about Nuevo Mariachi. 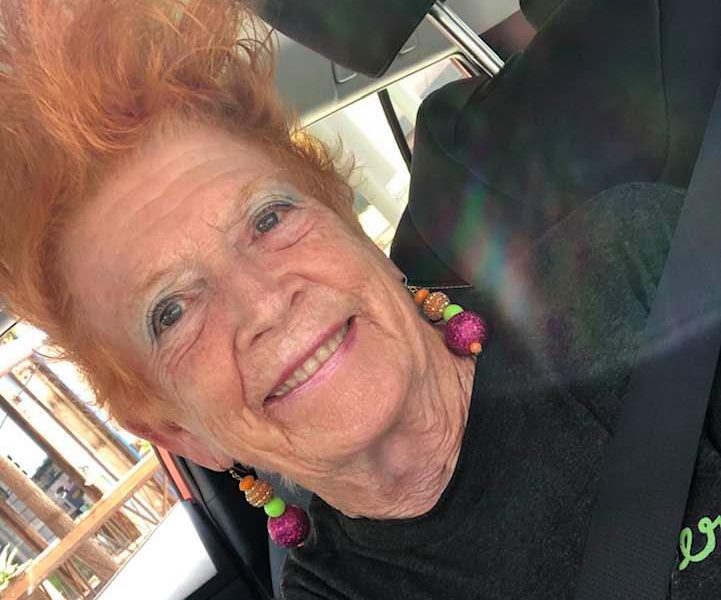