Keyboard Concerts closes its 2017-18 season with Juho Pohjonen, one of Finland’s most prominent musicians. He will perform a program that includes works by J.S. Bach, Mozart, Schubert, and Franck. The concert is 3 p.m. Sunday, May 20, at the Fresno State Concert Hall. [caption id="attachment_9046" align="alignright" width="300"]

Juho Pohjonen[/caption] Andreas Werz, artistic director of the Philip Lorenz Memorial Keyboard Concerts series, is particularly excited to bring Pohjonen to Fresno. “Last summer I heard Juho's recital at the Beethoven Haus in Bonn, and I can say that he is truly an outstanding talent,” Werz says. “Prior to his Fresno appearance he will give a recital for the La Jolla Music Society -- so once again we are in good company.” Pohjonen has given acclaimed recitals at the major venues in New York, Washington, D.C., San Francisco, Vancouver, Detroit, La Jolla, London, Hamburg, St. Petersburg, Helsinki, Warsaw, Hong Kong, and Antwerp.

With ‘Dear Audra,’ a chance to tell Fresno’s beloved Broadway star how you feel

In choral music, the idea of "women power" means a very special thing. Ten years ago, Fresno welcomed a new high-level choral group offering audiences a distinctive sound: All the singers were women. Soli Deo Gloria was born. “I love getting to sing difficult music with this group and polish it to a high level,” says Julie Carter, the group’s artistic director and founder. “I’m very proud of how hard the singers work. After all, they all have day jobs and volunteer their time singing! They’re delightful women to work with.” [caption id="attachment_9025" align="alignnone" width="640"]

Members of Soli Deo Gloria perform Friday, May 18.[/caption] To mark its 10th anniversary, the group is offering a season-ending, celebratory concert titled “Blue Skies and Broadway.” It will feature songs from such classic musicals as “The Wizard of Oz” and “Pajama Game,” along with selections from more recent musicals such as “La La Land,” “Frozen,” “Les Miserables,” “Phantom of the Opera” and “Wicked.” As the season winds down, I enlisted the help of Carter and members of the chorus to come up with 10 Things to Know about SDG. Here’s their list in Carter’s words:

The group started rehearsing in the fall of 2008. I was looking to start a group that would sing at a high level of musicianship. There are always more women than men in choirs (in general) so I made it a women’s choir. We began with 16 singers, I believe, five of whom are still singing in the group! Originally we met at my home and sang in the dining/living room after I moved the furniture out. This was while my kids were younger so it was nicer to be at home. Eventually we outgrew it, though, and now rehearse at Clovis West High School’s choir room.
Continue Reading
Etcetera

Now streaming: the April episode of ‘The Munro Review’

Mariachi gets a makeover: Omar Naré offers new spin on a proud tradition

Groundbreaking artists are impatient. They aren't content to do things the same old way. They push and pull and stretch. They are never quite satisfied with the status quo. With his style of “Nuevo Mariachi,” Sanger native Omar Naré gives a makeover to the beloved musical artform of his youth. He isn’t against what he calls “pure mariachi,” but he wants his version -- which he describes as a blend of “sophisti-pop and mariachi traditions” -- to crackle in modern times. For that, he’s getting attention. A recent public radio story on Naré delved into his fascinating life story and musical innovations. (A mention of and link to that piece, which I recommend you give a listen, even made it into the New York Times.)

You can hear Naré’s music at a Bitwise concert on Saturday, Feb. 17. I caught up with him for a fascinating discussion. Q: Your grandfather was a farmworker. You've worked in the fields yourself. What connection does mariachi have to the land? A: I like to imagine that my grandfather packed clothes, blankets, and a box of Pedro Infante records when he drove from Mexico to California with my abuelita! Mariachi has always been the music of the land. The earliest mariachi musicians would wander from hacienda to hacienda picking fruit and training horses. At night, they would play their violins and guitars. Later, the music became organized, hip and urban -- think Mexico City in 1936 -- but it has always maintained its folk identity, even till today. It’s always been music of the land.

Now streaming: the February episode of The Munro Review

With its new round of winter/spring exhibitions, the Fresno Art Museum is taking flight. I got the chance to preview three of the museum's five new shows, which open Saturday, Jan. 27. There’s a lot to appreciate. From radiant depictions of birds in their natural habitats to an intimate series of portraits saluting immigrants, these new exhibitions can be startling, evocative, aesthetically impressive and infused with tenderness and meaning. I’ll be writing about each of the exhibitions at greater length as they continue, but here’s a sneak peek. [caption id="attachment_8177" align="alignnone" width="1300"] 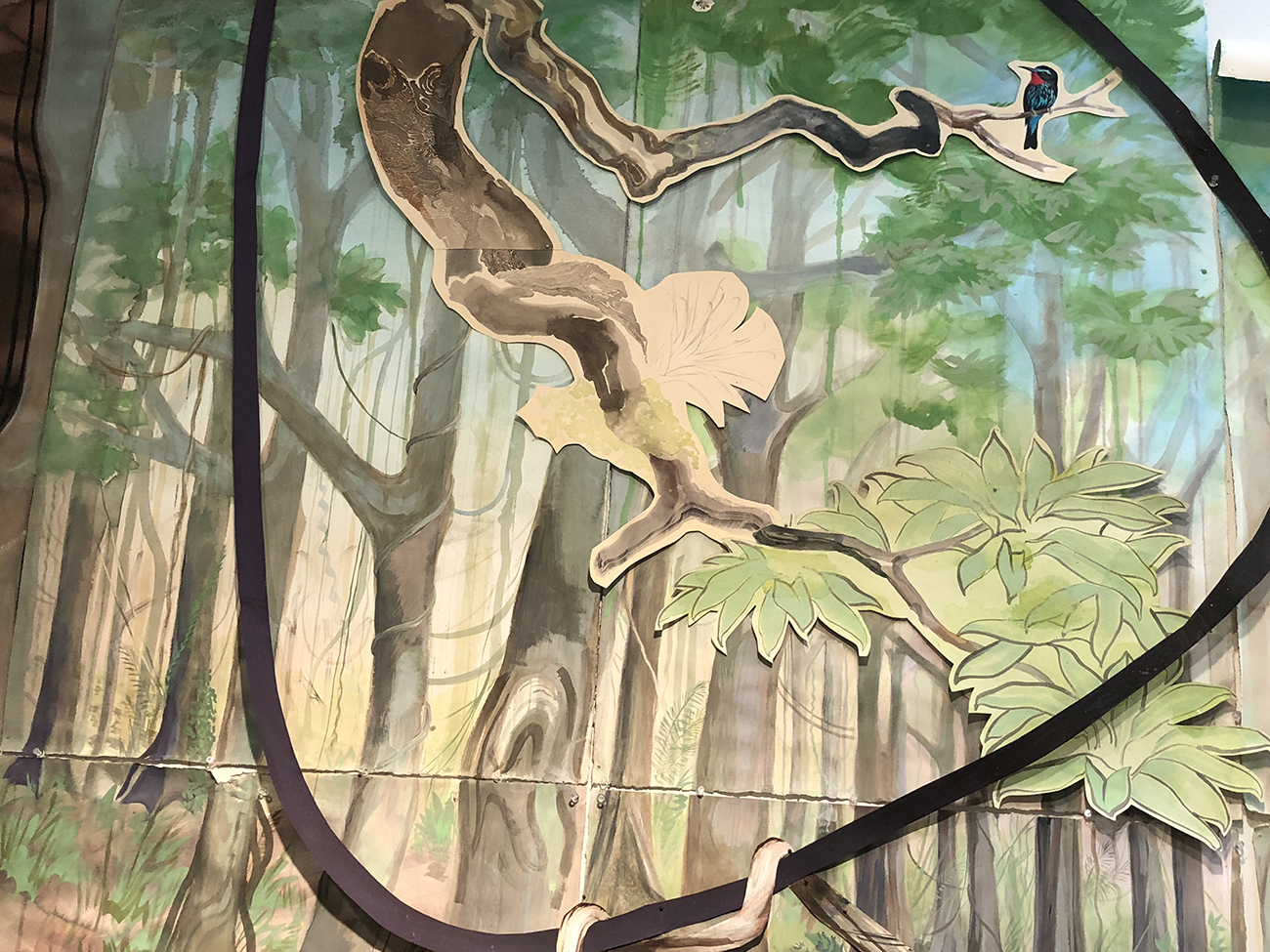 In David Tomb’s “Rockfowl and Other Wonders,” the San Francisco artist transports the viewer to various locales around the world, all of them the homes of some of the rarest birds in the world. Tomb has had a fascination with nature and science ever since he was a kid, and he has managed in recent years to intertwine his fine-art skills with his love of nature. If “big” in art impresses you, chances are you’ll be amazed at the size alone of some of these works, including the centerpiece “Rockfowl” mixed-media piece, depicting a rainforest in Ghana, which at 27 feet wide and 11 feet tall makes you feel you’re about to enter a jungle.
Continue Reading
Etcetera

There might not be a red carpet tonight, but let’s cue up the rotating spotlights downtown anyway: The talk-show version of The Munro Review premieres at 8 p.m. Wednesday, Oct. 4, on CMAC 1 (U-verse 99 and Xfinity 93). A monthly talk show, you say, complete with “Tonight Show”-style desk and comfy chairs for the guests? You bet. https://www.youtube.com/watch?v=Kstyagf1m98 It premieres on CMAC 1 (U-verse 99 and Xfinity 93), and it will rerun throughout the month of October. You’ll also be able to watch the show on demand at cmac.tv and on CMAC’s YouTube channel. Plus -- because we believe in lots of options -- you can watch it right here on this very post.