Talking Movies: Exuberant ‘In the Heights’ brings the magic of the theater to the big screen

Movie fans James Ward (movie critic for the Visalia Times-Delta and Gannett Newspapers) and Donald Munro (former movie critic for The Fresno Bee) knew they wanted to be there opening day for “In the Heights.” Here’s their conversation:

DONALD: I’m still basking in the warmth and vibrance of “In the Heights,” James. You and I arranged to meet Thursday at the first screening on opening day of the long-anticipated movie version of Lin-Manuel Miranda’s Broadway musical. We saw it at the newly opened Regal Marketplace @ El Paseo theater complex. I was sort of thinking there’d be a big crowd, but there were just six of us in one of Regal’s fancy-schmancy RPX auditoriums. Still, though our screening lacked big-crowd chemistry, I found myself so drawn into the vivid colors, triumphant rhythms, exquisite choreography and cultural richness on screen that I found myself 1) wanting to visit New York City immediately, where I lived for a couple of years; and 2) forgetting we were almost all alone in a space so cavernous that the booming sound system rattled us to our bones. I loved the film. What were your initial thoughts?

JAMES: I entered the theater with a bit of a chip on my shoulder. I browsed some of the advance rave reviews and didn’t want to get my expectations up too much. It’s not that I wanted to dislike the film, but my contrarian, grumpy side was in full display, “It can’t be that good, can it?” I asked myself. Guess what, contrary to my grumpy contrarian side: Yes, the “In the Heights” is that good. I know this sounds like fanboy, over-the-top praise, but I was enchanted by this film. It’s just a joyful and rich experience. I’m guilty of buying into the hype: “In the Heights” will make your spirit soar. (How’s that for a cheesy critic’s pull quote for a movie poster? But it’s true.)

DONALD: There’s a part of me that is really hard on stage-to screen musical adaptations, but there’s an even bigger part of me that is a fanboy. I really root for the movie version, if only because exponentially more people can be exposed to the Broadway genre. I also love being able to re-watch a movie on demand when I need a lift — particularly the big production numbers. Still, even with those relaxed standards, my appreciation for “In the Heights” is sky high.

JAMES: What struck me most was the way director Jon M. Chu translated the stage play into a cinematic experience. See this movie on the biggest screen with the best sound system as possible.

DONALD: Totally agree. I don’t usually get excited about those premium movie auditoriums with souped-up woofers and such, but in this case, the rattling sound was perfect. It reminded me of when I was in grad school and would go to the movies at a theater on 86th Street and Broadway, right on top of the subway station. When the No. 1 or No. 3 train roared by, you felt the building shake. The Regal rumble is perfect for a movie in which one of the songs begins, “The elevated train by my window doesn’t faze me anymore.” That song is performed by the radiant Melissa Barrerra, by the way, who plays Vanessa. She’s an important character in Miranda’s tangled web of up-and-comers living in Washington Heights. Like Vanessa, many of them want to move on to greater opportunities outside the close-knit neighborhood, but there’s also something about this place that anchors and soothes them. That’s certainly the case with Usnavi (an appealing Anthony Ramos, in the role played by Miranda on Broadway), the centerpiece of the story. What was your take on some of the other leading performances?

JAMES: It’s tough to point out just one performance. The cast was universally superb. Jimmy Smits brings both gravitas and strong paternal love as Kevin, the proud father of a Stanford student. And young actor Gregory Diaz IV as Sonny was charming and energetic. I loved the way the veins on the side of his neck stood out when he was belting out his songs. But for me the performance that — and forgive the pun, I can’t think of a better word to encapsulate my thoughts — sang most to me was Olga Merdiz as Abuela. As the matriarch of the piece, she’s the warm, beating heart of the center of the movie. Her impassioned performance — made even more stunning by the way Chu stages it (but more on that later) — of the song “Paciencia Y Fe” is the emotional highlight of the movie for me, and that’s saying a lot because it is full of terrific musical numbers.

DONALD: I melted during that song. Up till then I’d enjoyed all the ensemble numbers, including the splashy choreography in “96,000.” (Especially the Cheerio-like “corner” dancers in the pool wearing bright pastel colored life preservers as they frame an inspired Busby Berkeley water ballet.) And there’s a part of the duet “When You’re Home” between Nina (Leslie Grace) and Benny (Corey Hawkins) when the couple dances through an outdoor basketball game, which doesn’t stop for them. Just brilliant. But the Abuela song ramped things up to an even higher level. Her life flashes before her eyes as a series of vignettes performed onboard subway cars parked at a station. The passengers become dancers in crisp period dress, and as we move through her timeline — life in Cuba, coming to America, working as a seamstress and maid — it’s both literal and at the same time wonderfully dreamlike, an elegant ballet superimposed on a gritty, working-class template. I held my breath. I’m choking up a little as I write this.

JAMES: I felt tears welling as well. I don’t want to provide too many spoilers, but the moment Abuela ascends the subway stairs is stunning. Speaking of stunning — and I definitely don’t want to ruin this moment because it’s a surprise, barely hinted at in the trailer — there’s a scene that harkens back to the Fred Astaire-era of movie musicals. I actually gasped when it happened because it was so unexpected and magical.

Read more in the Talking Movies series: DEBATING CRITICS ON ‘THE PROM’: IS NETFLIX VERSION A DISAPPOINTMENT OR A MEMORABLE EVENT?
And: NETFLIX’S ‘MA RAINEY’S BLACK BOTTOM’: DOES IT CAPTURE THE BRILLIANCE OF THE STAGE PRODUCTION?

DONALD: I could go on and on, and I could criticize a wee bit. (For me, the biggest flaw in the movie adaptation was removing the conflict between Benny and Kevin, his boss. In the stage play, the father doesn’t want his daughter dating a Black man.) But we don’t want to dawdle. There are two other things I have to slip in here. The first: Praise the musical theater gods that Miranda, already a Broadway and movie star, didn’t insist on playing the lead role himself. Handing it over to a more age-appropriate actor — while scooping up the older part as the Piraguero (ice cream man) was a master move. (Ben Platt and “Dear Evan Hansen,” brace yourself.) The second thing: A recurring theme of “In the Heights” is the sound of the neighborhood. On one level that’s obvious from the mishmash of Latin musical styles we hear, of course, but Nina — the one who’s gone away to college — talks about something more specific. “Let me just listen to my block,” she says, pausing for a moment to bask in the aural landscape: cars honking, conversations spilling out of bodegas, kids playing outside, reggaeton on a car radio. Neighborhoods are more than buildings. They are people living together, in this case quite closely. They are relationships. Proximity still means something.

JAMES: The movie is what I love about great cinema: Putting yourself in the shoes of other people and experiencing their lives for two and a half hours. It’s what the late, great film critic Roger Ebert called the “empathy machine.” What do I know about the immigrant experience of people from the Carribean or Latin America? What I read about in newspapers or magazines, mostly. “In the Heights,” though, makes me feel their hopes, loves, heartaches, struggles and triumphs. It’s a glorious cinematic experience that reminds you, especially after most of us haven’t been in a theater in more than a year, of the power of cinema. To that I heartily say long live movies — especially in a dark theater with a huge screen and blaring sound system, the only way to see “In the Heights” or any other great film. 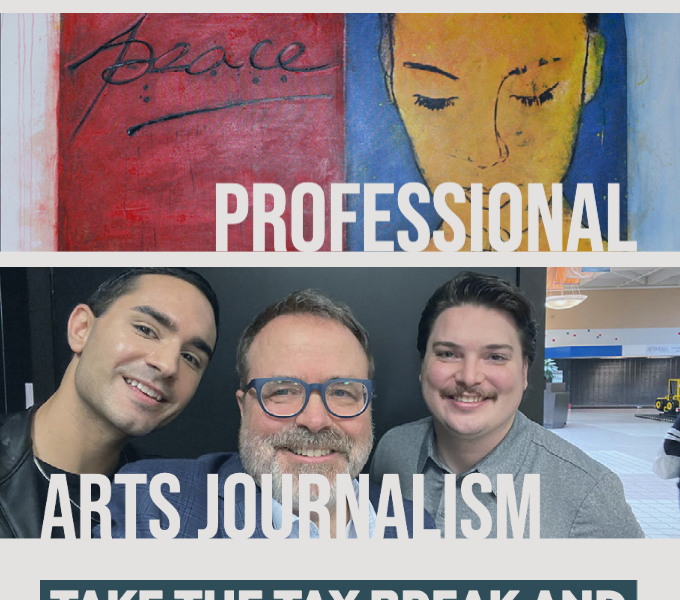