Netflix’s ‘Ma Rainey’s Black Bottom’: Does it capture the brilliance of the stage production?

Donald: A few weeks ago, Jim, we went back-and-forth on the new Netflix movie “The Prom,” one of the season’s more light-hearted and frothier offerings. Now we return to talk about another Broadway-to-film Netflix adaptation, “Ma Rainey’s Black Bottom.” The two films couldn’t be more different in terms of tone and subject matter, but they share something in common: Both are handsome, star-studded and respectful of the source material. And in terms of sheer numbers of viewers, more of the streaming masses will see these titles in just a few days than all the audiences who saw them during their runs on Broadway. That said, I’m guessing you had high expectations for the “Ma Rainey” movie because of your affection for the play. Tell us why that’s the case.

Pictured above: Chadwick Boseman, foreground, brings anger, artistic ambition and energy to the character of Levee.

James: “Ma Rainey” was the first August Wilson play I saw on stage. It was 2005 at the Oregon Shakespeare Festival. I had been familiar with his work, and had always wanted to see a production of his work live, especially after seeing the excellent TV adaption of his play “The Piano Lesson” with Charles Dutton in the late 1980s. If I remember correctly, I saw “Ma Rainey” shortly before Wilson announced his terminal liver cancer diagnosis, adding a bit of poignancy to the experience, in retrospect. The play was riveting, raw with emotion, vivid characters and — most surprisingly — funny. I then went on a concerted effort to see as many of Wilson’s productions on stage as I could: “Fences,” “Jitney,” and “Gem of the Ocean,” so far.

Related story: DEBATING CRITICS ON ‘THE PROM’: IS NETFLIX VERSION AN OVERRATED DISAPPOINTMENT OR THE MEMORY OF A LIFETIME?

Donald: Speaking of poignant, I wasn’t prepared for how moving this experience would be for me watching Chadwick Boseman in his final film performance before dying of cancer at 43. He plays Levee, a jazz trumpeter who as the movie opens has gathered at a 1927 Chicago recording studio with a band to record an album with the famed Ma Rainey, a superstar singer known as the “Mother of the Blues.” At one point, Levee says: “Death got some style! Death will kick your ass and make you wish you never been born! That’s how bad death is! But you can rule over life. Life ain’t nothing.” Knowing that Boseman was sick when he filmed that made it even more intense for me. What was your reaction, Jim, to Boseman’s performance?

James: I don’t think you can watch Boseman’s performance without trying to see clues of his illness. That very human reaction is a shame, because as Levee he brings all the anger, artistic ambition and energy to the character. It’s too good of a performance to watch as an amateur doctor. Once the movie got rolling I deliberately stopped trying to see evidence of his illness. Seeing Boseman so alive and connected on screen it makes me sad. What other characters or iconic screen moments could have Boseman brought us? We’ll never know, and for a movie fan that’s a terrible loss.

Donald: How about Viola Davis as Ma?

James: Davis does the best job of capturing both the humor and drama of Wilson’s characters in her performance. She’s fierce, funny but always has a hint of sadness in her performance. Ma knows her white record producers are scamming her, but she also knows her options are limited, so she squeezes out every concession she can get when she’s momentarily in a position of power. I love the moment in the movie when she halts the recording session because she didn’t get a cold Coke as requested in her contract. She’s terrific.

Donald: I love the moment when Ma, with her nephew driving, gets into a minor fender-bender on the way to the recording session, and she tangles verbally with a white police officer. She doesn’t back down one iota in the confrontation with the officer and really lays into him, and a look crosses his face that suggests she might have pushed him too far and that she may end up in the paddywagon. But he relents and just sort of deflates in her presence. There are so many references in “Ma Rainey” to the imbalance of power between Blacks and whites, and yet the title character, like you say, is inspiring because she knows how to use her power. Speaking of the car accident scene, it’s one of the few times that director George C. Wolfe and screenwriter Ruben Santiago-Hudson open up the action beyond what Wilson wrote for the stage. In fact, there are long stretches of the film that feel like you could be watching them in a theater. What do you think, Jim, of the adaptation, especially considering how connected you feel to the original play?

James: Hey, when you’re working with such rich source material as Wison’s original script you get out of the way and let the words do the work for you. What would you want Wolfe to do? Mount a Busby Berkeley-like musical sequence to make the movie more cinematic? I think not. I reject the whole idea of too “talky” films. Quentin Tarantino has made a career out of loquacious movies, so I didn’t mind Wolfe stuck close to the source material. Wolfe makes all kinds of cinematic choices: Camera angles, close ups and the use of music. I think, except for one aspect of the project, the film is superb.

Donald: I’m with you on the superb part and curious where you think it falters.

James: The aspect of the film I don’t think entirely captures the spirit of Wilson’s source material: The humor and warmth of the characters. In the play, there was a real sense of camaraderie between members of Ma’s band that the movie didn’t have. Wolfe and Hudson seem to concentrate on the conflict more than the well-worn friendships I felt in the play. Still, that’s only a minor criticism. Again, I was really taken by this superb production.

Donald: I was, too. Thanks, Jim, for your insights. The best thing about “Ma Rainey,” I think, is that it will turn more people on to the works of August Wilson. I can’t wait for a Fresno-area theater company to once again be able to perform one of his plays live.

James Ward is longtime movie critic for the Visalia Times-Delta. 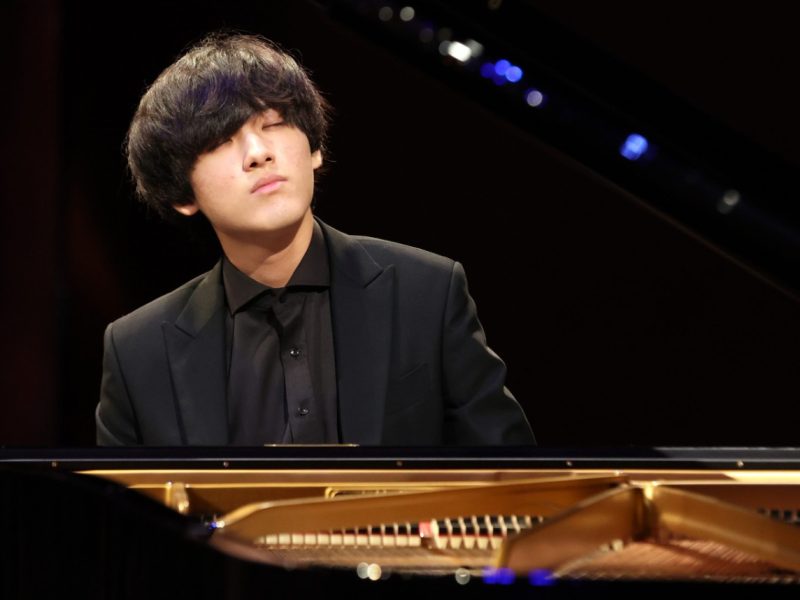