From ‘Our Town’ to ‘The Last, Best Small Town,’ URHere Theater gets contemporary with a staged reading at 2nd Space

The company: This is the second in URHere Theater’s staged-reading series. The new company has ambitious plans for bringing diverse and meaningful titles to Fresno.

The director: Gina Sandi-Diaz is a professor in Fresno State’s theater department specializing in Latinx theater.

Here’s a quick interview with the director:

Q: John Guerra says he was influenced by Thornton Wilder’s “Our Town.” How is Grover’s Corners different from Fillmore, the California town where the play is set — and how is it the same?

A: Great question. “The Last, Best Small Town” is quite different from “Our Town.” I had a chance to talk to John Guerra about this myself and he was very emphatic in that he used “Our Town” as a container for his play, but never intended to create a modern adaptation of the play. And I think he succeeded. He centers the story on the American Dream at the top of the 21st century where two neighboring families — one white and one Mexican-American — raise their children and make a living as they approach the economic crisis of 2008.

As in “Our Town,” the story is narrated by a member of the theater’s production team, in this case, the playwright. Also, the children fall in love and pursue a relationship, but in this story, their love unveils the cultural differences between the two families. Then, tragedy strikes, and the young lovers are forced to part ways. Nonetheless, as opposed to Grover’s Corners, the audience will leave Fillmore on a positive note and with hope for the future.

Q: Can you talk about a couple of the major characters in the play?

A: Yes, Elliot Gonzalez and Maya Miller –the young lovers in the play– carry a lot of the weight of the story.

As a third-generation Mexican-American, Elliot Gonzalez’s future is the hope of his family. He is very smart and does very well in school, which is why his parents are sacrificing a lot to send him to college. They think he will one day become a lawyer or a doctor, meaning all their sacrifices will be worth the while. Eli, as he is called at home, feels pressured. He is not sure college is where he wants to be because he does not want his parents to get more in debt, and because he fears failing and disappointing them.

Maya is the Millers’ youngest child. Like Elliot, she is also very smart and good in school. Her family is not concerned with the cost of her college education and so, she dreams of attending an IVY league and is on her way to success. As young millennials, Maya and Elliot are aware of the generational divide they experience with their parents. But when they start dating, they quickly learn there are cultural differences, too, and these are significant because they affect how their families interact with each other. It is through their relationship that we, the audience, get to experience the nuances that emerge from two cultures coexisting in the same space.

Q: What was your initial reaction when reading the script?

I loved it and continue to love it a bit more every time we rehearse. The first time I read it, I was invested in these young character’s relationships and identified deeply with the Gonzalez family. Like Elliot, I was also raised in a family where going to college was an obligation because it meant advancing our family socially and economically. My mother sacrificed all her time and money to send us to college and I felt that pressure of not wanting to let her down, even though I wanted to be an artist. I ended up doing both things and not regretting any of it, but the point I am trying to make is that this story hits home for many of us because it sends us back to our youth, to the nostalgia of our first love, to the desire of eating the whole world at that age but also the fear of failure and the pain of possibly disappointing your family.

Q: Is it challenging to direct this play as a staged reading?

A: Working on this play has not been challenging at all, it has been a great pleasure. I mean, the script is beautifully written, and the cast is just phenomenal, I could not have asked for better collaborators. They just bring the story to life and take you on a beautiful journey. We only wish we were doing a full production and hopefully, one day we will.

A: Thank you, Donald, for giving us a space to talk about “The Last, Best Small Town.”

I also want to thank URHere Theater for bringing this wonderful Staged Reading Pilot Series to town. This is the second of five, so come join us this Saturday and stay tuned for more. 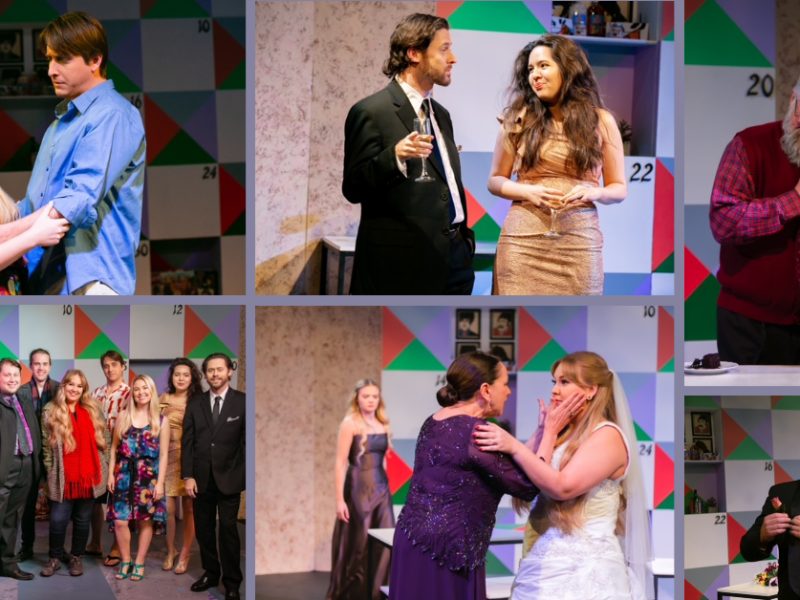 For Tracy Hostmyer and Bryan Beckstrand, a welcome mix of generations keeps things interesting in Good Company’s ‘Months on End’