UPDATE: The second weekend of “#txtshow” was canceled by the artist.

As a reviewer, I’m very shy about running into performers personally either before or after productions. This isn’t an issue in a big theater like the Saroyan, but it can be a factor at a Rogue Festival show. On this Saturday afternoon on the first weekend of the festival, my predilection for non-contact is bumping squarely into another imperative: I have to use the restroom.

I’m at Spectrum Art Gallery for the matinee performance of Brian Feldman’s simple (and simply bizarre, and, to my warped brain, simply wonderful) show, which is simply titled “#txtshow.” The problem: There’s only one restroom, and it is “backstage” (which is actually the back area of the gallery, tucked away in a clutter of storage spaces and work areas). There are 15 minutes before curtain, and I really have to go. I open the door to the back area and don’t see the performer. Good. Maybe he’s in the office. But what if he’s in the restroom? I slink up to the restroom door and gently try the doorknob. The door is unlocked. The restroom must be unoccupied. I’m in luck.

I open the door, and, boom, there is the star of the show. Feldman is not fully dressed. Fully awkward moment. He makes a noise. I make a noise. “Sorry!” I call out.

So much for not running into performers before the show.

So much for using the restroom beforehand.

But even with a full bladder, I still loved the show. That should be no surprise. I loved it at last year’s Rogue, when Feldman did a virtual version. Truth be told, I can’t quite explain why I love this show so much. It consists entirely of Feldman marching into the performance space, glowering at the audience, sitting down and looking at his cell phone, and waiting for us to text him. As audience members, we’ve been given a Zoom room to occupy. Utilizing the chat function, we are encouraged to send chat messages to the performer. He will say anything you tell him to. Or, if we send him a chat message in parentheses, he will perform that action.

With his scruffy beard, black coat and meek submission to whatever text the audience wants to throw at him, Feldman gives – as I described last year — a mad-monk, Rasputin-ish flavor to the proceedings.

What followed on Saturday was 45 disjointed minutes of amusement, exasperation, uncomfortable dead zones,  brilliant moments of hilarity, group bonding, spotty phone reception, and a grown man pretending to run in “Chariots of Fire.” Because anyone could feed the dialogue (and do it anonymously), the patter bounced around to include sex jokes, Fresno jokes, yoga jokes, Verizon jokes and an entirely too lengthy digression on bidets. At one point, I “made” Feldman take off his black jacket, wear it like a cape and do a “Batman” monologue. At another, I scored with a “Love Is Blind 2” reference, cracking up a woman in the front row. The oddest bit came when an audience member (not me) directed Feldman to stomp out to the Spectrum lobby and cuss out the poor guy who’d answered the gallery phone (and who thus slightly interrupted the performance, if it’s possible to interrupt a stop-and-start exercise in stream of consciousness).

Through it all, we started learning about our fellow audience members. See that woman? She recently made love. (She raised her hand when an anonymous audience member, via Feldman, asked.) See that man? He’s a yoga instructor. See that couple in the back row, the ones who couldn’t get their phones to work? Don’t insinuate they’re sleeping together because they’re brother and sister.

Like I said, I loved it. Maybe it’s because of the uneasy learning curve the premise requires. If you’re a #txtshow novice, you spend the first few minutes figuring out that as an audience member, you’re the ventriloquist. And once you do figure out the concept and logistics, it’s up to you to keep it going. You provide the voice and actions. You do the show. If it sucks, it’s because of, well, you. Either you step back and become a disinterested train-wreck observer, or you pitch in to do the work and keep it moving. Me, I’m the total teacher’s pet type, and the last thing I wanted was our poor ventriloquist’s dummy sitting there inert and annoyed. So I texted. And texted.

Afterward, I make a run for the restroom. My bladder thanks me. I open the door and look around the rest of the backstage area. Feldman is still there, now back in his street clothes. I approach him and, going against one of my major tenets of reviewing, introduce myself. “I’m a fan,” I say. It feels weird not doing it with a text. 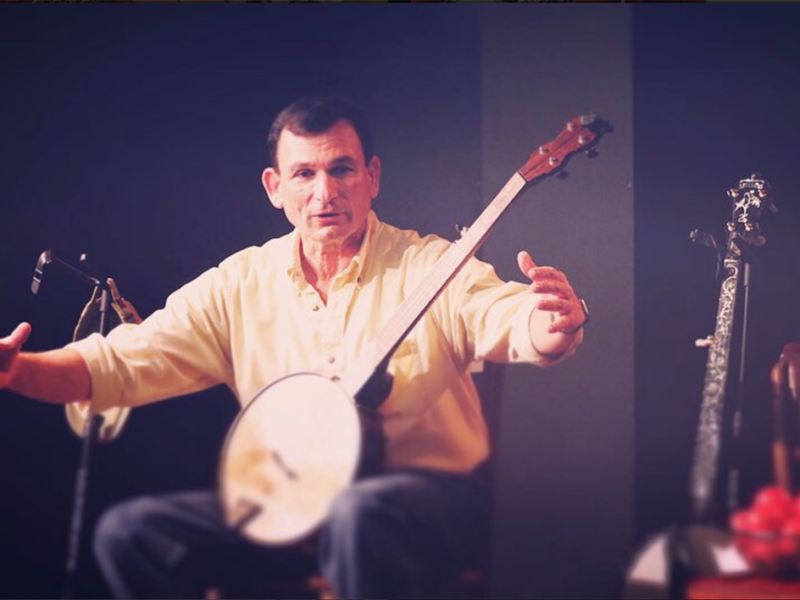 Rogue 2022 review: For Keith Alessi, a banjo becomes a symbol of the healing power of music