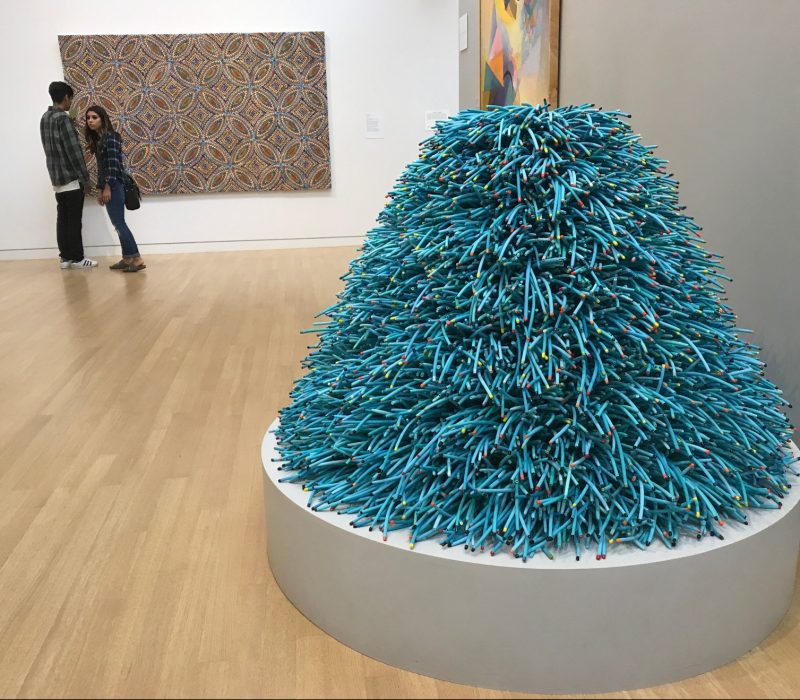 The high-speed Intercity train to Krakow just pulled out of Praha hlavní nádraží, Prague’s main train station. As I write this post, Shane and I are watching the countryside of Czechia (which is what the Czech Republic goes by these days) fly by.  Agricultural fields dominate the foreground and stubby-treed forests are in the distance, all verdant and lush. The suburbs of Prague sprawl a lot less than they would in a similar sized American city. There are lots of buildings and then, boom, green as far as you can see. Could I fit some of that city-and-regional planning in my pocket and take it back to California? [caption id="attachment_9091" align="alignnone" width="975"]

Catching opera the way they do it in Europe: I'm at intermission at the Prague National Opera of "Lohengrin," a nearly five-hour Wagner opera.[/caption] All this is a roundabout way of telling you that 1) I’m 5,618 miles from Fresno right now; 2) high-speed rail can be a wonderful thing; and 3) high-speed internet is a blessing and a curse. I’ve been out of the country for the past five days. Wait, you ask, how is it that you’ve been publishing posts during that time? The answer: WordPress knows no borders. But now, the second part of my vacation -- the non-Munro Review part -- begins. I’ll be gone for nearly two weeks bopping around Poland, Hungary, Romania and Bulgaria. This will be my first extended absence from the site since I started it more than a year ago. (Time flies!) My flight from Fresno meant I had to miss Audra McDonald’s big concert, to my disappointment. Just a few minutes ago, however, I posted a review of the event by my friend and former Bee colleague Doug Hoagland, who graciously agreed to give his take of the event. (Thank you, Doug!) 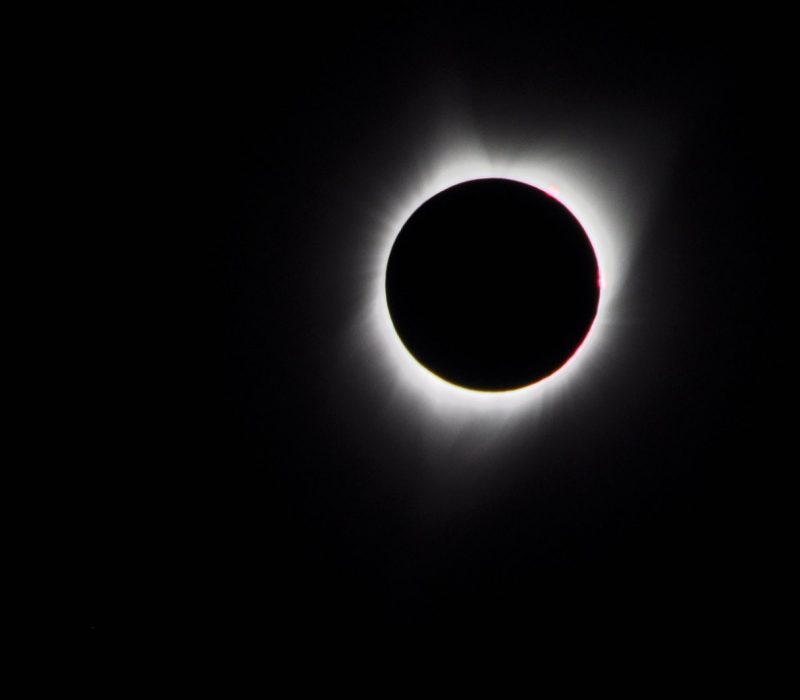 From solar filters to goat yoga, Corvallis preps for eclipse

CORVALLIS, Ore. -- “Twenty five hours and 10 minutes until totality,” says the giddy astrophotographer leading our class on building solar filters for our cameras. “I’ve been waiting for this for 22 years.” On Sunday, the day before our little moon blots out the mighty sun for a precious 1 hour and 40 seconds of eerie daytime darkness, the mood on the campus of Oregon State University is high-spirited and anticipatory, like the thrill you felt as a kid the night before Christmas. [caption id="attachment_4481" align="alignnone" width="715"] 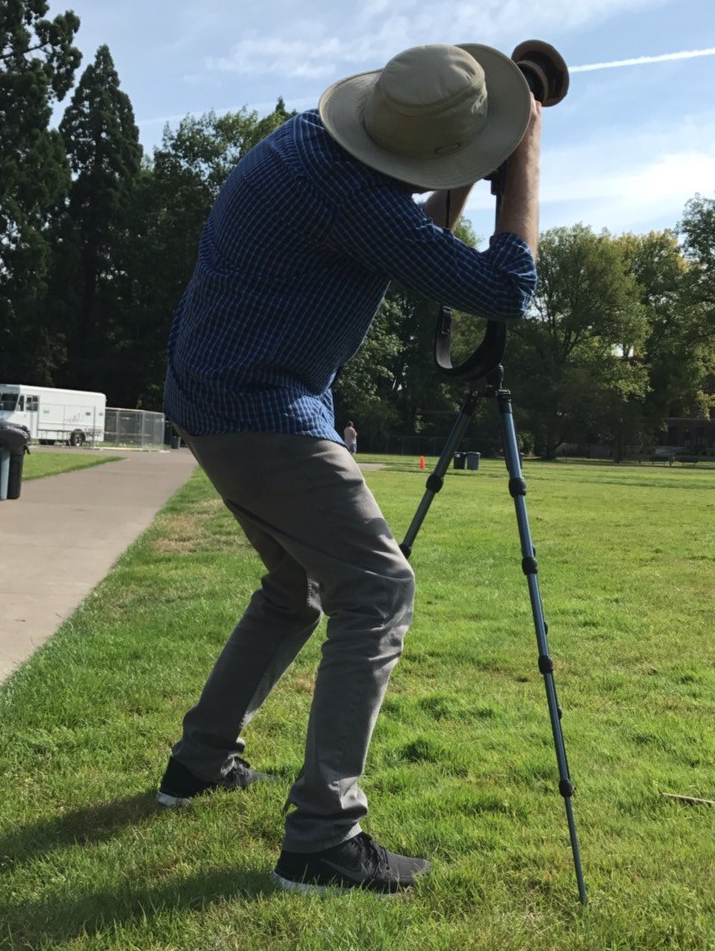 Practice session: After making a solar filter, on Sunday I practice photographing the sun in the Oregon State University quad. Photo / The Munro Review[/caption] So far the feared traffic jams haven’t materialized, the sewers haven’t overflown, and the gas stations remain happily supplied. There’s plenty of local beer at Safeway, and avocados, too. We even found an easy parking place on campus this morning. Perhaps chaos will break out tomorrow and society will collapse when the skies go black, but so far the fear and trepidation associated with eclipses throughout history has been happily absent, at least in this laidback university town. 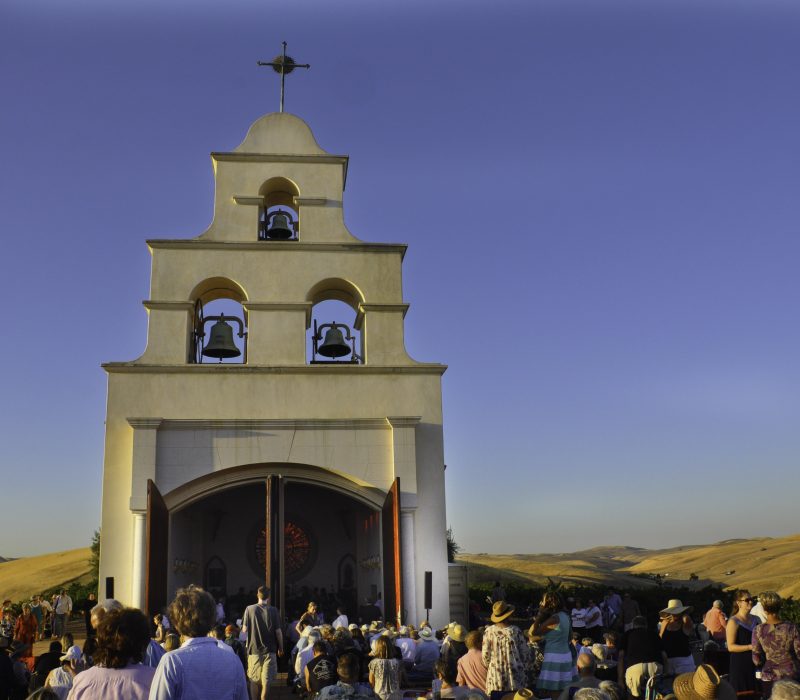 For nearly 50 years, Festival Mozaic has been one of the jewels of San Luis Obispo County’s cultural scene. Over a period of nearly two weeks, world-class musicians and enthusiastic audiences intersect in a series of chamber and orchestral concerts held in notable venues, from the venerable downtown San Luis Obispo mission to a ritzy private chapel in far-flung Shandon. [caption id="attachment_3239" align="alignnone" width="1940"] 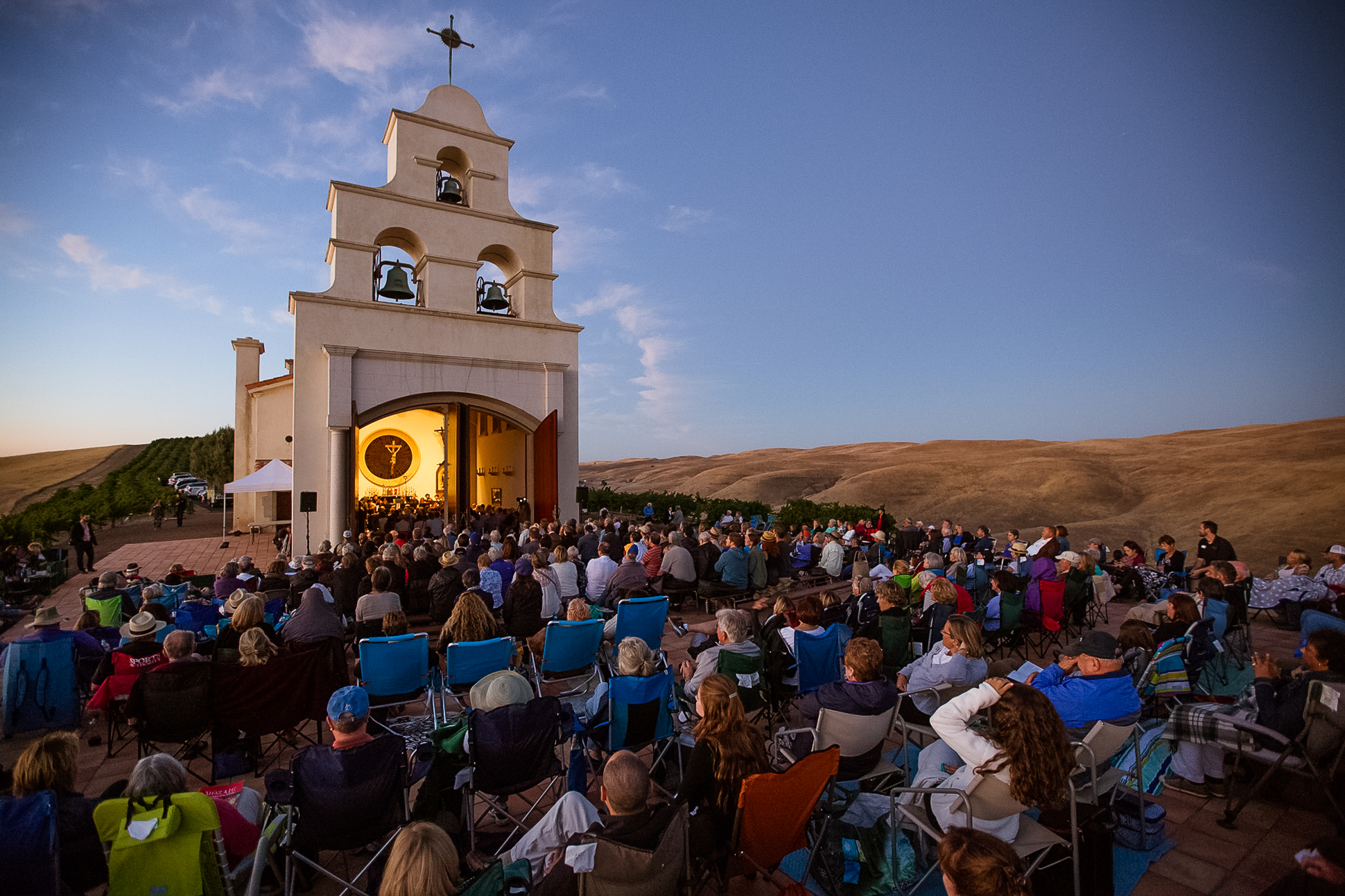 Shandon concert: The private Serra Chapel is the setting for one of Festival Mozaic's most anticipated events. Photo / Festival Mozaic[/caption] I’ve always wanted to attend, and this year I’m going to check it off my To-Do Cultural List. The festival kicks off today (Wednesday, July 19) and runs through July 30. I’ll be there for the first weekend, on Saturday and Sunday. Tickets are still available for most of the events on the schedule. In the meantime, I talked by phone with music director Scott Yoo, who has been with the festival since 2005. (He brings impeccable musical credentials; in February 2016 he was named artistic director of the Mexico City Philharmonic.) With his help, here are Five Things to Know About Festival Mozaic:

There’s a lot in a name: Founded in 1971, it used to be known as the San Luis Obispo Mozart Festival. The name change to Festival Mozaic came in 2008. In terms of programming you can expect a healthy dose of Mozart, but there’s so much more, including early music, period instrument concerts, jazz, contemporary music, opera, chamber music, solo recitals and world music. Beethoven, Mendelssohn, Brahms, Charles Ives and Olivier Messiaen are all composers you’ll encounter.
Continue Reading 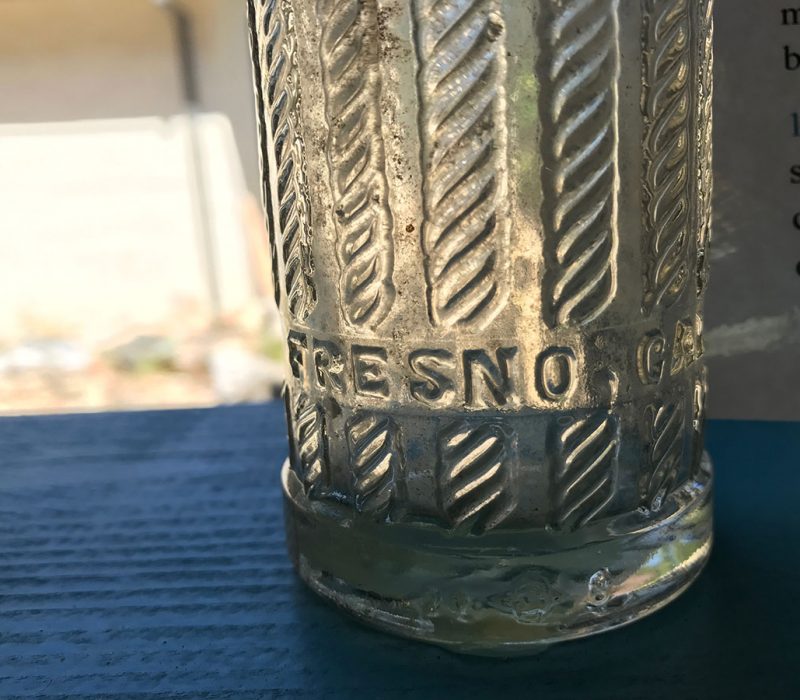