In the weird and wonderful “35MM: A Musical Exhibition,” we meet Luanne, the tragic heroine of an abusive relationship that unfolds with a country western twang and a sickening sense of suspense. There’s the grumbling “Manny,” a modern-day male baby-sitter whose young charge — a fiendish, spaghetti-flinging toddler named Caralee — could claim paternity by Satan himself. At the opposite end of the theological spectrum, we’re introduced to the Seraph, an angel of a man who offers an emotional foundation of support and love for his struggling lover.

All remarkable characters, to be sure.

Child from Hell: Miguel Gastelum, the “Manny,” sings of his young charge in “Caralee” in “35MM: A Musical Exhibition” at the Selma Arts Center. Photo / Kyle Lowe

But even more remarkable in the Selma Arts Center production is the innovative direction and fiercely committed cast. If looking ahead to a community-theater summer of well-known family musicals and familiar songs leaves you wanting a little more, “35MM” is your chance. This production is daring and occasionally brilliant, and if you want to support artists doing new and challenging things, it deserves your patronage.

How much did “35MM” affect me? I left the theater on opening night with a soaring musical-theater high. The vocals in this show are superb, and composer/lyricist Ryan Scott Oliver’s hummable and tantalizing score wouldn’t leave me. Days later, I have such tunes as “Caralee,” “Leave Luanne,” and a gorgeous a cappella number titled “Mama Let Me In” — featuring vocals so crisp and harmonies so ferocious that I still get a chill — camping out in my brain.

Song cycles such as “35MM” are pretty rare in musical theater. (Jason Robert Brown’s “Songs for a New World,” which includes among its memorable tunes the oft-performed “Stars and the Moon,” is probably the best known recent offering.) That’s because audiences are conditioned to a single narrative that stretches through the length of a work. In “35MM,” you get a different story and set of characters with each song. That can take some getting used to. Think of it as a collection of short stories as opposed to a novel.

But once you settle into the premise, there’s great satisfaction in bobbing from one off-kilter moment to the next as you’re plunged into distinct slices of storyline. The thread that helps tie things together in “35MM” is visual. Each song is accompanied by a photograph taken by Matthew Murphy, the husband of the composer. Sometimes it’s of a character mentioned in the story; at others it’s a more abstract image that reflects the song’s emotional palette.

In “Caralee,” for example, we see a closeup of a (sort of scary looking) doll, a rather literal interpretation of the horrible toddler referenced by the grumpy Manny. In “Luanne,” we’re shown a big stuffed animal head, suggesting more the rural setting of the scene than any definable plot point or character.

What sets this production apart is the way that co-directors Dominic Grijalva (who also designed the graphics, which are projected onto 11 screens) and Michael Flores (the choreographer) incorporate the provided photographs into the larger creative vision. They go beyond a concert setting. By using expanded blocking and choreography, they add more layers to the material, helping the audience grasp the lyrics by providing visual cues. Grijalva’s creative vision and Madi Spate’s lighting design, in terms of projections, which includes an extensive use of video, feels cutting-edged and inspired. (Caralee’s eye even blinks. Wow!)

The ensemble cast is uniformly good. (A shout-out to vocal director Mindy Ramos.) Jessica Meredith stirred me vocally with a beautifully understated rendition of the touching song “The Party Goes With You.” Miguel Gastelum has spiffy comic timing in “Caralee.” Julia Prieto soars in the hilariously dark “The Ballad of Sara Berry,” which includes a full-fledged short film shot by Kyle Lowe for the production. Shawn Williams and Sabrina Lopez offer a brisk and cunning physicality in the surprising “Make Me Happy.”

And then there’s Kindle Cowger, who in her Selma Arts Center debut gives the finest performance I’ve ever seen from her. Her vocals are stunningly good in “On Monday” and “Hemming and Hawing.” Her emotional grasp of each character is riveting, and the physical choices she makes only add to the intensity of her performance. (In “On Monday,” she primly touches the back of her hair getting dumped by her lover, which somehow makes the moment come home.) It is easy to imagine Cowger on professional stages in the near future.

Almost all the show works, but not entirely.

The first big ensemble number, “Crazytown,” is so esoteric that it took me repeated listens of the cast album to pick up its many threads. The Selma production’s live band, directed by Jordan Williams, is first-rate (and it even includes a cello, which adds even more texture to the sound), but while I can tell that an attempt was made to keep the percussion part from overwhelming the singers, the cymbals in particular wiped out whole sections of some of the ensemble songs.

Vengeance: Kindle Cowger and Will Bishop in “Leave, Luanne,” one of the best numbers in the Selma Arts Center production of “35MM: A Musical Exhibition.” Photo / Kyle Lowe

As for expanding the use of stage movement and choreography, it often works quite well. Such numbers as “The Seraph” have some beautiful moments in terms of dance. But other times, the choreography can feel too big and distracting. This happens in the ambitious “Why Must We Tell Them Why,” about a painter and dancer ruminating on the idea that people seem to demand that art be explained to them. The live painting on stage is a clever concept, but putting half the cast through an extended dance break turns what should have been an introspective number into something too big and flashy.

And: I’m not sure what happened on opening night in terms of the finale, but for a show so exquisitely mapped out in terms of movement, the choreography seemed a little muddled, not what you’d want in terms of a closing statement.

Still, there are parts of this show that are so beautifully staged and grippingly sung that I almost swooned. In the story of Luanne (played with a sober, delicate grace by Cowger), the rural woman terrorized by her husband (an intense Will Bishop), the staging is inspired. Using little more than a row of plain wooden straight-back chairs, an entire world is created, from a ramshackle house to an ominous bog. Cameron Briggs, the band’s guitarist, makes a guest visit onstage to offer the wrenching lead vocals, and the cast’s rich and complex back-up harmonies soar. At one point, Cowger is lifted over those chairs by her fellow cast members, and for a moment, as she moves through the air, it’s as if she could fly out over the audience itself.

That’s what art is all about: taking a leap; and doing it so convincingly that other people leap with you. In what is bound to be one of the theatrical high points of the summer season, “35MM” is a flight into creativity that shouldn’t be missed. 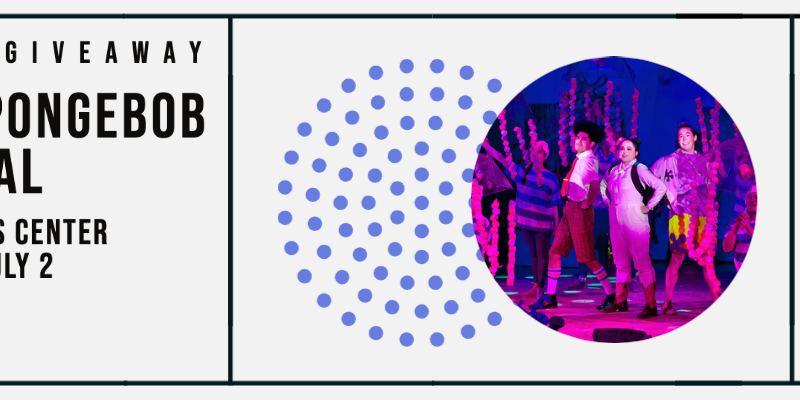