A few weeks ago I told you about an opportunity to attend the one-woman show “Janka” in Visalia. Now’s your chance to see it in Fresno. The show, starring Janice Noga and written by her husband, Oscar Speace, will be performed 7:30 p.m. Wednesday, Feb. 7, at the 2nd Space Theatre.

As I wrote in that earlier post, Noga for more than a decade has been perfecting her role in the one-woman show about her mother-in-law, Janka Festinger Speace, who survived a Nazi concentration camp. Speace wrote the play about his mother using original source materials, and the pair have toured with it across the nation and around the world. In 2015, I got the opportunity to follow “Janka” to New York City, where Noga and Speace fulfilled a lifelong dream of having the play produced in the nation’s theater capital with a professional director and designers. Many Fresno-area supporters contributed financially to send the show to New York through the Fresno Arts Council, which acts as The Janka Project’s fiscal sponsor.

You can win a pair of tickets to the Feb. 7 performance of “Janka” at the 2nd Space Theatre. To enter, leave a comment on this post saying why you’d like to attend. The winner will be selected at random and notified by email. Deadline to enter is 3 p.m. Monday, Feb. 5.

Many people in years past have seen “Janka” locally, but few got to see the show in New York, where it was revamped. Those New York changes have been incorporated into the production. Proceeds from the performances will benefit GCP’s Junior Company, United Cerebral Palsy of Central California and the Fresno Arts Council.

I caught up with Noga to learn more about the Fresno performance:

Q: When you took “Janka” to New York, how did director James Phillip Gates help make it better?

A: We had performed “Janka” for 13 years without formal direction. James had done extensive research on the Holocaust and Janka’s story and envisioned a young and stronger woman in the Holocaust scenes. He created the blocking in her living room that helped clarify the telling of her story.

Q: In years past, you had the “Janka” script in front of you when you performed. In New York, you had it memorized. How will you do it in your Fresno performance?

A: I will do the New York version with a set, lighting and sound effects cues. The movement on stage will be similar.

Janice Noga in a scene from “Janka.”

Q: How long does it take you to prepare to play Janka after an extended absence from the character?

A: It takes me two months of daily rehearsal to relearn the lines.

A: I don’t believe I will tire of telling her story. For each performance the connection with the audiences is different. I try to bring more joy during the happy moments and emotion during the darkest moments.

Q: What is the most touching or memorable thing an audience member has ever told you after seeing a performance of “Janka”?

A: An older man told me that he saw his mother on stage for the entire play. And he thanked me for bringing her back into his life with such loving authenticity.

Q: Do you think the real Janka would be surprised that her memory lives on in a piece of theater?

A: I believe she would be surprised but she would be so very proud of her son taking her words and blending them with his to tell her story to the world.

A: It has been an incredible honor to portray Janka on stage. I believe that her story must be told over and over with my whole heart so the world will never forget. I thank the many audience members that give their precious time to witness this extraordinary woman’s story. 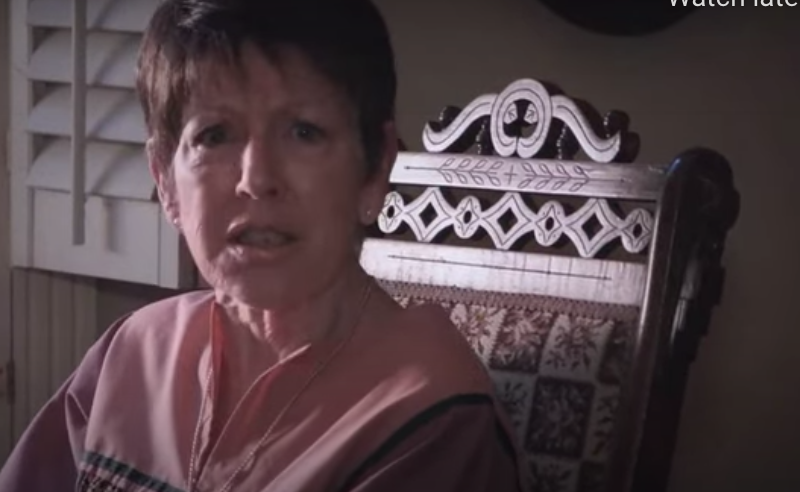 In ‘This Random World,’ connections are made and lives come together