In a culture in which marketing is king, we’re accustomed to hyperbole. But when it comes to Big Sing California, the organizers aren’t exaggerating. It’s big.

Billed as the “the largest free group singing event in California history,” Saturday’s 2 p.m. sing-along concert will unfold simultaneously in six venues across the state, including Fresno’s Shaghoian Hall. A live simulcast from Disney Concert Hall featuring the Los Angeles Master Chorale will be viewable on a big screen in the Shaghoian.

This man is not singing in Fresno, obviously. But a bunch of singers will be. Photo / Big Sing California

The event’s reach will further be expanded with the concert being live-streamed on the Big Sing California website, organizers say, making it possible for people around the world to participate. Around 10,000 singers are expected to take part statewide.

More than 400 singers have signed up online for the local Fresno event. A rehearsal (not mandatory but very helpful) will be held 7 p.m. Thursday, July 20, at the Shaghoian. The Big Sing California website also features tutorial videos for people wishing to practice from home. The hall can accommodate 750 singers.

And: No worries for singers accustomed to the high level of choral music in the Fresno area. None other than the acclaimed Anna Hamre, music director of the Fresno Master Chorale (part of the Fresno Community Chorus organization), will be the local conductor.

The Fresno Master Chorale, which includes “building community” in its mission statement, is delighted to be the local host choir. We welcome all singers, regardless of background or expertise. For those who just want to show up and observe the fun, they are welcome, too!

The lineup, according to event organizers:

The songs selected for Big Sing California range from straightforward sing-alongs such as “Lean On Me,” “This Land Is Your Land,” and “Hey Jude,” to choral works by Eric Whitacre and Morten Lauridsen, and arrangements by Moira Smiley and Rollo Dilworth. The program also features an exclusive arrangement of Pentatonix’s “Sing” by Grammy Award-winning arranger Ben Bram (“Pitch Perfect,” “Glee”) created especially for Big Sing California.

Hamre will coordinate her conducting with the live performance. (Conductors in L.A. include composer Eric Whitacre, Grant Gershon, Moira Smiley and Rollo Dilworth.) Whitacre will serve as host of the event.

Hamre has never done something quite like this before.

“I once conducted a concert in Vienna, Austria where the sightlines were such that the organist had to follow my gestures while watching a video camera that was focused on me,” she says. “But this is quite different, infinitely more complicated and involving thousands of people.”

And even if you can’t sing in the concert or watch it online, consider giving a pause around 2 p.m. on Saturday. You just might hear California singing. 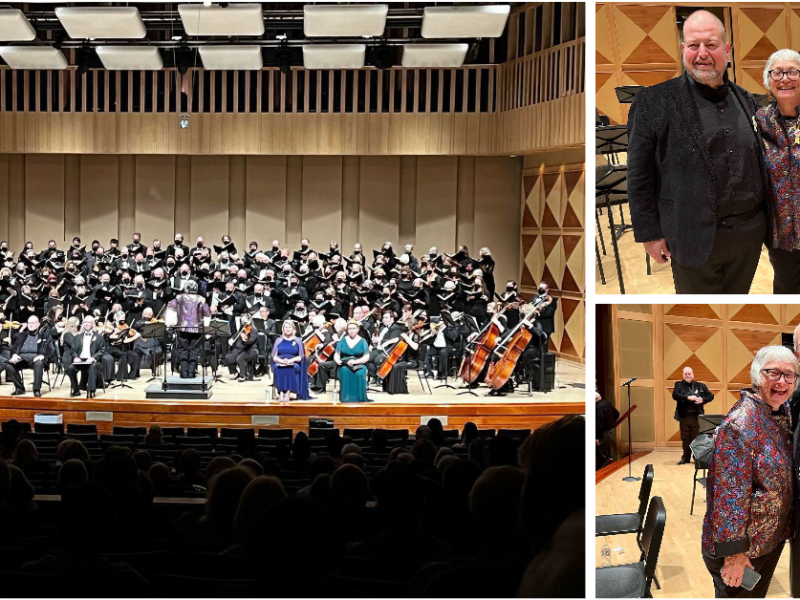