My introduction to Michael John LaChiusa’s off-Broadway musical “Hello Again” was through Fresno’s Audra McDonald, who in 1998 included a song from the show on her first album, “Way Back to Paradise.” McDonald has always made it a point to salute and promote the work of talented young Broadway composers. I have always trusted her judgment, and for good reason: She knows a good song when she hears it.

The song, titled “The Mistress of the Senator,” is distinctive, one of those numbers packed with specificity and an intricate plot, and as I followed the narrative — it’s about a confident woman having an affair with an influential lawmaker and the skill set she can bring to his political career — I would wonder about how it fit into the show for which it was written. It isn’t the kind of title that gets many community, collegiate, touring or regional productions, so I’ve never actually seen it on stage.

The best thing about the film version of “Hello Again,” which took nearly 25 years to hit the big screen, is that it is a chance to see the story for people like me: fans of smaller, more esoteric, non-mainstream musicals. I much appreciate the opportunity. And the 2017 film, which has not yet been released in regular theaters but is making a circuit of film festivals, is a very nice way to open the 28th annual Reel Pride LGBTQ+ Film Festival, considering the Audra hometown connection. This is not the kind of film that usually makes it to the neighborhood multiplex.

Onstage, McDonald has not played the role of Sally (as she’s known in the film), the character who sings “The Mistress of the Senator,” as far as I know. But she did get a chance to immortalize her here.

It’s a strange, fussy, abstruse little film — one that definitely feels specialized and narrow in appeal. But it’s also beautifully shot and passionately sung. Without having seen the stage production, I can’t speak authoritatively, but I suspect it belongs in that category of Broadway film adaptations that gain in scope and infrastructure in terms of the production design and opening up the story, but that find it hard to capture the intimate intensity of the original material.

LaChiusa based the musical on the 1897 play “La Ronde” by Arthur Schnitzler, whose work was a racy, daring examination of a series of sexual encounters between various couples. LaChiusa updated the concept to the 20th century, crafting 10 vignettes in what can be called a daisy chain of interrelatedness, with one character from a story popping up in the next. He also expanded the sexual exploration of the piece to include gay characters.

In the new movie version, director Tom Gustafson and screenwriter Cory Krueckeberg spiced up the sexual recipe even more, adding a transgender character (played by Sam Underwood of the TV series “Fear the Walking Dead”), a prostitute in the first vignette who solicits a soldier, and turning the senator (Martha Plimpton) into a woman, which added a lesbian storyline. (In that regard, the changes make it a perfect broad-appeal film for gay and lesbian film festivals.)

The vignettes, which are presented non-chronologically, represent 10 different decades. Some are more successful than others. A ‘40s-era storyline involving a soldier about to ship off for war who talks a waitress into a backseat rendezvous is pedestrian and ordinary. The following scene, with that waitress now a nurse (Jenna Ushkowitz of “Glee” fame) seducing a college student, crackles with chemistry.

The music of “Hello Again” is what aficionados might describe as complex and sophisticated (and others might deride as tuneless), but the melodies can be exquisite, especially on a second or third listen. The movie’s soundtrack really kicked in for me with Rumer Willis’ quite lovely rendition of “Tom,” in a vignette about a young wife cheating on her husband. (“I can’t remember my husband’s face,” she sings.) I’m also a fan of “The One I Love,” sung by the ever-talented Cheyenne Jackson, playing an older gay man who falls for a sweet young thing at a disco.

As for McDonald: She doesn’t appear until the last third of the film, but she’s quite a presence, both as a melancholy “pop goddess” and later the senator’s lover. She also gets to star in her own music video, which is both wacky and kind of dreadful. Throw in the rough-sex scene she has with Jackson, who in this vignette has become a sleazy record executive, and it’s most definitely a more raucous side of McDonald than we’re used to.

Still, there’s something about Gustafson’s direction that makes most of the sex in the movie come across as mechanical rather than passionate, spiritual, erotic, rough, angry, tender, awkward or any of the other words you might expect when depicting human copulation. It feels staged. The sex scenes, with the women meticulously not baring their breasts and the men offering occasional naughty glimpses of butt cleavage, have a strongly choreographed, standardized feel, as if the couples are checking their lovemaking moves off a list. In a few cases there’s strong chemistry (such as between Jackson and Tyler Blackburn, as his disco pick-up), but for a film that’s all about sex, it’s not all that steamy.

What’s left, though, is the music and performances, which are memorable. Not every musical should be made into a movie, and I’m still not sure if this one was such a good idea. But I’m still glad I can finally say I’ve seen “Hello Again.”

Festival info: Films are screened Wednesday through Sunday at the Tower Theatre, 815 E. Olive Ave.; and the VISTA Theatre at Fresno Music Academy & Arts, 1296 N. Wishon Ave. Tickets for most films are $10. Here’s the complete lineup from the website. 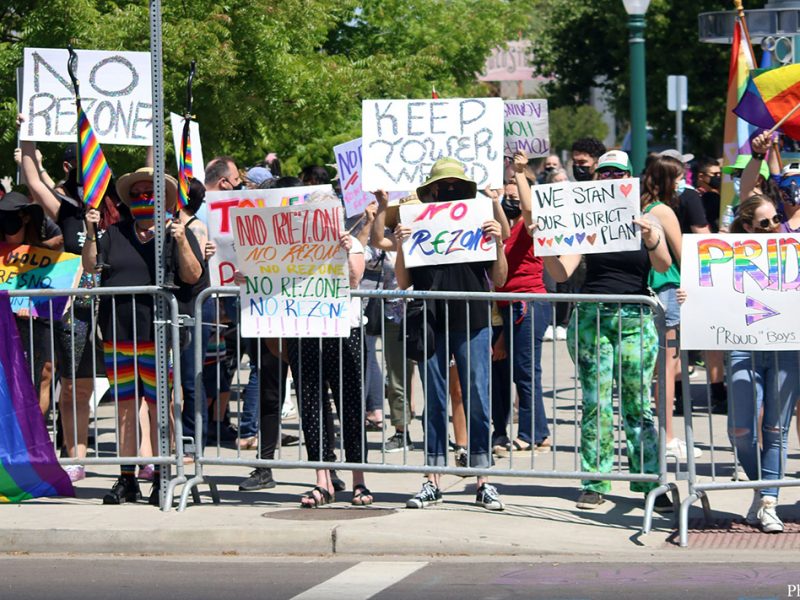