Also on the program: Antonin Dvorak’s Terzetto in C major (for two violins and viola); and Camille Saint-Saens’ Fantasie in A major (for violin and harp).

Suggested donation is $10 single, $20 for families of three or more. A reception follows the concert.

“The Spotlight on the Students” is the title of the orchestra’s third concert of the season. It focuses on three impressive music students. On the program is David Popper’s second cello concerto, featuring cellist Keegan Bamford, this year’s Concerto Competition winner. And the orchestra will perform “Thoreau’s Walden: Five Scenes,” a world premiere of a new composition by graduate composition students Mason Lamb and Matthew Wheeler.

The orchestra will close the concert with Alexander Glazunov’s Romantic and nationalistic Symphony No. 5, titled “Heroic.”

Brad Hufft and Ellie Choate. A memorial concert in Hufft’s honor will be held Sunday, March 4.

The longtime professor died in 2017. His wife, harpist Ellie Choate, a Fresno State alumna, will perform alongside faculty and students.

Admission is free, with donations accepted for a music scholarship in honor of Hufft.

Meet the artists at Arte Americas

The new exhibition “KINDRED,” which focuses on the works of nine artists who create evocative, narrative-dense works, is going strong at Arte Americas. A special artists reception from 1-4 p.m. Saturday, March 3, gives you the chance to immerse yourself in the exhibition in a deeper way.

Each of the nine have previously participated in past group shows in the galleries of the cultural center, submitting works that stood out and elicited frequent inquiries from visitors, says Frank Delgado, executive director and chief curator.

“KINDRED” will be on view through March 11 at the cultural arts center, 1630 Van Ness Ave.

This small theater group is made up of homeschooled students (5th through 12th grades) from the Fresno area. This is the group’s 15th season. It was started to give homeschooled children the opportunity to use dramatic arts and to experience the joy of creativity.

“We’re certainly small and humble, yet we’re one more part of Fresno’s arts scene,” says Shelley Orth, a member of the company’s leadership team. “Our cast and crew work diligently to put on a good show for our community.” 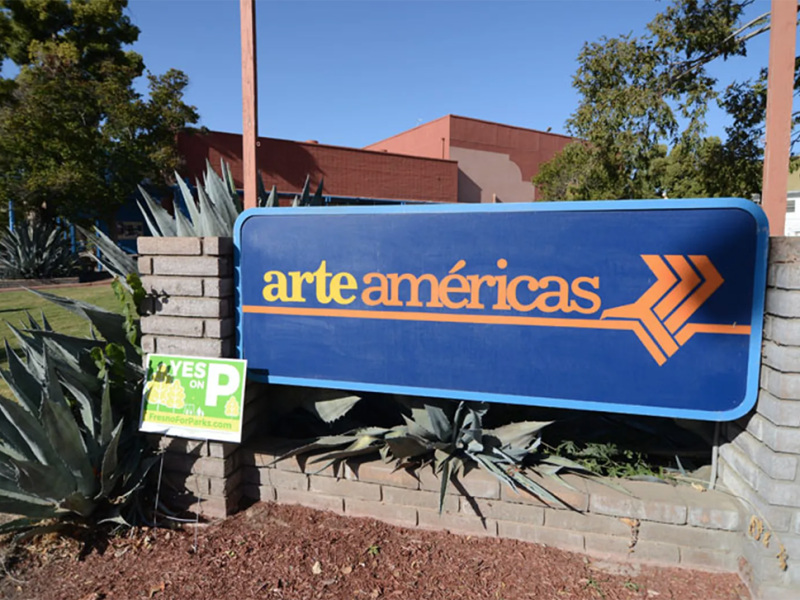