Review: Hotoda’s story for the Masterworks season was one of energy, diversity and excitement

Music director Rei Hotoda ended a strong season on a robust note when the Fresno Philharmonic played its final Masterworks concert of the season on April 7. Every piece on the program seemed to snap into place. It reminded me of the satisfying precision of an assembly-required piece of furniture in which every part fits together perfectly. (This is no IKEA orchestra.) The music felt as if it belonged together.

Pictured above: Rei Hotoda, left, and Dinuk Wijeratne go over the score for ‘Between Figure and Ground’ before a recent Fresno Philharmonic rehearsal. Photo: Facebook

From the world premiere of Dinuk Wijeratne’s lush, Fresno-inspired “Between Figure and Ground” to the season-ending exclamation point of a vigorous Prokofiev Symphony No. 5, the atmosphere in the hall was — as it’s often been this season — electric.

Hotoda loves to talk about the power of music to tell a story. One interpretation of April 7’s program is that all three pieces were tied together by the theme of resilience. For Hotoda, the Wijeratne piece — a co-commission with the Social Sciences and Humanities Research Council of Canada — tells of the landscape of Fresno, with its bustle of cultures and earthy, sweat-stained relationship with the land. The second piece, the soaring Rachmaninoff Piano Concerto No. 2, featuring guest artist Zhang Zou (Zee Zee), is about personal resilience, with the composer overcoming severe depression and creative stagnancy to produce a masterpiece. Finally, the Prokofiev symphony, written in 1944 in the thick of World War II, is about the triumph of the human spirit. (It isn’t a war symphony but more a victorious celebration of humanity, Hotoda told me.)

When she arrived in Fresno in 2017, Hotoda started talking about “themes” to her concerts and the “stories” that a group of pieces can tell. I was a little skeptical. I wondered if this was a promotional spin that sounded nice on the surface but didn’t really mean anything. I often tell my Fresno State journalism students to avoid writing what I call generic leads, or opening paragraphs of a story, that are filled with nice sounding words and general sentiments that could apply to almost any subject matter.

Are you a member of The Munro Review? Win a pair of tickets to final Fresno Philharmonic concert of the season

But, as Season One, and now Two, of Hotoda’s tenure progressed, I became ever more persuaded. And enthusiastic. Yes, part of me still thinks that the “story” of a concert can be like a generic lead — something that could be applied to almost any selection of pieces. Yet I see now that simply by naming that theme and making those connections, a music director can have the power to shape the experience for an audience. Maybe it doesn’t even matter what the theme or connection is, as long as one is named and a path is traced from one work to the next.

This isn’t to say that orchestral music only has one meaning. Like any piece of art, a musical composition is an interaction between it and the listener. I’m not one to say that music even has to have a meaning at all. All I know is that I sat and listened to Sunday’s concert, I thought of the music as a story.

This was particularly the case with Wijeratne’s piece, a world premiere.

The composer came to Fresno last fall and got a whirlwind tour. He told me the city’s cultural diversity, which reminds him of Toronto — where he lives — and its connection to the land inspired him.

“Between Figure and Ground” has an exotic, almost shimmering, quality, like glamorous paparazzi photographs of a vibrant, cosmopolitan city at night. Yet there is much grit to be heard as well, a rough-hewn swell that sometimes rises up and overwhelms.

As I listened to the orchestra play, could I point out which parts were “about” Fresno? No. And it likely would have not have been as effective if I could.

But I did have a strong mental image form as I listened to the piece. I kept thinking of the patchwork of green you see when your hard-working regional jet takes off from the Fresno airport. Staring out the window, you take in the checkerboard squares of different shades of green, and it’s like looking down on a giant board game. The most compelling thing to me about the scene is the precise straight lines that divide these colors. You don’t often see straight lines in nature, and the sight of such a rigid geometric grid is a reminder of the way that humans have shaped and, in a sense, conquered the land.

And then I thought: But who really is the resilient one here? We think of ourselves these days pretty much as all-powerful, able to do with nature what we will, but if humans were to vanish from this planet, what would happen? Within 100 or 1,000 years — a fraction of a second in geologic time — most traces of human existence would be gone.

The land will remain.

Dinuk Wijeratne introduces ‘Between Figure and Ground’ at its world premiere.

At last month’s Masterworks concert, another Fresno-inspired composition told a story. (I got into a time crunch and didn’t write about the concert at the time.) Benjamin Boone’s “Waterless Music” combines recorded bits of former U.S. poet laureate Philip Levine reading his poetry paired with Boone’s musical interpretation of the longstanding California drought. Two percussionists standing behind lovingly lighted, water-filled punch bowls offered liquid sounds throughout the piece ranging from torrential drain to pitiful dribbles. Boone’s music provided an atmospheric foundation for Levine’s words, and, yes, I could see the Valley — luxuriating in rivulets of water during the wet times, bone-achingly parched in the dry — in my mind. (The only thing about the concept of the piece that didn’t work for me was the electronic sampling of Levine’s voice, which sounded muffled and hard to understand; perhaps I’d gotten used to Boone and Levine’s later project, “The Poetry of Jazz,” when the text and music shared equal billing.)

Getting back to the latest concert: Zee Zee entranced the audience in the Rachmaninoff (I wrote in my notebook: “second movement makes me cry”) with her exquisite trills on the piano echoing through the hall. And, finally, the Prokofiev, full of tenderness and bluster, felt like it soared.

Hotoda is a canny self-choreographer on the podium, and by now I’ve become accustomed to her dramatic gestures keyed to the sweep of the music. But to end this Masterworks season, she offered one I’m not sure I’ve seen before: She lifted one arm straight up, palm wide, and moved it back with the crescendo of the finale of the piece, as if she were being pushed back by a wave. Was she swept away? Of course not. Humans are resilient. 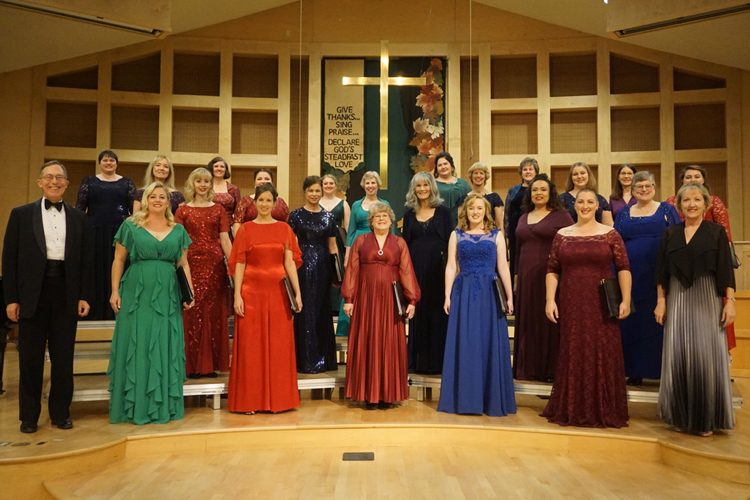 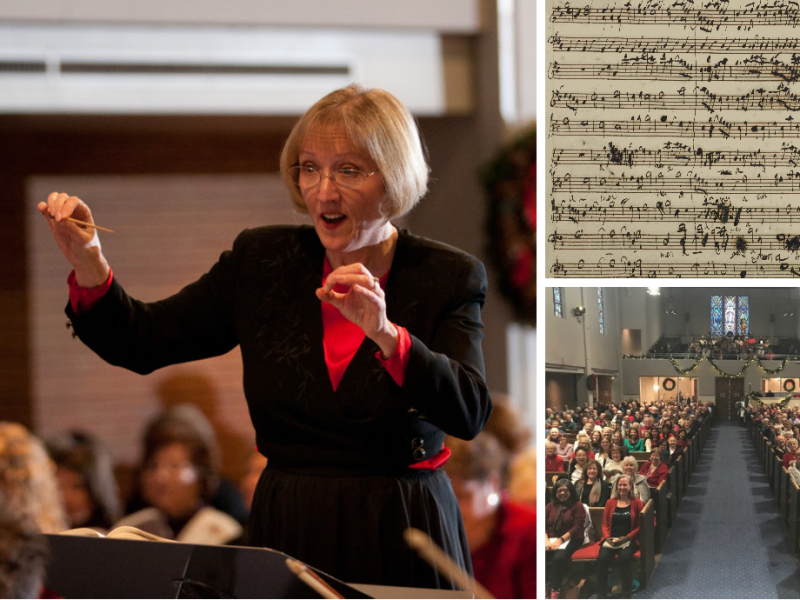