THEATER REVIEW: ‘Dear Evan Hansen,’ Today will be a good day with no moral cringe in it.

Last night I had a blind date with “Dear Evan Hansen.” By the end of the first act, I was saying what many people have said on blind dates: “Wow. This is horrifying.”

The first national tour of this six-time Tony Award-winning musical, which is now swinging through Fresno’s Saroyan Theatre, is a terrific opportunity to see a Broadway-caliber production in your own backyard. With accomplished performances, inventive scenic work and projections, and delightful music, it was among the most engaging evenings I’ve spent in a theater in a long time. It was also incredibly thought-provoking and, at times, frustrating. Thus my comment at the end of the first act.

But I’ll get to that later.

Anthony Norman offers an immersive portrayal as Evan, the anxiety-ridden teen whose people-pleasing fabrications build a story that spirals out of control and insinuates him into the lives of a grieving family. Norman clearly connects each beat of Evan’s emotional distress to his poor choices. The character is simultaneously sympathetic and cringeworthy. Norman’s accomplished vocals and ability to convey the most nuanced of emotion are at their peak with the deep heartache of the song “Words Fail.”

Norman’s performance wouldn’t be possible, however, without the partnership of this stellar cast. Essentially a chamber musical, this production has standout moments from every member, notably Alaina Anderson as Zoe Murphy on “Requiem” and the ruthless comedic skills of Pablo Laucerica as Jared and August Emerson as Connor. However, my favorite performance of the night was from Kelsey Venter, the understudy portraying Evan’s struggling single mother, Heidi. Her emotional range and vocal flexibility hit all the right notes in her pivotal scenes, keeping them grounded in reality.

The production design has a cell-phone-on-dark-mode appeal with David Korin’s minimal set pieces and Peter Nigrini’s moving projections. The projections show constant scrolls of social media posts, digital photos, text messages and emails, the fodder with which Evan’s fantasy world is built. These scenic elements are more than just a conceptual add-on. They shift in and out of focus, deliberately or chaotically, depending on Evan Hansen’s state of mind. They become another way to understand the character and his increasing mental stress.

And here’s where we get to the horrifying blind-date part.

I went into this performance completely blind, knowing next to nothing about “Dear Evan Hansen.” I know; I must live under a rock. And in some ways, I do. I am not, as they say, a “musical theater person.” I prefer language plays, particularly those with a rigorous treatment of ethical questions. So no, I had only heard the title and that there was some discussion about whether the play was “problematic.” I didn’t even know there was a movie.

In many ways, the “Dear Evan Hansen” story arc hits my sweet spots:

a no-win situation that has to be resolved — check

Concerning the treatment of mental illness in young adults, the way we write (and rewrite) our life stories, and the general alienation that social media creates in our society (particularly for Gen-Z), “Dear Evan Hansen” climbs a very tall mountain. The results are stirring.

Where it goes wrong is in keeping the moral concern of the play solely with Evan. We never see it shift to any other character. Not the family affected by suicide. Not the classmates struggling with their own disaffection. Not even the mother who hopes her love will be enough to help her child. We may commiserate with these characters, but we are asked to love Evan — in the same way his mother does — unconditionally.

There is a scene missing in “Dear Evan Hansen.” A scene where his initial distress has passed, where we watch him take down websites, explain his retreat to his classmates, dismantle his house of cards, lie by lie, and untie the knots he made of people’s lives. It is tough to find love for a character when we never see him genuinely reckon with the damage he caused, even if it was born out of his fear and pain.

Worry not, though. The ending of “Dear Evan Hansen” is hopeful and will certainly satisfy fans of the musical. It’s beautifully staged and acted. But without a drop of moral consideration for those affected by Evan Hansen, I found the ending — horrifyingly — hollow.

In the before-times, Heather Parish was the founding director of The New Ensemble Theater Group in Fresno and executive producer for Fresno’s Rogue Performance Festival. Since 2008, Heather has directed My Cousin Rachel, Hedda Gabler, The Amish Project, Gross Indecency, Hamlet, Copenhagen, A Picasso, The Pillowman, The Turn of the Screw, The Merchant of Venice, Richard III, and produced dozens of other independent theater events in and around Fresno. She is now a recovering thespian and cheery misanthrope scribbling indie zines and defending to the death the importance of open and accessible libraries. 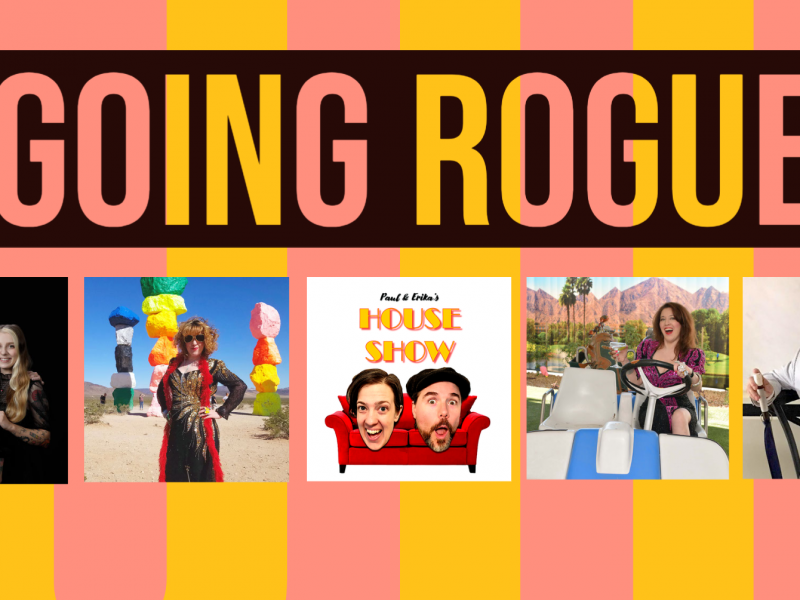 The festival is virtual this year, but the innovation and creativity keep Zooming along